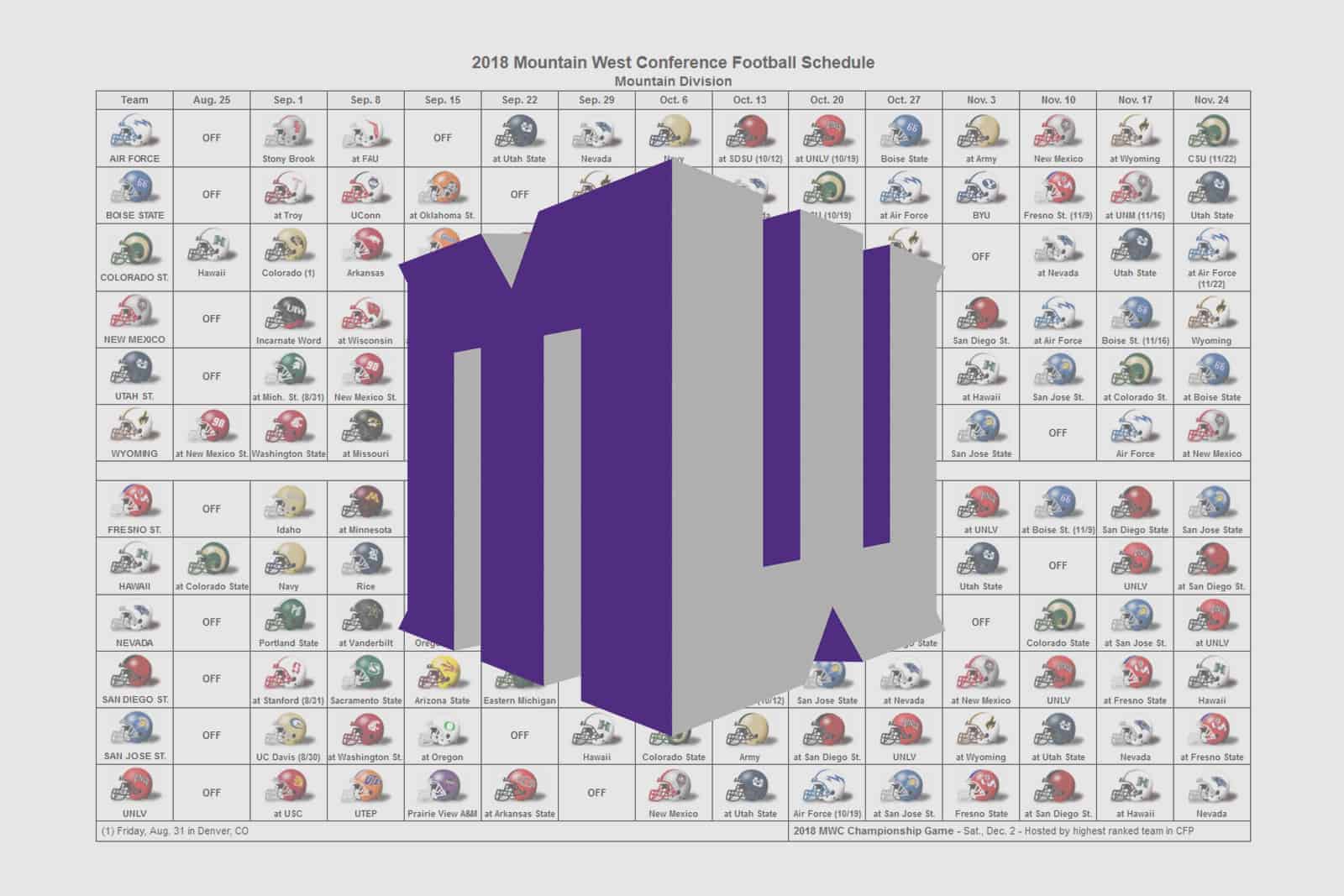 The 2018 season gets underway for the Mountain West in Week Zero on Saturday, Aug. 25, with two teams in action. The Colorado State Rams host the Hawaii Rainbow Warriors and the Wyoming Cowboys travel to take on the New Mexico State Aggies.

Five Mountain West teams will be in action against Power Five teams during Week 1 — Colorado State (vs. Colorado; in Denver), Utah State (at Michigan State), Wyoming (vs. Washington State), San Diego State (at Stanford), and UNLV (at USC).

The 2018 Mountain West Football Championship Game is set for Saturday, Dec. 1 and will be played at the home stadium of the Mountain or West Division winner.