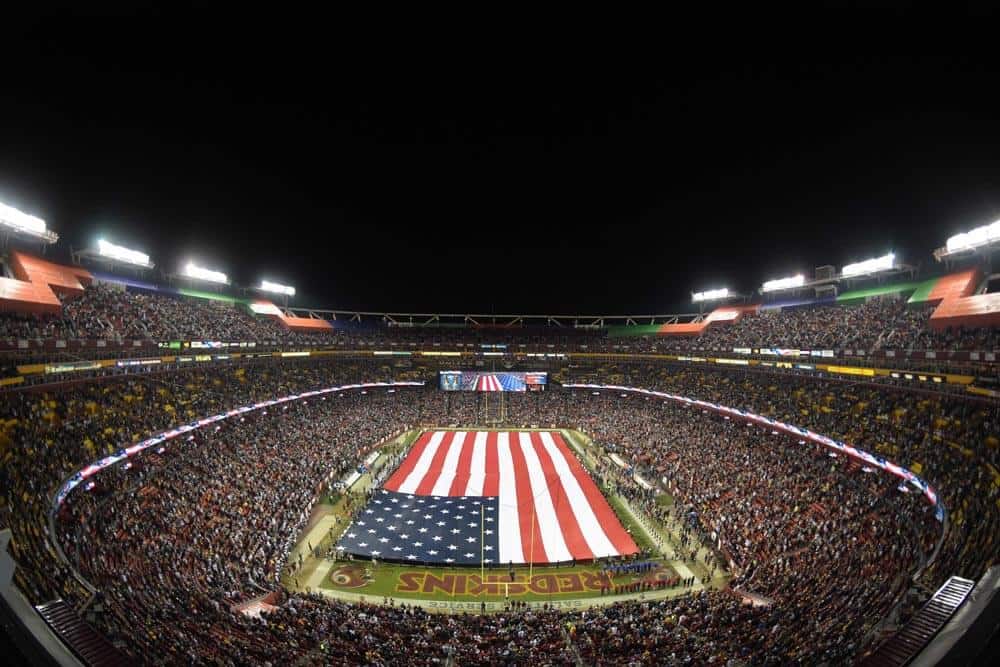 The 2017 West Virginia-Virginia Tech football game has been moved to Sunday, Sept. 3, the two schools announced on Friday.

The game, previously scheduled for Saturday, Sept. 2, will be nationally televised by ABC at 7:30pm ET at FedExField in Landover, Maryland.

“Thousands of our alums call Northern Virginia and the Capitol Region their home, so the chance to play in an NFL stadium in front of so many Hokies should be a great experience for our players and our fans,” Tech head coach Justin Fuente said. “We’re also excited to showcase our program on national TV for a primetime audience, as we renew our rivalry with a talented and well-coached West Virginia team.”

West Virginia and Virginia Tech have 51 times on the gridiron, but not since a 34-17 Hokie win in Morgantown in 2005. The Mountaineers still lead the overall series 28-22-1.

The date change means each team will have a short week prior to their next contest on September 9. West Virginia has a tuogher opponent in East Carolina, while Virginia Tech plays host to the Delaware Blue Hens.

Good move. Neutral site are getting bigger & bigger & so is Labor Day weekend, great 5 days of college football to get the season started.

well not what tamu/ucla wanted to see because they were thinking they would get on abc but not happening now with the 7:30/8 east coast time kickoff so maybe fox or fs1 will get it

There’s nothing wrong with having a day game in the Rose Bowl.

Great to see that there will be another primetime game on the Sunday prior to Labor Day. Hopefully ABC will have another game earlier in the day and make it a doubleheader.