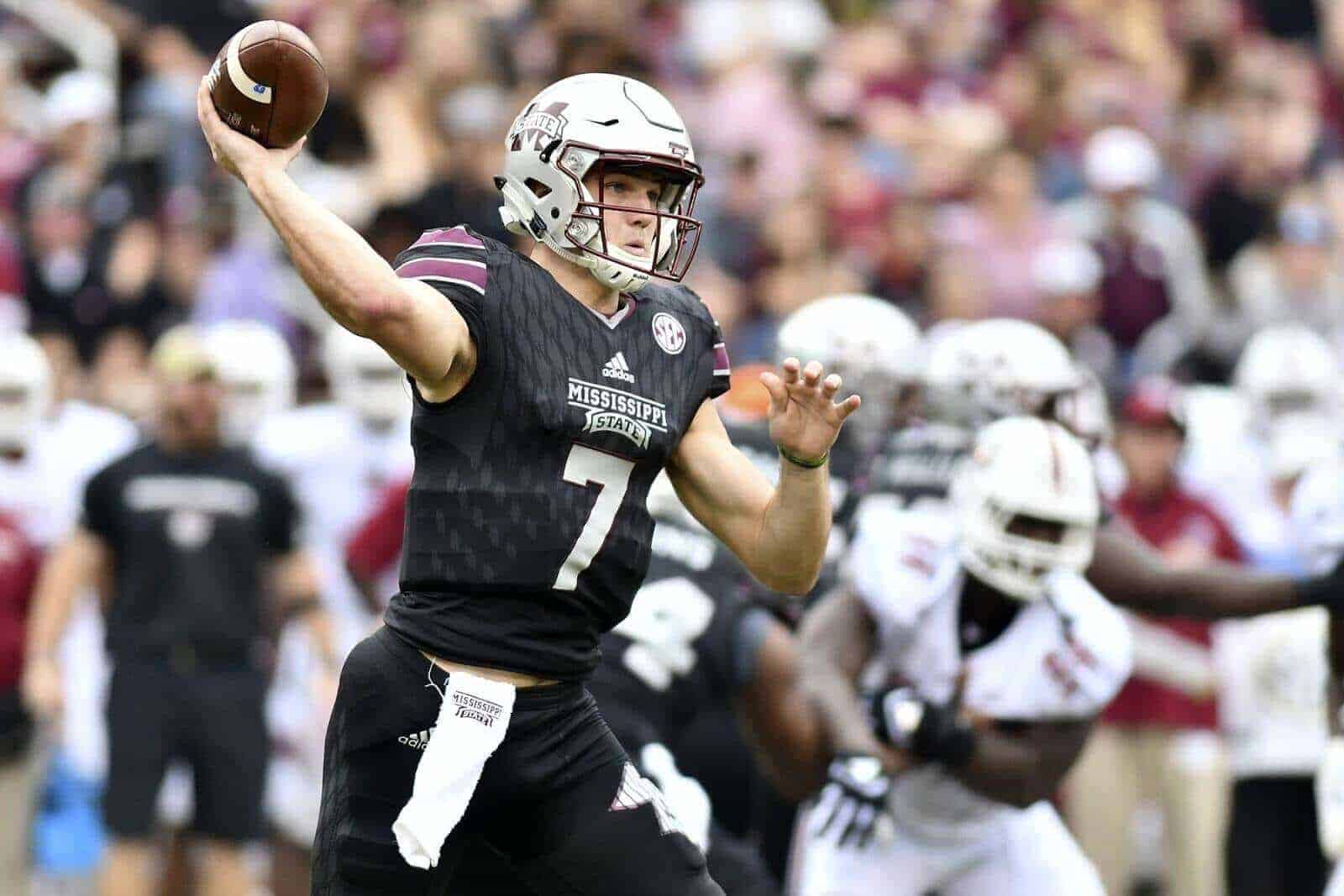 Welcome to Week 11 of 2017 SEC Football Predictions. I only missed two games last week, but I missed Florida’s entire November. Sorry, Missouri. I always seem to get you wrong.

This is a huge week for the SEC. Alabama, Georgia, Mississippi State, and Auburn are ranked in the top four of nearly every offensive and defensive statistical category in the conference. Georgia at Auburn and Alabama at Mississippi State headline Week 11 in the SEC and much of the nation.

The SEC Championship Game could be set at the end of the day’s games if Georgia beats Auburn and Alabama takes care of Mississippi State. Georgia clinched the East last week and Alabama will clinch the West if the Bulldogs and Tide take care of business Saturday.

With all that being said, let’s go predict some games.

Quick word of wisdom: LSU is coming off an encouraging showing against Alabama in Tuscaloosa. Arkansas is coming off a useless thriller against the 2016 College World Series Champion Coastal Carolina Chanticleers. LSU will win this game comfortably.
PREDICTION: LSU 34, Arkansas 7

Quick word of wisdom: Florida has thrown in the towel and Will Muschamp wants to slap Florida around the field for as long as the officials will allow it. South Carolina is winning this game big and for Muschamp, no margin of victory can be too large.
PREDICTION: South Carolina 59, Florida 7

Quick word of wisdom: The Rebels are fresh off sending the Georgia Bulldogs to the SEC Championship Game with their thrilling victory over Kentucky Saturday night in Lexington. Ole Miss should win their fifth game Saturday afternoon in Oxford.
PREDICTION: Ole Miss 38, UL Lafayette 21

Big game word of wisdom: Auburn has lost two games and both were on the road in stadiums aptly named Death Valley. Now Auburn must face the No. 1 team in the College Football Playoff rankings and SEC Eastern Division Champions, Georgia Bulldogs. The difference between this game and the two losses is the Tigers get to stay at home on The Plains for this battle against the Bulldogs.

This game resembles what the LSU-Alabama series once was. Physical defense. Great running game. Talented athletes all over the field. Saturday afternoon in Auburn could be one of the biggest wars this conference has seen since the Alabama-LSU Game of the Century in Tuscaloosa in 2011.

Like many college football fans, I can’t wait to see how this one plays out. I could see Auburn jumping on Georgia early, before the Dawgs and the Auburn fans inside Jordan-Hare Stadium settle down. Auburn’s weakness under Gus Malzahn has been the coaching staff’s inability to make any adjustments in the second half. Auburn can’t afford to come out hot in the first quarter before rolling around a self-soiled bed similar to the loss in Baton Rouge.

One statistical category that favors one team over the other is interceptions. Georgia is second in the SEC (51st nationally) with eight picks while Auburn is tied for last place with Tennessee in the SEC (113th nationally) with only four. The Tigers defense has only allowed nine passing touchdowns all season, so defending the pass is not as glaring of an issue as the low interception number would indicate for the Auburn defense. Although the Tigers defense has been relatively successful against the pass, the inability to pick the ball out of the air is crucial in big games like this. An interception can send a jolt of energy through the stadium that electrifies the entire team as well as the fans. It can also be the much needed nail in the coffin when the opposition is desperately trying to get downfield to get into field goal range or within striking distance of the end zone late in the game.

The intangibles that are surprisingly important in college football favor Auburn — home field, excitement, opportunity to sneak into the College Football Playoff, to name just a few. Every advantage outside of intangibles such as depth at running back, athleticism, coaching, and consistent play favor the Bulldogs and that is why I am taking Georgia in yet another classic in this storied series.
PREDICTION: Georgia 22, Auburn 17

Big game of wisdom: Both Kentucky and Vanderbilt have been spinning out since starting the season relatively strong. Vanderbilt is a 2-point favorite, but I don’t see them winning. Kentucky will win this game that is being played inside the large shadow of Georgia-Auburn.
PREDICTION: Kentucky 31, Vanderbilt 21

Big (ish) game word of wisdom: An Alabama win coupled with a Georgia win over Auburn sends the Tide to Atlanta for the fifth time in six years. Mississippi State could possibly provide a bigger challenge than LSU last week. Nick Fitzgerald may be the best quarterback Alabama has faced since D’eondre Francois in Week 1 against Florida State. Fitzgerald is not as dual of a threat as he is made out to be. His legs are great for a quarterback, but his arm is not. The dynamic play of quarterbacks like Deshaun Watson were fueled by superb precision and the ability to throw as well from the pocket as on the run. Alabama’s defense, although thinning at linebacker, and their own dual threat quarterback should be enough to survive the cowbells and spread option.
PREDICTION: Alabama 40, Mississippi State 7

Quick word of wisdom: Times are getting tough in College Station. They might beat New Mexico, though.
PREDICTION: Texas A&M 28, New Mexico 14

Quick word of wisdom: I can’t even type anything about this game. Missouri will fire Butch Jones at halftime because Tennessee just won’t rip off the Band-Aid.
PREDICTION: Missouri 37, Tennessee 3

Who would believe that in this day and time UT and UF are not going to a bowl game!

Big, big, big week of college football! One of the best of the season, many teams are going down & will shake up the CFP.
I will start off by saying I agree with all the picks but Mizz over Tennessee, I actually will say Tennessee will win this game, Mizz is probably so excited about thrashing the fighting gators that they will forget they’re playing this week & lose.
I would like to see Auburn win but would put my money on Georgia, Kirby Smart has done a wonderful job at Georgia in his 2nd year & I was 100% wrong about him, I thought since this was his 1st head coaching job that it would not pan through but he has, even if he loses today to #10 Auburn.
As for Bama, their defense is getting thinner & thinner & it is scary, I would not be surprised if Bama gets upset tonight playing at Starkville but until that happens, I will take Bama 32-10. If the Bulldogs can come out fast like in most years when Ole Miss put a whoopin on Bama from the start of the game, Miss St may have a shot. Miss St also struggled with UMass last week so what do I know.

As for the rest of the games
ND over The U, Kelly vs Richt, I would like to see Mark win but also would like to see ND in the final four for some strange reason, they’re looking good.
Oklahoma over TCU, I don’t think you are going to out score Mayfield anytime soon, they want their chance at CFP again & might get it.
Oklahoma St over Iowa St, the cyclones have put on a show but it may catch-up with them again this weekend, I just don’t think they have the strength to keep this magical season going, least they’re going bowling!
The Ohio State vs Michigan St, I got the Buckeyes, they are giving up to many points but I can’t see Urban Meyer losing two in a roll.
Wisconsin over Iowa, I will take the Badgers. This will be the 1st win over a top 25 teams this season & is the only reason they’re not getting any luv from the CFP, its not their fault that BYU is bad this year but then playing two smaller schools OOC & not having to play Michigan St, The Ohio St or Penn st, just makes their run easier.

Good luck to all.

The final score was Mizzou 50, and Tennessee 17. And yes. Butch Jones WAS relieved of his head coaching duties at Tennessee early today.