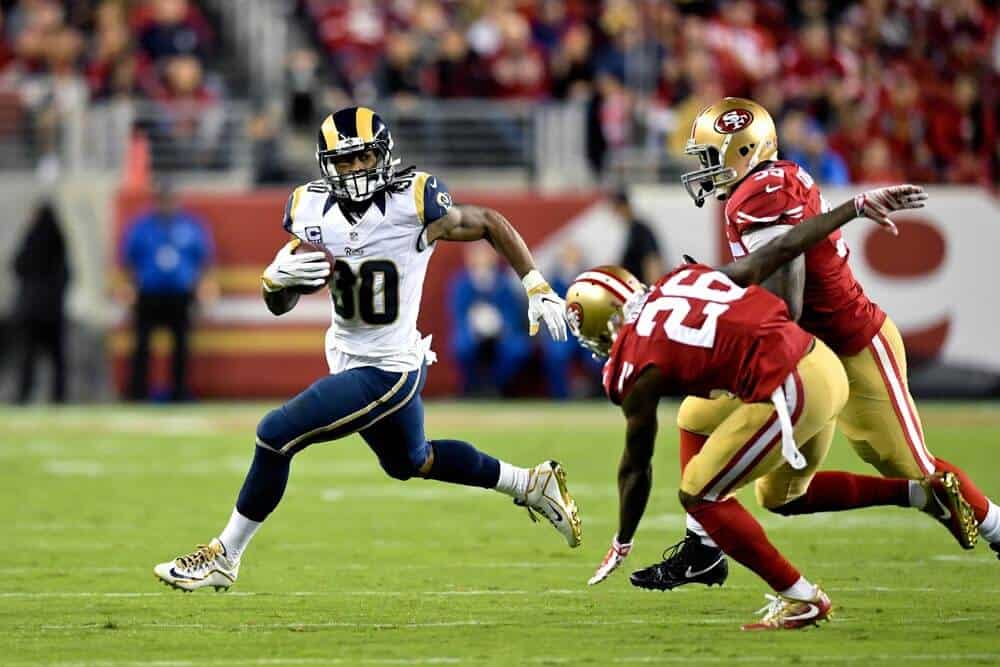 The 2017 NFL Thursday Night Football Schedule kicks off in Week 2 (Sept. 14) when the Houston Texans travel to face the Cincinnati Bengals. The game will be televised by the NFL Network at 8:25pm ET.

The defending Super Bowl champion New England Patriots will be featured on Thursday, Oct. 5 when they play at the Tampa Bay Buccaneers.

Overall, Thursday Night Football in 2017 will feature 18 regular-season NFL games, with three of those games played on a Saturday, one on a Sunday, and one on a Monday (see below).

Note: Chiefs-Patriots (Sept. 7) and Giants-Redskins (Nov. 23) will be played on Thursdays, but both games are part of the Sunday Night Football package.