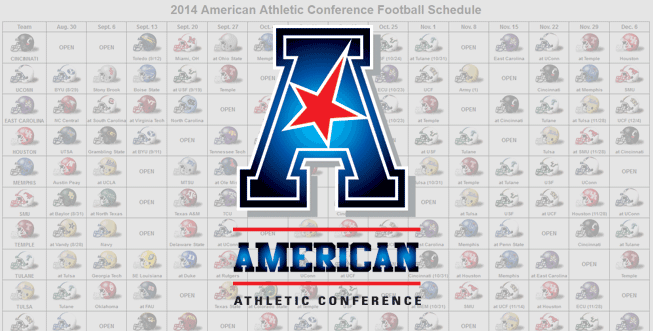 The 2014 AAC Football Helmet Schedule is now available. The PDF schedule features the helmets, date, and opponent for each American Athletic Conference team.

For the 2014 season, the American welcomes new members East Carolina, Tulane, and Tulsa. The 2014 AAC schedule was officially released on March 11, 2014.

I think If the American Athletic teams can not schedule the FCS schools, the conference can boost their respectability factor to the NCAA and not be slighted and looked upon as a second tier conference.