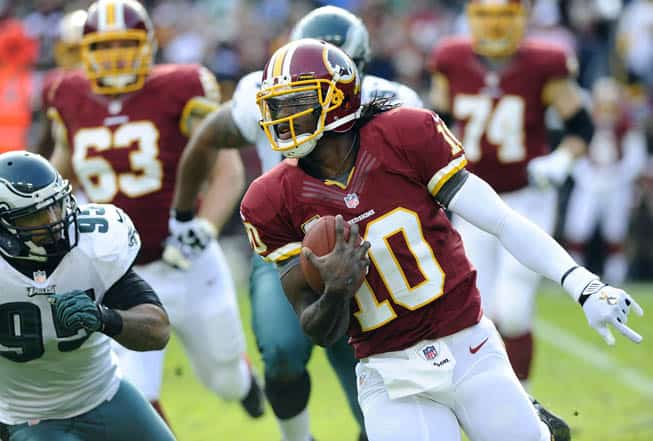 The 2013 NFL season is underway! Monday Night Football kicks off tonight (Sept. 9) with a doubleheader on ESPN. Philadelphia travels to take on Washington in an NFC East clash that kicks off at 6:55 p.m. ET. That game is followed by Houston at San Diego at 10:20 p.m. ET.