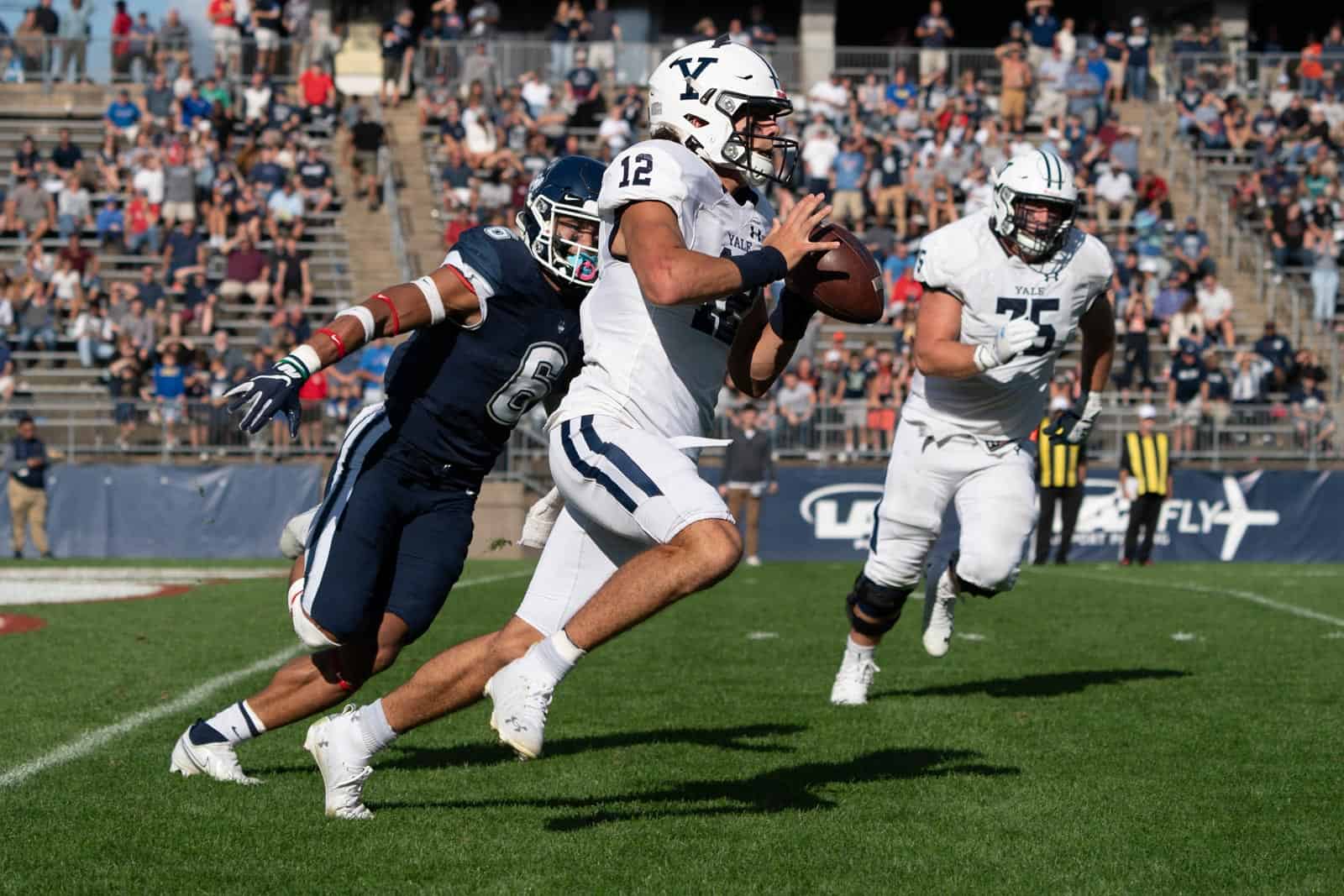 The Yale Bulldogs have completed their non-conference football schedule for the 2023 season, according to Ann-Marie Guglieri, Yale’s chief operating officer of athletics.

Guglieri revealed all three opponents for the Bulldogs in 2023 in the Yale Football Association Newsletter that was posted to their official athletics website. Yale will face Holy Cross, Morgan State, and Sacred Heart.

Yale will open the 2023 season at home at the Yale Bowl in New Haven, Conn., against the Holy Cross Crusaders on Saturday, Sept. 16. That contest is part of a 12-game, home-and-home series that was announced back in 2014.

The Bulldogs and the Crusaders have played 36 times in their history, with Yale leading the all-time series 29-7. The schools last met earlier this season on Sept. 17, with the Crusaders posting a 38-14 victory at home.

On Saturday, Sept. 30, Yale will welcome the Morgan State Bears, a Historically Black College and University (HBCU), to New Haven. In their first and only gridiron meeting, Yale defeated Morgan State 41-0 on Oct. 6, 1984.

The date of that game was obtained via a public records request to Morgan State University.

Yale’s third and final non-conference opponent in 2023 will also be at the Yale Bowl against the Sacred Heart Pioneers. The game is scheduled for Saturday, Oct. 14, per the school.

The 2023 Yale-Sacred Heart contest will mark the first-ever meeting between the two schools on the gridiron.

In Ivy League action in 2023, Yale is scheduled to host Cornell, Penn, Columbia, and Harvard and travel to Dartmouth, Brown, and Princeton.

When is Yale visiting Mercer to complete the H/H series?

When will UConn man up and start playing Yale again?