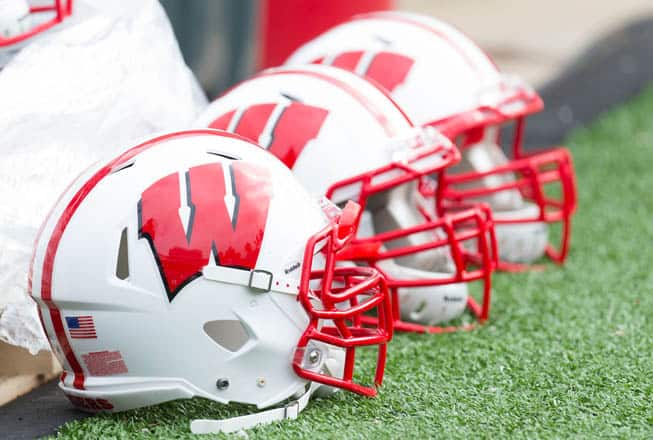 The Wisconsin Badgers have added Hawaii, Florida Atlantic, and Troy to their future football schedules, UW announced this afternoon.

Wisconsin and Hawaii will play three games, essentially a two-for-one series, with the first contest being held at Camp Randall Stadium in Madison on Sept. 26, 2015.

The Badgers will travel to face the Rainbow Warriors at Aloha Stadium in Honolulu on Sept. 4, 2021. Wisconsin will then host the third and final game of the series on Sept. 17, 2022.

A single home game against Troy has also been scheduled for Sept. 19, 2015. That game coupled with the addition of Hawaii completes Wisconsin’s 2015 football schedule. The Badgers open the season vs. Alabama at Cowboys Stadium in Arlington and also host Miami (OH).

Wisconsin also announced today the addition of a home game against the Florida Atlantic Owls on Sept. 9, 2017. The Badgers previously announced 2017 games at BYU and at USF (Sept. 16).

However, the official release today by UW did not mention a BYU contest in 2017. Instead, the Badgers stated the following (emphasis added):

In 2017, in addition to a previously scheduled game at USF, UW has added a home game against Florida Atlantic. Wisconsin has a number of other non-conference games set for future years beyond 2017. The opponents include BYU, Washington, Virginia Tech and Washington State.

Additionally, BYU is not listed for 2017 on Wisconsin’s official future schedules.

That likely means that the 2017 Wisconsin at BYU game has been postponed to a later season. The Badgers may be trying to schedule another home game in 2017 to give them seven for that season.

As per the announcement last October, Wisconsin is slated to host BYU in 2018. An exact date for that game was never revealed, and it’s possible that game could be on the move too.

Wisconsin has informed us that they will now travel to BYU in 2019. The 2018 game in Madison remains as scheduled.