Which teams are scheduled to play the most ranked opponents in 2018? 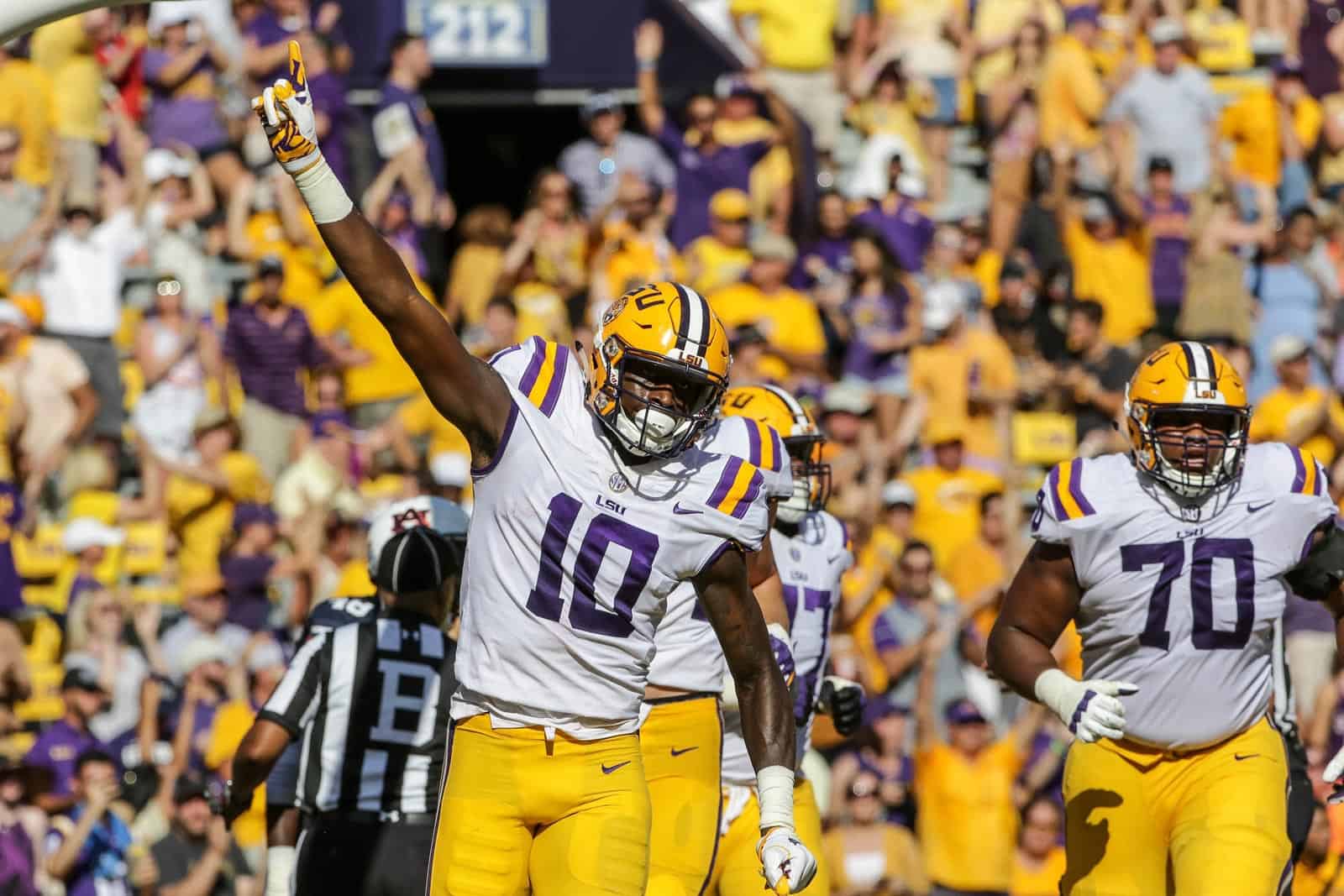 The preseason Coaches Poll is out.

Though the release of the first Top 25 has varied degrees of impact, from a schedule-strength standpoint it provides a new lens to look through.

Instead of predicting which teams potentially have the toughest combination of opponents, now we can gauge the conversation against concrete rankings.

The results illustrate, once again, that all schedules are not created equal. Of the 130 FBS teams set to compete this season, a paltry 16, or 12%, are slated to play five-plus members of the preseason Coaches Poll.

By conference, it’s a whopping eight members of the Big 12, three each from the Big Ten and SEC, and one a piece from the ACC and Independents. The Pac-12 is the only Power conference not represented.

Due to the Big 12’s non-divisional, round-robin format, its five unranked members are set to play each of the five ranked members. For Baylor, Iowa State, Kansas and Texas Tech, none of which have a ranked opponent outside of Big 12 play, it means, if the preseason rankings hold, that they’ll each play five Top 25 foes. That leaves K-State, which notches things up a level, a situation we’ll discuss below.

The upside is that, except for the No. 5 Sooners, the rest of the Big 12’s ranked members fall outside of the Top 15. That means that collectively, the strength of the ranked opponents is lesser than that found in the ACC, Big Ten or SEC.

The Cowboys add a Week 3 visit from (22) Boise State to their four dates against fellow ranked Big 12 members. Though there is lots of football to be played between now and November, they have one of the toughest finishes to the regular season with consecutive dates at (5) Oklahoma (Nov. 10), vs. (20) West Virginia (Nov. 17), and at (16) TCU (Nov. 24).

Texas adds a Week 3 visit from the No. 15 Trojans to its conference slate. Given that the game with (5) Oklahoma is neutrally sited in Dallas, it will only play one of its five ranked foes in a true road test. That’s an Oct. 27 date in Stillwater, where the Longhorns fell during their last visit, in 2016, for only the second time in history.

Notre Dame finds it’s way on our list by booking (14) Michigan for the first time since 2014 and for drawing two of the four ranked ACC members in the “conference” portion of its schedule. The good news is, it’s got the two lower ranked ACC teams, thereby avoiding (2) Clemson and (8) Miami, Fla.

TCU’s Week 3 clash with (3) Ohio State in AT&T (formerly Cowboy) Stadium earns it the toughest set of ranked opponents in the Big 12. Adding to the challenge, the Horned Frogs travel to Austin to play the No. 21 Longhorns the Saturday directly following their test vs. the Buckeyes.

The only ACC team with five-ranked opponents on its schedule, Pitt gets (17) Virginia Tech and (8) Miami Fla. in divisional play and then adds (9) Penn State, (23) UCF, and (11) Notre Dame in non-conference action. The only unranked non-ACC foe on its slate is Albany.

If the Panthers had drawn (2) Clemson or (19) Florida State as their rotating foe from the ACC-Atlantic as opposed to Wake Forest, it would have made them one of only two teams in the nation with six Top 25 opponents.

The first of the three SEC members listed, all hailing from the West division, the Aggies have the unfortunate dilemma of being one of only two FBS teams scheduled to play the top two ranked teams in college football this season. To add to the difficulty, A&M gets the two powerhouses early, hosting (2) Clemson in Week 2 and visiting (1) Alabama in Week 4. It does get a break in cross-division action, drawing Kentucky, not (4) Georgia, as it’s rotating opponent from the SEC-East.

The first of the three Big Ten members on our list, all from the East, Maryland adds a season-opener vs. (21) Texas to the Murder’s Row in divisional play. Perhaps the toughest two-game finish in college football, the Terrapins host (3) Ohio State on Nov. 17 and wrap-up at (9) Penn State on Nov. 24.

Auburn adds a neutral date with (6) Washington in the opener to its SEC-West slate and its annual matchup with permanent cross-division rival (4) Georgia from the East. Its only home game against a member of the preseason Coaches’ poll is a Week 3 visit from (24) LSU.

Rutgers draws (7) Wisconsin in cross-divisional play this season, thereby playing all three Big Ten teams ranked in the Coaches’ preseason Top 10. If that weren’t enough, the Scarlet Knights get the Badgers on Nov. 3 in Madison, the front end of a four-game, season-finishing salvo that also includes games vs. (14) Michigan (Nov. 10), (9) Penn State (Nov. 17), and at (12) Michigan State (Nov. 24).

Not only does Michigan, like Rutgers, draw (7) Wisconsin from the West, they add a season-opener at (11) Notre Dame into the mix. The Wolverines also get (3) Ohio State on the road, where they’ve lost eight straight since 2000.

LSU opens against the No. 8 Hurricanes and then draws (4) Georgia as it’s rotating opponent from the SEC East. If Florida (LSU’s permanent cross-division rival, who received 135 votes in the preseason Coaches’ poll technically making the Gators No. 27) were properly ranked, it would put the Tigers’ schedule into the next stratosphere.

The only silver lining is that LSU has only one true road date with a ranked foe, the Week 3 trip to Auburn.

Though Kansas State’s average Top 25 opponent rank is the lowest among any of the teams featured here, it’s also the only FBS team set to play a whopping six members of the Coaches’ preseason poll.

Is Texas A&M the toughest schedule to make the Playoff with #1 and #2 preseason on the schedule plus 3 more Top 25 teams.

Or is it UCF and every Group of 5 team that is scheduled to play no ranked teams?

Tom I would say Auburn with 3 in the top 6 has the most daunting schedule.

Michigan with 5 teams ranked above them