What happened to the 10 teams with the toughest schedules in 2019? 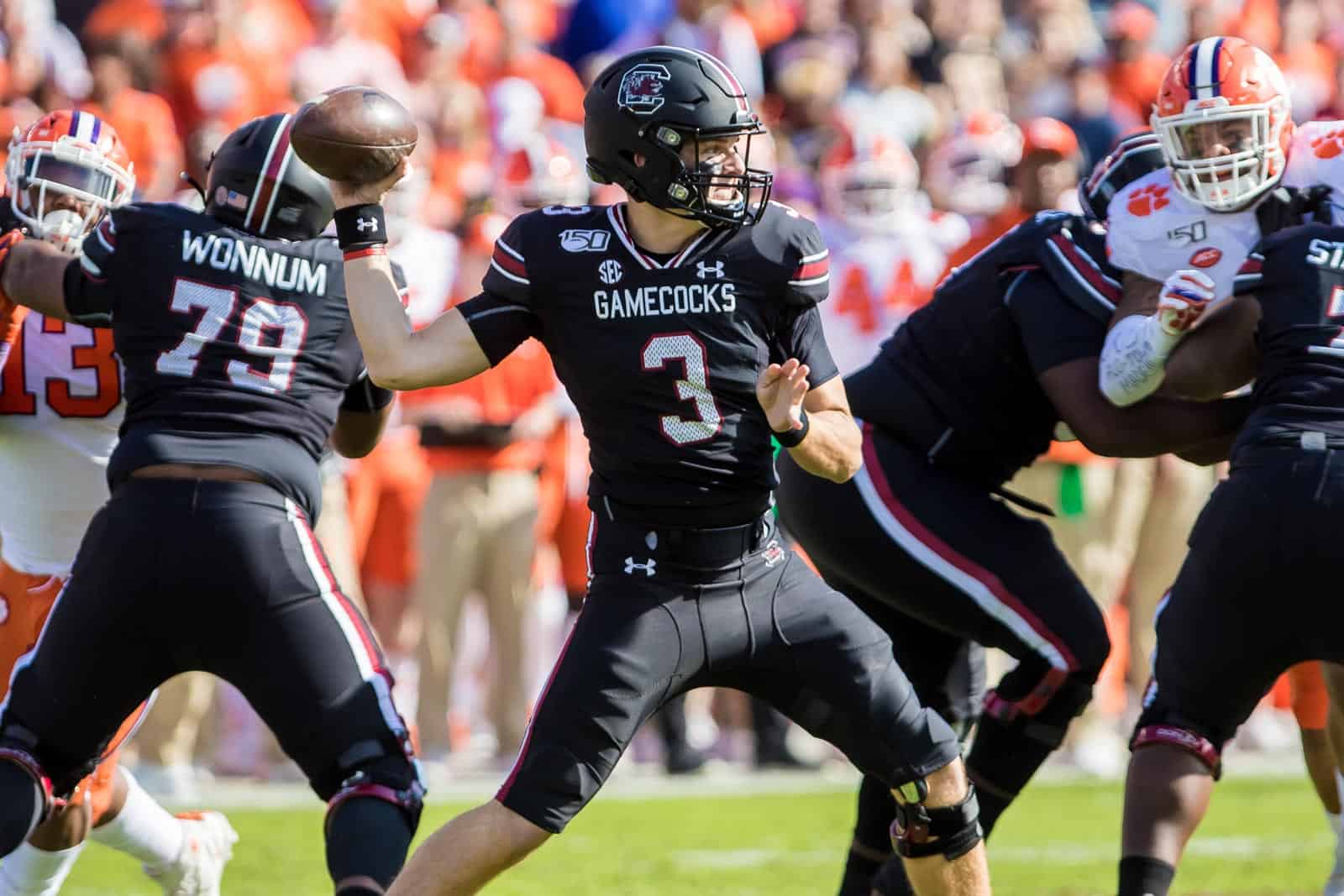 Included in Phil Steele’s 2019 preseason magazine were his comprehensive “toughest schedule” rankings. Here’s a look at how each of the programs with the hardest slates fared last season. Combined, the ten went 81-48 – seven finished with winning records, four finished ranked in the final AP poll, and just one was crowned a champion at any level.

The teams that excelled despite an exceptionally difficult schedule earn extra credit. Those that crumbled deserve a dollop of extra grace.

The Gators doubled up on Power 5 non-conference opponents but also played a pair of FCS teams, in cross-division play they drew top-ranked Auburn as their rotating foe from the West. They went 1-2 vs. ranked opponents and finished second in the SEC East. It’s the first time they’ve won 10-plus games since 2012.

Georgia, which went 12-2 and won the East, was ranked No. 13 in Steele’s schedule rankings.

Michigan didn’t play an FCS team in 2019 and drew Wisconsin and Iowa (two of the top three teams in the West) in cross-division play. It went 2-4 vs. the Top 25 and finished third in the Big Ten East race.

Ohio State and Penn State – which finished one and two in the East division – were ranked No. 17 and No. 42 respectively in Steele’s schedule ratings. The Buckeyes went 13-1 and finished at No. 3 in the AP while the Nittany Lions went 11-2 and were No. 9.

In non-conference play, UCLA played three teams that combined for a 33-8 record in 2019 – the Sooners won the Big 12, the Bearcats were runners up in the AAC and the Aztecs tied for first place in the MWC-West. The Bruins went 2-2 vs. ranked opponents and finished tied for third in the Pac-12 South.

While the Volunteers did book BYU in 2019, they did not technically face a Power 5 member outside of SEC play. They drew Mississippi State as their rotating foe from the SEC-West. Despite going 0-3 vs. ranked opponents, they finished third in the East division and posted their best record since 2016.

The Tigers drew Vanderbilt as their rotating opponent from the SEC East. They went 7-0 vs. ranked foes.

Alabama (11-2) – which finished two games behind LSU in the West division – was ranked No. 44 in Steele’s schedule ratings.

The Buffaloes drew Oregon, Washington, Stanford and Washington State from across the Pac-12 in the North. In non-conference play it faced Nebraska (which was ranked early but dropped out of the Top 25 by Week 2) and Air Force (which finished 11-2 and ranked No. 22). Colorado finished fifth in the Pac-12 South and went 2-2 vs. ranked opponents.

Arizona State (8-5) – which finished just ahead of the Buffs in the division race – played a schedule ranked No. 60 by Steele.

Texas A&M played away games against both teams that went on to play in the 2019-20 CFP title game. It also drew Georgia as its rotating opponent from the SEC East. The Aggies finished fourth in the West and went 1-5 against the Top 25.

Alabama (11-2) and Auburn (9-4) – which finished two and three in the divisional race – were ranked No. 44 and No. 2 respectively in Steele’s schedule ratings.

USC drew top contenders Washington and Oregon to go along with its standing dates with Stanford and Cal from the Pac-12 North. It finished second in the South division race and went 2-4 vs. ranked opponents.

Utah (11-3), which beat out the Trojans by one win for the title in the South, was ranked No. 55 in Steele’s schedule ratings.

Auburn drew a roadie at Florida as its rotating cross-division opponent and played LSU in Baton Rouge. It finished third in the SEC West and went 3-4 vs. the Top 25.

As mentioned above, Alabama finished a game ahead of Auburn in the divisional race, a feat made easier with a schedule ranked No. 44 by Steele.

Not only did South Carolina double-up on Power opponents in non-SEC play, it drew Alabama as its rotating opponent from the West. The Gamecocks tied with Kentucky and Missouri for third in the East division and went 1-3 vs. ranked foes.

LSU won the national championship with one of the toughest schedules in the country. They had not been to the playoff before. I suspect that if you are not a regular Playoff team you need a little extra to make the playoff.

Now LSU was the #1 seed and undefeated. However a one loss LSU would have probably made it as well because of the tough schedule and the wins over ranked teams.