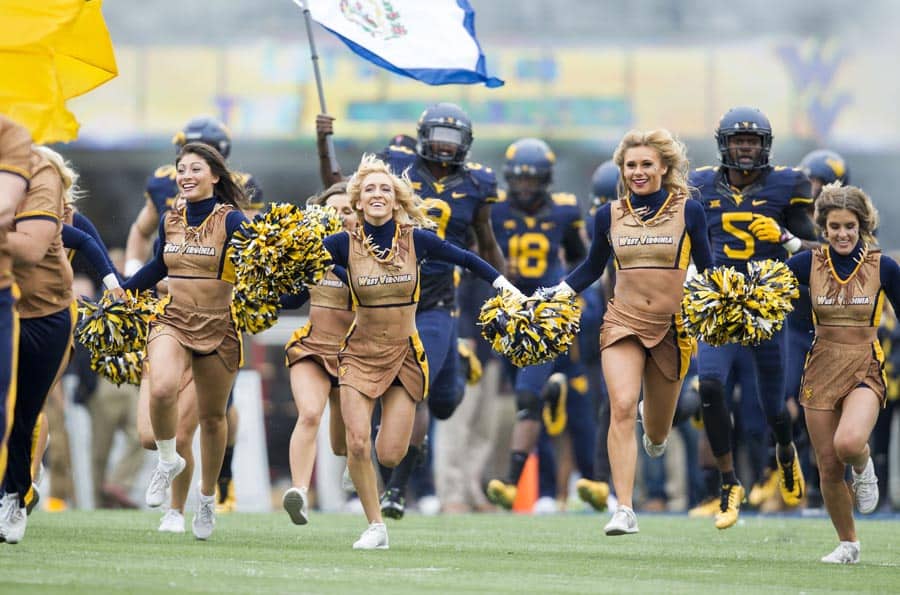 The West Virginia Mountaineers have added the Eastern Kentucky Colonels to their 2020 football schedule, FBSchedules.com has learned.

West Virginia will host EKU at Mountaineer Field in Morgantown on Sept. 12, 2020. The Mountaineers will pay the Colonels a $450,000 guarantee for the game, according to a copy of the contract obtained by FBSchedules.com from West Virginia University via a state Freedom of Information Act request.

EKU is a member of the Ohio Valley Conference (OVC) in the Football Championship Subdivision (FCS). The Colonels finished the 2017 season 4-7 overall and 3-5 in OVC action.

As a result of adding EKU, West Virginia has postponed their game at East Carolina that was scheduled for Sept. 12, 2020. The Mountaineers will now travel to face the Pirates in Greenville on Sept. 19, 2026, according to a copy of a second amendment of the game contract obtained by FBSchedules.com.

This is the second time that West Virginia has pushed back their game at East Carolina. The two schools originally agreed to a six-game series back in 2008. Games set for 2013 through 2016 were later canceled, leaving only games in 2017 in Morgantown and 2018 in Greenville.

West Virginia beat East Carolina 56-20 last season in Morgantown. The two schools were supposed to meet in Greenville in 2018, but the game was pushed back to 2020 before it was moved, most recently, to 2026.

This is total BS. After ECU beat WVU 24-3 in Greenville, the Mountaineers never planned to travel back to Greenville ever again. WVU should just buy out the contract at this point. It’s ridiculous.

You guys haven’t updated either schools future schedules yet. Is this a done deal?

Yes, I just forgot to update the schedules. They are updated now.