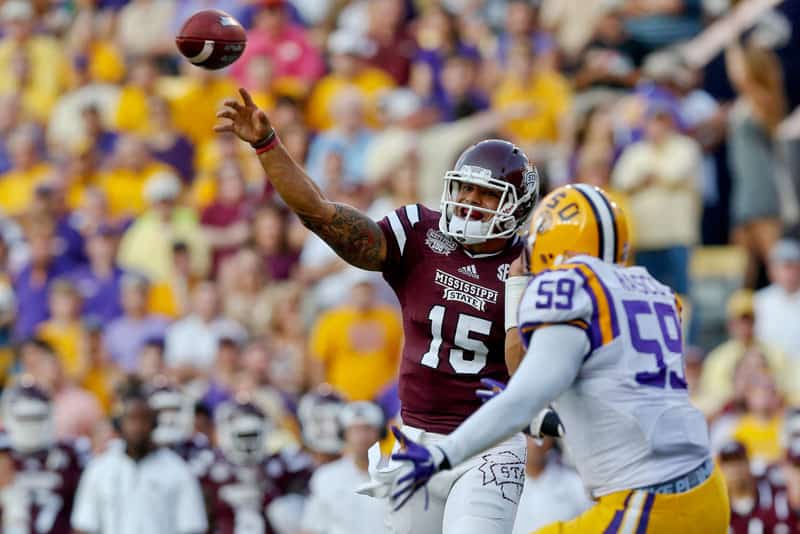 One thing about the fourth week of college football is for sure – there were an abundance of fantastic games, as well as a few more upsets.

Let’s break some of them up into categories.

These four are truly the “Best of the Best” week four games. The top-ranked ‘Noles were without star player Jameis Winston, who was serving a one-game suspension, and backup quarterback Sean Maguire held down the fort and led the ‘Noles to an overtime victory. Although it came a little sloppy, it was still an impressive mark in his career.

The Crimson Tide bested the Gators by what ended up being a sloppy score, but that is thanks to a tired, and shaken up, Gator defense combined with the poor decisions of new Gators offensive coordinator Kurt Roper. Roper elected to let Driskel take reps under center and saw numerous tweeters, including Emmitt Smith, call for freshman Treon Harris to be put in. But, it should be noted that the Gators scored all three touchdowns on Alabama turnovers.

The Sooners-Mountaineers and Tigers-Wildcats contests were way too close for comfort for the higher ranked teams. But a win is a win and neither of the losers are ones to sleep too much on.

Mississippi State just barely squeaked out a win over LSU – and even better, it was at Death Valley – at night. The Pirates straight up put the Tar Heels to shame with a 70-41 victory. ECU is a very impressive team this year and should be a fun one to watch as the season progresses – especially in bowl season.

Utah stunned the Wolverines and just moved Brady Hoke one step closer out the door as Wolverines head coach. Meanwhile, Missouri, who had a fantastic 2013 campaign, was shocked by the Hoosiers. They pulled off a huge upset and, at the same time, made a name for themselves this season.

These three games are serious toss ups. The Arkansas State-Utah State game was very close and ended in overtime, but I’m not too sure how I feel about either team at this point in the season. The Gamecocks squeaked a victory over the ‘Dores, but frankly, I expected a much bigger margin of victory.

The Ducks came into the game ranked number two (and stayed in the same slot in the new AP Poll), but almost suffered a huge upset at the hands of the Mike Leach-led Cougars. The Ducks better be careful, or they could find themselves out of the playoff picture.

I was actually impressed with Florida against Bama. I know the stats & score but the Gators played tough in the 1st half & caused 3 turnovers for TD’s. Happy to see Miss St win a big one finally! I know LSU will bounce back but want to see what Miss St does with this win. ECU 70! WOW! Mizz & Michigan big disappointments, not sure where Michigan is headed this year at all, sad.

Who Saw That Coming?
East Carolina over North Carolina 70-41

ECU won by 24 in Chapel Hill last year (55-31), and has four ACC wins in a row. If you didn’t see that coming, you weren’t paying attention. I’d have been more shocked if UNC kept it within 10.