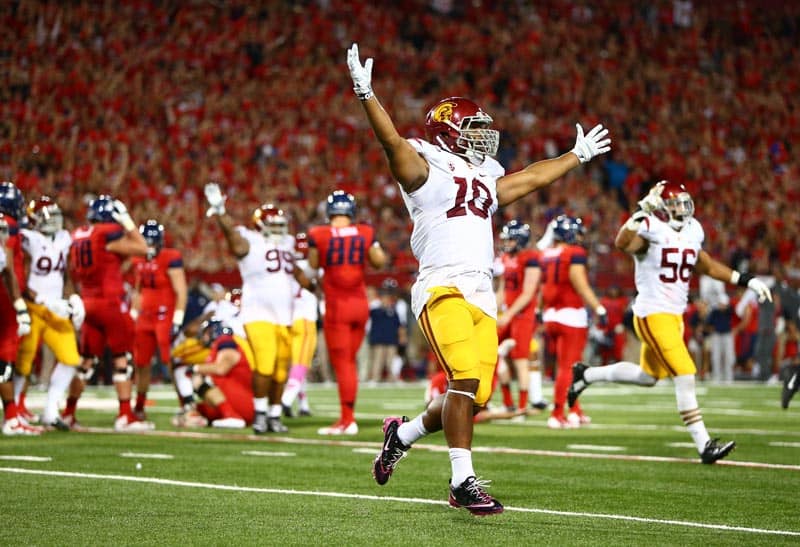 The state of Mississippi has two college football teams in the top three in America and it’s also time to categorize some college football games from over the weekend — one of those I did not think I would ever type.

The Yellow Jackets just barely lost to Duke, a team who has shown over the last year or so that they are not a team to sleep on. On the other hand, the Arizona Wildcats have had a phenomenal year, and still are, but will have to get past this loss – which they should have no problem doing.

These three games are considered toss up games because frankly, I don’t know how I really feel about them. I mean, Oregon and UCLA aren’t really what they were last year and neither is Georgia and Missouri. Meanwhile, Alabama isn’t what everyone thought they would be this season and Arkansas is, well, Arkansas.

Re: Alabama. A win is a win. Sure they don’t look like what we have become accustomed to recently. The bar is so high that some fans expect an undefeated season every year and all wins by at least 2-3 touchdowns. Personally, I’d rather expect that, than be surprised by it. Stumbling may be just what this team needs for a reality check. The “D” looks stout and kept the team in the Ark game. As long as they keep winning and stay competitive, as we know-anything can happen. I will take my pissed off coach any day over the alternative.

Yeah, Bama is not looking to good. It seems as the coaches are a little out of sync, the players are not handling the ball very well, turnovers, sloppy plays & of course injuries is changing the form of the team. Not sure if it is for the better, the West is on fire this year & Ole Miss/Miss St almost look unbeatable (congras to them!). I agree, a reality check is what they need but also come together as a team & if your going to lose, lose early. Like you said, you never know.