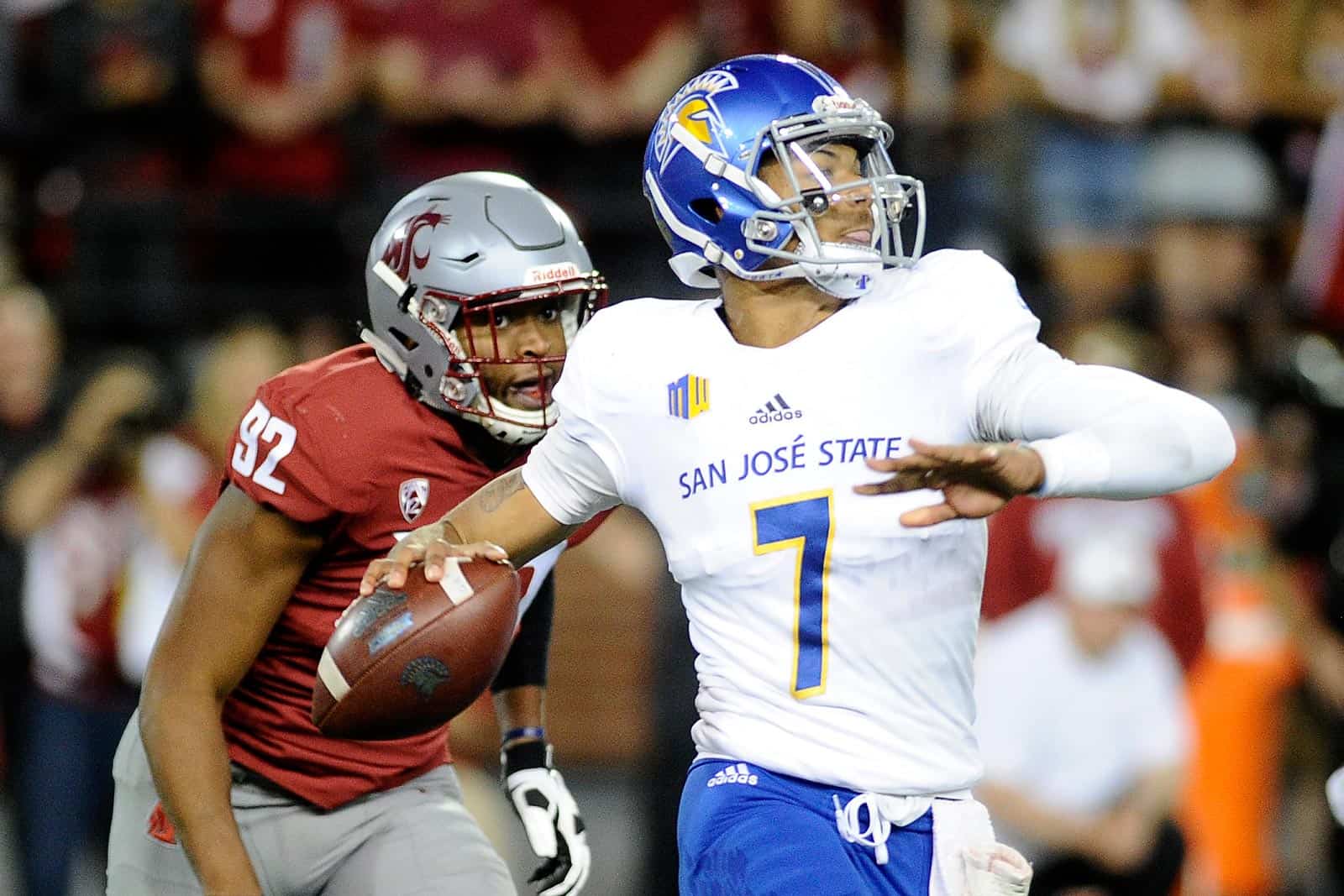 The Washington State Cougars and the San Jose State Spartans have scheduled a home-and-home football series for the 2024 and 2031 seasons, both schools announced on Wednesday.

Washington State and San Jose State first met on the gridiron in 1955 and have played 13 contests overall. In their most recent matchup in 2018, the Cougars shutout the Spartans 31-0 in Pullman to extend their advantage in the series to 8-4-1.

With the addition of San Jose State, Washington State has completed their non-conference schedule for 2024. The Cougars are slated to open the season at home against Portland State on Aug. 31 before traveling to face San Diego State on Sept. 7.

“We are excited about this home-and-home series against Washington State,” San Jose State University Director of Athletics Jeff Konya said. “One Spartan Nation should be excited for seeing the Cougars visit San Jose for the first time since 1968.”

San Jose State has also completed their non-conference schedule in 2024 with the addition of the road contest at Washington State. The Spartans are set to open the season at home against Sacramento State on Aug. 31 before traveling to play USC on Sept. 7 and hosting ULM on Sept. 14.

San Jose State also announced today that their home game in 2025 against the Idaho Vandals has been moved up to Saturday, Aug. 23, which is Week Zero that season.