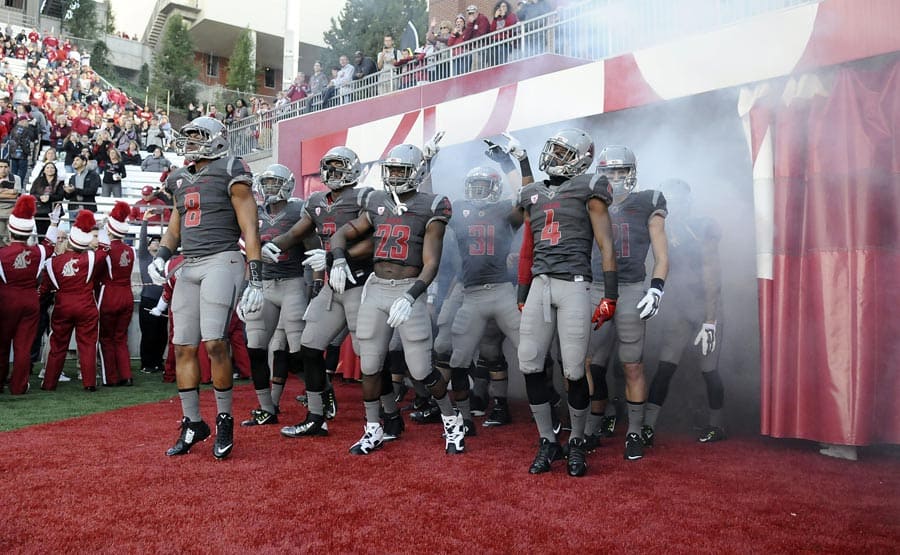 The Washington State Cougars and the Central Michigan Chippewas have scheduled a home-and-home football series for 2019 and 2021, The Seattle Times has reported.

In the first game of the series, Washington State will travel to face Central Michigan at Kelly/Shorts Stadium in Mount Pleasant on Sept. 14, 2019. The Cougars will then host the Chippewas at Martin Stadium in Pullman on Sept. 4, 2021.

Washington State and Central Michigan have never met on the gridiron.

The addition of Central Michigan tentatively completes Washington State’s 2019 non-conference schedule. The Cougars are also slated to host Northern Colorado on Sept. 7 and BYU on Oct. 12.

Central Michigan now has two games set for their non-conference schedule in 2019. CMU is also slated to open the season at Wisconsin on Sept. 7.

The 2021 matchup is the first announced non-conference opponent for both schools for that season.

Not dissing Central Michigan, but the Cougars are scheduling for nothing more than a chance for an at-large berth in a mid-December bowl game. This season’s game versus Rutgers game will be Wazoo’s last with a P5 OOC opponent until 2022. Probably will have gone through two more coaches by then. Tough to establish a competitive program in Pullman. Besides the Pac 12 revenue, the Cougs would be much better off in the MWC.

In 2019 Wazoo plays 9 p5 teams in conference plus byu which most consider a p5 equivalent; that’s more power 5 games than Baylor plays or most Sec schools so I don’t think the gripe has merit. If Wsu is competing for a playoff spot then maybe different story.

Washington state in the pac12 where they have 100 year rivalry with the northwest schools along with the opportunity to be in a conference with great academic institutions such as Stanford, Cal-Berkeley , UCLA.
Not to mention the revenue they receive. The idea of them giving that up is ridiculous.