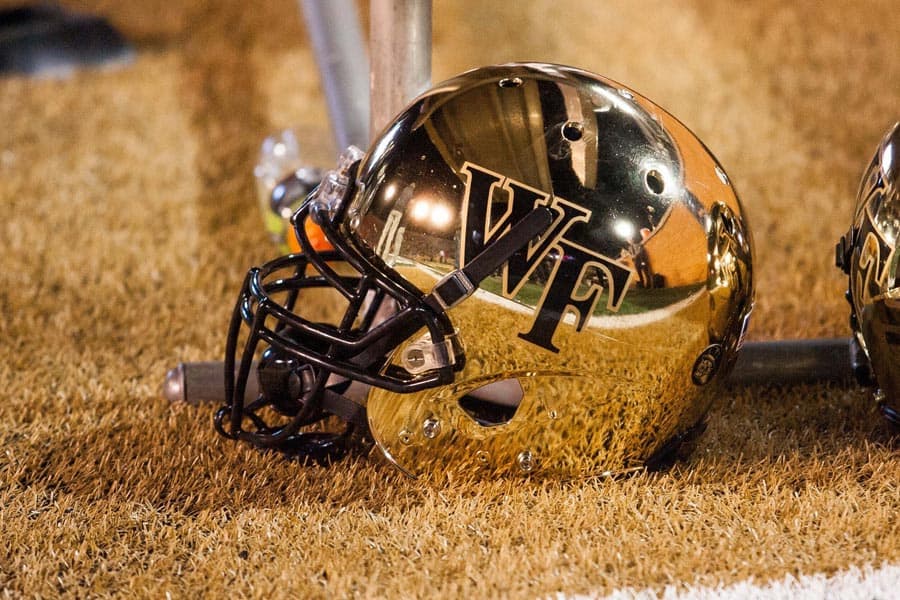 Wake Forest Director of Athletics Ron Wellman has announced the addition of 13 games to the Demon Deacons’ future football schedules.

Wake Forest and Army have met 14 times previously and the Demon Deacons lead the overall series 10-4.

In 2022, Wake will begin a home-and-home series at Vanderbilt, with the return game set for Winston-Salem in 2023. The Commodores lead the overall series against the Demon Deacons 10-6 and have won the last three meetings.

Northern Illinois is scheduled to visit Winston-Salem in 2021, and Air Force will visit the following season in 2022. Wake Forest is currently 0-1 against Air Force and 1-1 against NIU.

In the release today, Ron Wellman also confirmed that BYU will now count towards the ACC’s scheduling requirement of one Power Five program per year beginning in 2017.

“The ACC athletic directors have agreed that each ACC school will play a football non-conference opponent from the SEC, Big 10, PAC 12, Big 12 or Notre Dame or BYU annually,” Wellman wrote.

Wellman also addressed the rising cost of one-time “buy” games and said that he prefers series instead.

“The financial guarantees that non-conference opponents are receiving today for “buy games” have doubled and tripled from just a few years ago. Therefore, it is more realistic to play a home- and- away series against quality opponents than to “buy” one-time games.”

I love how Wellman bought five “buy games” and then made this statement:

“The financial guarantees that non-conference opponents are receiving today for ‘buy games’ have doubled and tripled from just a few years ago. Therefore, it is more realistic to play a home- and- away series against quality opponents than to ‘buy’ one-time games.”

Air Force and NIU are return trips from deals in the late 90’s early 00’s where those schools have pushed back as far as they could. Glad they’re finally confirmed.

It is a good thing they at least played in 1 Orange Bowl (2006), because the above scheduling is a joke. So the only team they are playing from a P5 conference in the next 11 years is Vanderbilt. This is why ACC Football is a joke.

Wake also has the following previously announced games from 2017 on:

Having a conference opponent as a non-conference game is a joke to me. I’m willing to bet both UNC and Wake Forest won’t be competing for a title when they play. The ACC is losing creditability for letting that happen.

For a top academic institution like Wake this is a very good schedule … Its exactly who they should be playing … Nice job … And Coach Clawson is going to have the Deacs playing good in a couple of years … I see a bunch of bowl seasons here … Nice scheduling !!!

It’s been way too long since ECU/WFU played. I’m with you.

Also, note the ACC is not counting Army as P5… unlike the lolSEC which counts them.

Haha, You’re so funny… not. Are there actually any SEC teams that have Army on their future schedules???

Actually what “StrickDeac” wrote is wrong, at least as it concerns NIU. It was not NIU pushing the game back but rather a very scared Wake Forest team.

Wake was hoping to “ride out the wave” on NIU’s “run” but it turns out that NIU isn’t going anywhere and is in fact only getting stronger the longer they wait. So they finally decided to “bite the bullet” and take their beating like men.

KUDOS to you, Deacons.

ACC Football is a joke I mean why in the he’ll would you schedule a team in your conference as a non conference game! And furthermore, not only Wake but all the ACC schools did a sorry job of scheduling in the future if they want to overpower the other P5 schools! The ACC should just stick to the sport they are good at and that’s Basketball not Football!

some people are sick