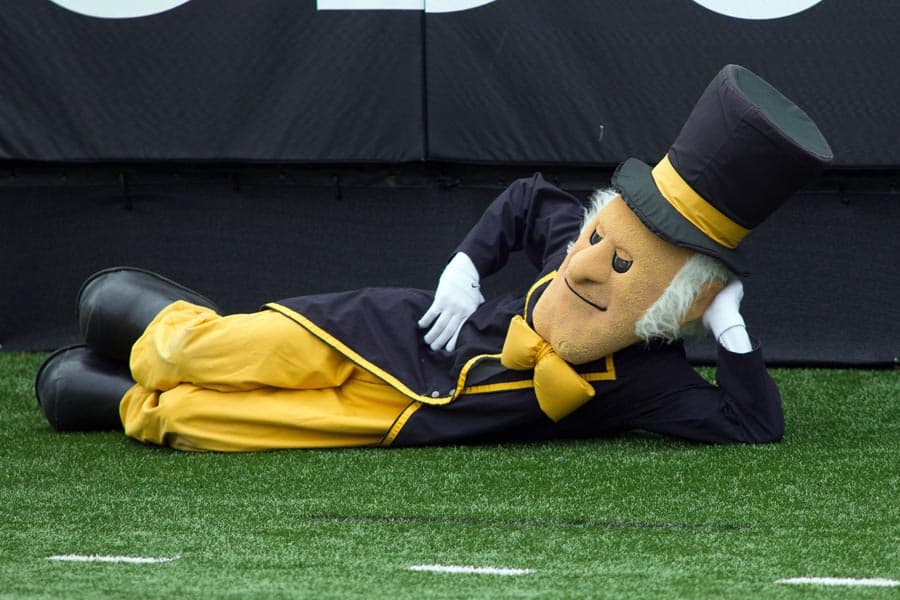 The Wake Forest Demon Deacons officially announced their 2016 non-conference football schedule on Thursday, which features a game at Indiana.

Wake Forest will open the 2016 season on at home on Thursday, Sept. 1 against the Tulane Green Wave at BB&T Field in Winston-Salem. Two weeks later on Saturday, Sept. 17, the Demon Deacons will host the Delaware Blue Hens of the FCS.

On Sept. 24, Wake Forest travel to take on the Indiana Hoosiers at Memorial Stadium in Bloomington. The final non-conference game for the Demon Deacons is on Oct. 29 at home against the Army West Point Black Knights.

In ACC play in 2016, Wake Forest is set to host Boston College, Clemson, Syracuse, and Virginia and will travel to Florida State, Louisville, NC State, and Duke.

Is the deacon napping in that photo? He probably will be when watching those non-conference games.

not even sure those games are ESPN3 worthy

Wake, living up to its reputation as “Duke Light”.