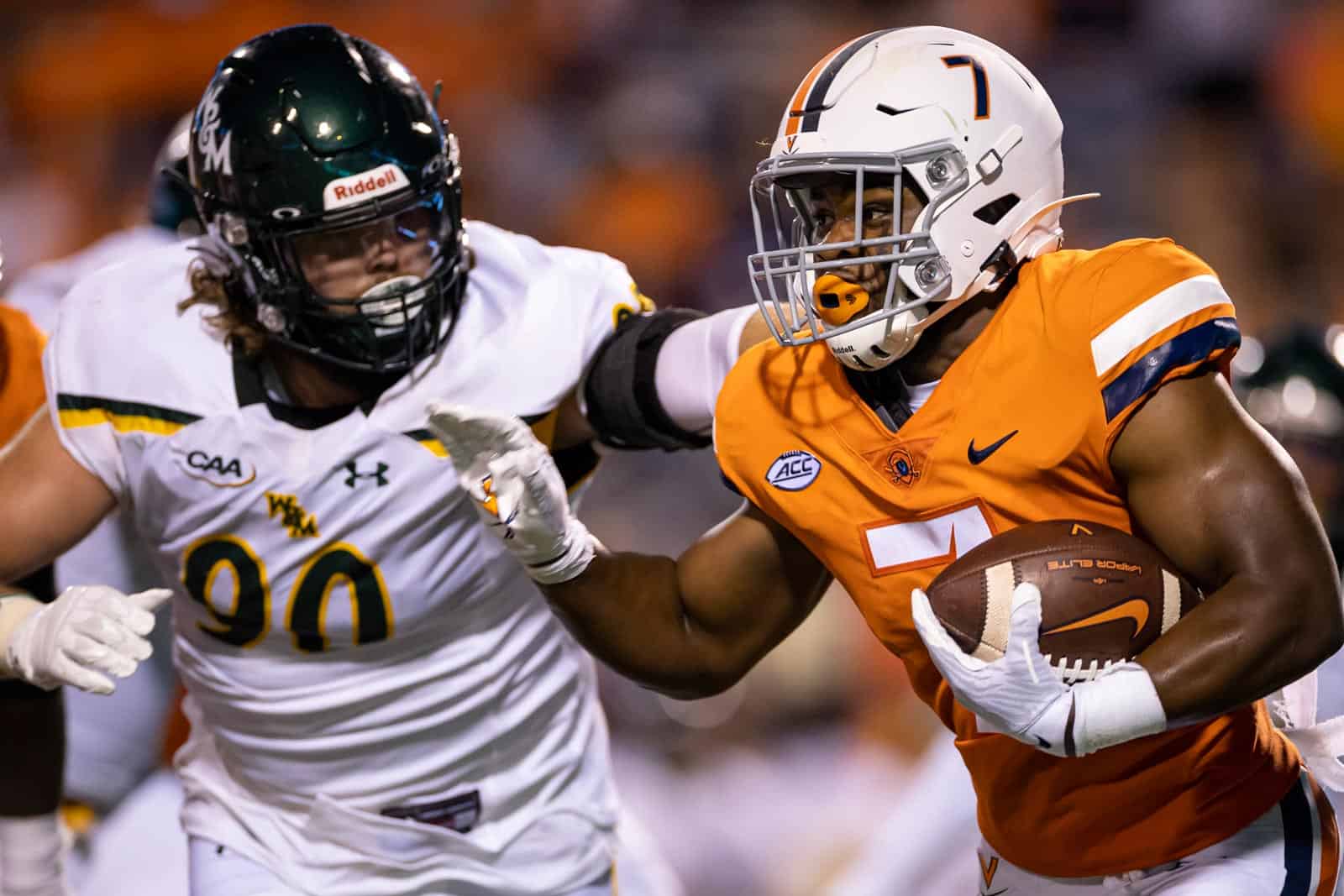 The Virginia Cavaliers will host the William & Mary Tribe in 2025 and 2027, FBSchedules.com has learned.

Virginia and William & Mary first met on the gridiron in 1908 and have played a total of 38 contests. In their most recent matchup in 2021, the Cavaliers defeated the Tribe 43-0 to extend their advantage in the overall series to 31-6-1.

The two schools are also scheduled to meet during the 2023 season, which was previously announced. The game was originally scheduled to be played on Sept. 2, 2023, but has been pushed back five weeks and will now be contested on Oct. 7 of that season, according to a copy of the contract amendment obtained by FBSchedules.com. As a result of that move, Virginia will compensate William & Mary an additional $30,000 for the game to bring the total guarantee amount to $450,000.

William & Mary is a member of the Colonial Athletic Association (CAA) in the Football Championship Subdivision (FCS). The Tribe opened the 2022 season with a 41-24 upset win on the road over the Charlotte 49ers.

Virginia now has two scheduled non-conference opponents for both the 2025 and 2027 seasons. The Cavaliers are slated to host the Coastal Carolina Chanticleers on Aug. 30, 2025 and the Indiana Hoosiers on Sept. 4, 2027.