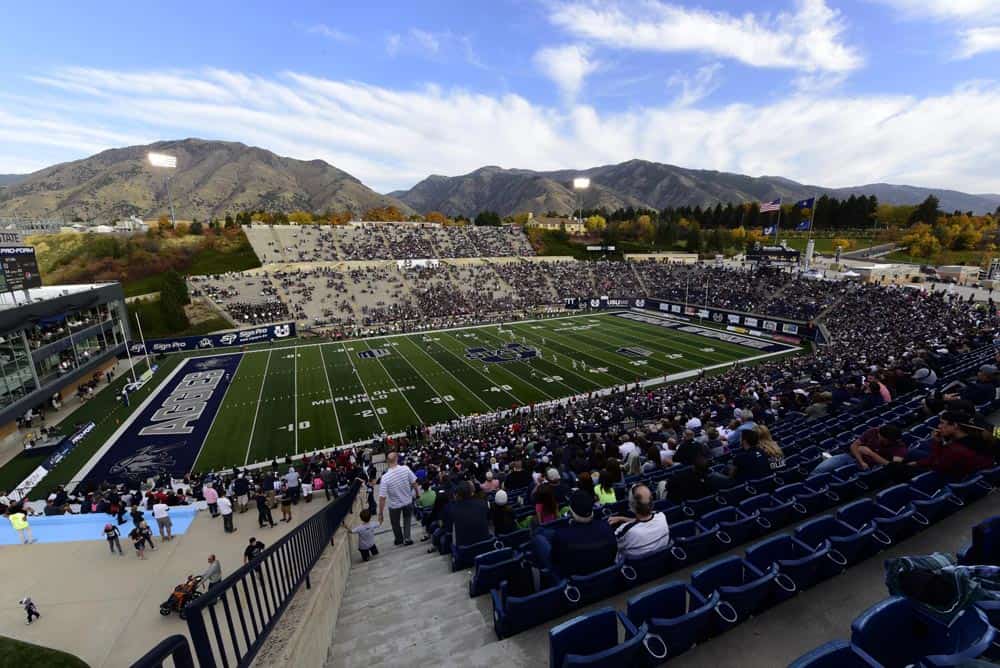 The Utah State Aggies and the Washington State Cougars have scheduled a home-and-home football series for 2020 and 2021, it was announced on Tuesday.

In the first game of the series, Utah State will host Washington State at Maverik Stadium in Logan on Sept 5, 2020. The Aggies will then travel to face the Cougars at Martin Stadium in Pullman on Sept. 4, 2021.

Utah State and Washington State have met three times on the football field, but not since a 34-14 Aggies win in Spokane, Washington back in 1961. The Cougars currently lead the overall series 2-1.

“These are the kind of home-and-home series we are looking for moving forward,” said Utah State Vice President and Director of Athletics John Hartwell. “Hosting a Pac-12 school in Maverik Stadium is a direct reflection of the strides our football program has made in recent years.”

Utah State now has two non-conference games scheduled for the 2020 season. The Aggies are also slated to visit in-state rival BYU on Oct. 2.

The 2021 contest at Washington State is the first announced non-conference opponent for Utah State for that season.

Washington State now has two non-conference games scheduled in both 2020 and 2021. The Cougars are also set to host Idaho on Sept. 19, 2020 and host Central Michigan on a date to be determined in 2021.