Utah State at Tennessee Moved to Sunday on SEC Network 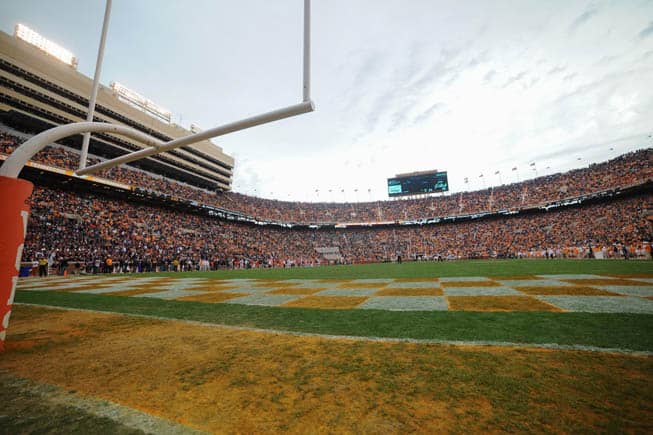 The Tennessee Volunteers have announced that their season opening game vs. Utah State has been pushed back one day to Sunday, Aug. 31 and will be televised by the SEC Network at 7pm ET.

“This will be a unique and exciting weekend for our city and our state,” said Tennessee head football coach Butch Jones. “With Boomsday on Saturday and our season opener on Sunday, the atmosphere and energy in Knoxville will be unrivaled. We’re also excited about being one of the schools featured on the first weekend of SEC Network football telecasts, and we are looking forward to this tremendous opportunity.”

The SEC Network, which launches on August 14, now has three football broadcasts set for opening weekend. The other two contests, Temple and Vanderbilt and Texas A&M at South Carolina, are slated for Thursday evening.

The SEC Network will also broadcast three games on Saturday, Aug. 30, but will announce those at a later date.

Watch out for Chuckie Keeton!

I wonder if all the LDS returned missionaries on Utah State’s roster will refuse to play on Sunday. Should be interesting.

Hey when will Tennessee & michigan against each other

Tennessee will kick their ass