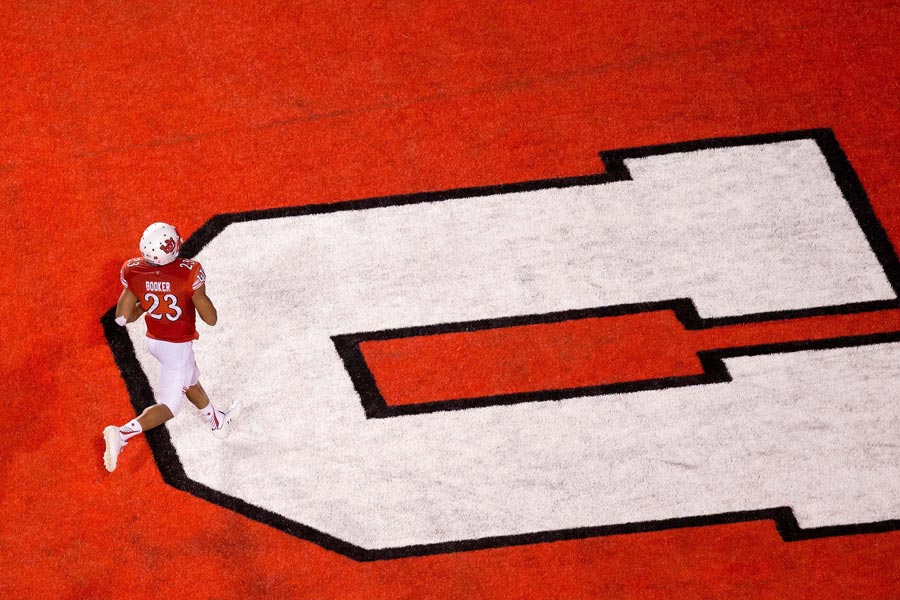 The Utah Utes and the San Diego State Aztecs have scheduled a home-and-home football series for 2021 and 2022, SDSU announced on Wednesday.

In the first game of the series, Utah will travel to face San Diego State at Qualcomm Stadium on Sept. 18, 2021. The Utes will then host the Aztecs at Rice-Eccles Stadium in Salt Lake City on Sept. 17, 2022.

San Diego State is Utah’s first announced non-conference opponent for both the 2021 and 2022 seasons.

San Diego State’s only other non-conference game announced for the 2022 season is a season-opener at home vs. Arizona on Sept. 3.

SDSU has some solid home-and-homes lined up – granted the majority of them are from Cali schools but still impressive.

So appears after this season Utah won’t be playing an OOC game versus a P5 opponent until 2023. BYU as Utah’s ‘major’ OOC opponent every season will not be viewed kindly with CFP committee. The Utes must improve their OOC scheduling unless they want to become irrelevant, once again.

“BYU as Utah’s ‘major’ OOC opponent every season will not be viewed kindly with CFP committee.”

Uh, yes it will be. BYU has a better football program than half of the Power Five schools.

How is Utah’s schedule strength with CFP committee already doomed? I thought that the days of 2018 polls based on 2015 recruiting rankings was done and the CFP committee would be objective.

I am optimistic there can be objectivity. I also think BYU, Northern Illinois and several TBD opponents have a chance to be solid in any given season.

NIU could be tricky, the MAC is very cyclical. If Fleck stays WMU will be near the top, CMU is playing very strong right now but their QB only has 1 more season, Toledo is seemingly always solid, and BGSU appears to be making their cyclical push.

BYU might be better than some of the lower division P5 programs but they certainly are not upper division.

If Utah wants to be considered an upper division team, they must schedule better. Otherwise they can join with Arizona and WSU with the worst scheduling. WSU has an excuse, whereas Utah does not.

Pac12 plays a 9 game conference schedule so that is 9 P5 programs right there. BYU is recognized as a P5 equivalent by the conferences. So Utah’s schedule will be better than TCU, Baylor and most SEC schedules. This is several years out and who knows what the playoff will look like by then.