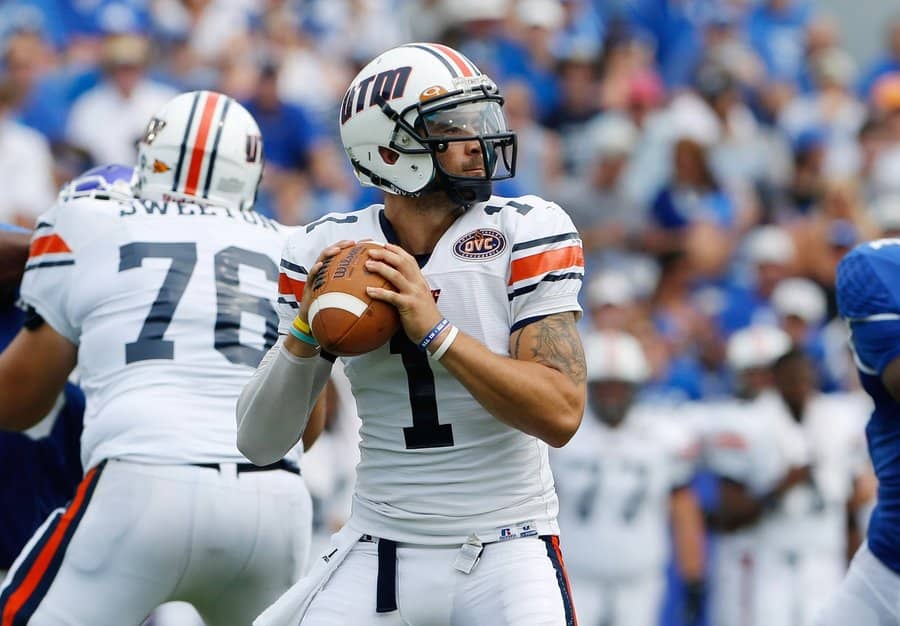 UT Martin will rack up some frequent flyer miles over the next few years. (Mark Zerof-USA TODAY Sports)

The Skyhawks went 7-4 last season (6-2 OVC), including losses at Ole Miss and Arkansas by a combined margin of 139-31.  They will face three FBS opponents in 2016, including two to begin the slate.

UT Martin will open with a Thursday contest at Cincinnati on September 1, followed by a trip across the Pacific nine days later to take on Hawai’i.  The Skyhawks will then take a break midway through their league schedule to travel to Atlanta to face Georgia State.

“This year we are taking on the mantra of ‘anyone, anytime, anywhere’ with a loaded schedule,” said UT Martin head coach Jason Simpson in a release issued by the school. “Anytime you have three FBS games along with a difficult eight game conference slate, your schedule is pretty daunting. We will certainly be challenged, but we still feel like we are the standard for Football Championship Subdivision football within the state of Tennessee.”

Simpson’s club will make another trip to Ole Miss for their second contest of the 2017 season, facing the Rebels on September 9 of that year.  The school’s tour of the SEC continues with a trip to Lexington to face Kentucky on November 23, 2019.

How n the hell does a school get 3 FBS games (aside from the obvious Hawaii rule)? Sam Houston had theirs bought out so they don’t have a single one in 2016, share the wealth.

Of course Kentucky will schedule UTM, but why will UK not schedule Marshall?

U T Marin is Comming up in the ranks they have upgraded there place and are on track to becoming a FCS Powehouse.They also knocked off AAC Conference Member Mempis a couple of Years ago…

From my time there; always the Pacers (a pace setting school).