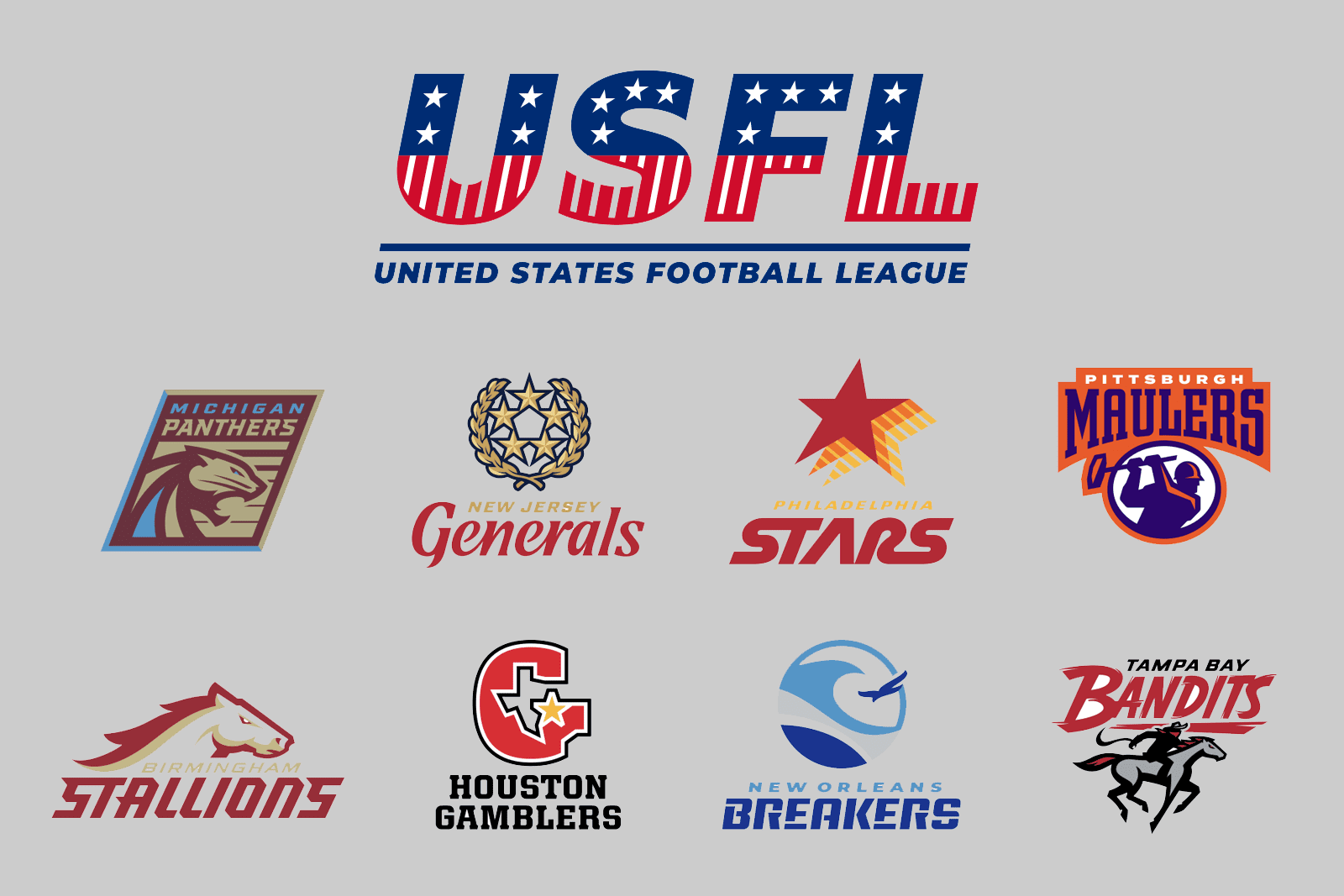 The United States Football League (USFL) has unveiled the eight teams that will begin play in their inaugural season in 2022.

The announcement was made on Monday during The Herd with Colin Cowherd on FS1 and FOX Sports Radio.

The rebooted iteration of the USFL, controlled by FOX Sports through NSFL HoldCo, LLC, will feature eight teams in a North/South division format. Below are the eight teams and their respective divisions:

“We’re excited to take this next major step in the development of a new USFL,” said Brian Woods, USFL President of Football Operations. “These eight teams form the core of our initial league membership and will represent an exciting brand of professional football coming this spring. We look forward to the start of our inaugural season.”

Below is a graphic from the USFL with the official logos for all eight teams.

The 2022 USFL regular-season will feature each team playing 10 games and it will begin play in mid-April and extends through mid-June. That will be followed by playoff semifinal games in each division and then a championship game between the division winners.

According to a report by WVTM 13, the league is in discussions to stage the entire 2022 season in Birmingham, Ala., with around 75-80% of the games played at Protective Stadium and the remaining games held at Legion Field.

Future seasons will then see the games played at the home sites of each USFL team.

You can’t play the entire season of this in one city. That’s just stupid. If you have to wait until 2023 to play in each city then wait that long to start the league.

That’s plain smart. Covid hasn’t gone away completely, the XFL was just done in by it. Also, no travel costs which are what messed up the AAF since it was underfunded.
.
The Spring League has shown the single city model works — the real money is from the broadcasts, not the ticket revenue. They’re starting with an element of caution. It’s like… they’ve studied the errors of the WFL, USFL, UFL, AAF, and XFLs.

Has anyone notice these are the names of USFL in 1984?

The Breakers are set to play in New Orleans whenever, but during the three year run of the original USFL, they moved each year. starting in Boston, then moving to NO, then finishing their last year in Portland. But the “traditional” Breaker name is back in NO, LOL.

Yes, they purchased the trademarks.

Yeah, I thought I recognized the NJ Generals name.

The expansion Gamblers and Maulers are here, but
San Antonio Gunslingers
Oklahoma Outlaws
Jacksonville Bulls
Memphis Showboats
are not here, either.

Is the USFL really the Spring League with a better name? However the press release did say “Professional” football.

PS I am not watching unless they pay the players.

I imagine the players will be paid through the television contracts.

If Antonio Brown can’t play in the NFL, after what happened on 1/2, maybe USFL…

It is interesting. I remember the old USFL in 83. I was in 9th grade and I remember being excited in school that day for a Monday Night game that was hosted by the Birmingham Stallions. I think Scott Norwood kicked the game winning FG as time expired in what was an entertaining game. I remember thinking that “this league can make it,” and had they not gone after high priced NFL talent, maybe they would have. Also, announcing a move to the fall doomed the league too, but that is a bit of revisionist history. The league was already in big trouble after the 1985 season.

The fact that the NFL and its partners have a stake in the league helps, but the problem is fans know it is second rate football and fans have never flocked TV wise to second rate sports. We all like football, we watch college because those are the best 18-23 year olds in the land. We just don’t watch second tier pro sports. And, we need a break from the 25 weeks that is the NFL.

By summer, everybody is ready for football. In June, the CFL starts. Games are on ESPN, a summer diversion, yet very few Americans wtach, why? Because it is not a top tier league. I am like many–I’ll root for the league to do well, to make it, but I probably won’t watch a full game. Americans have a sports calendar. Football doesn’t fit in April, May and June—-just like hockey doesn’t in July.

People love to wager and watch football. This will make a resurrected USFL successful.

I am excited to get the USFL Season started for 2022!!! I followed the Panthers before, and I am happy to do it again!!! GOOD LUCK to the USFL Executive Officers, all the Teams and the Players for a STRONG inaugural season!!!!!