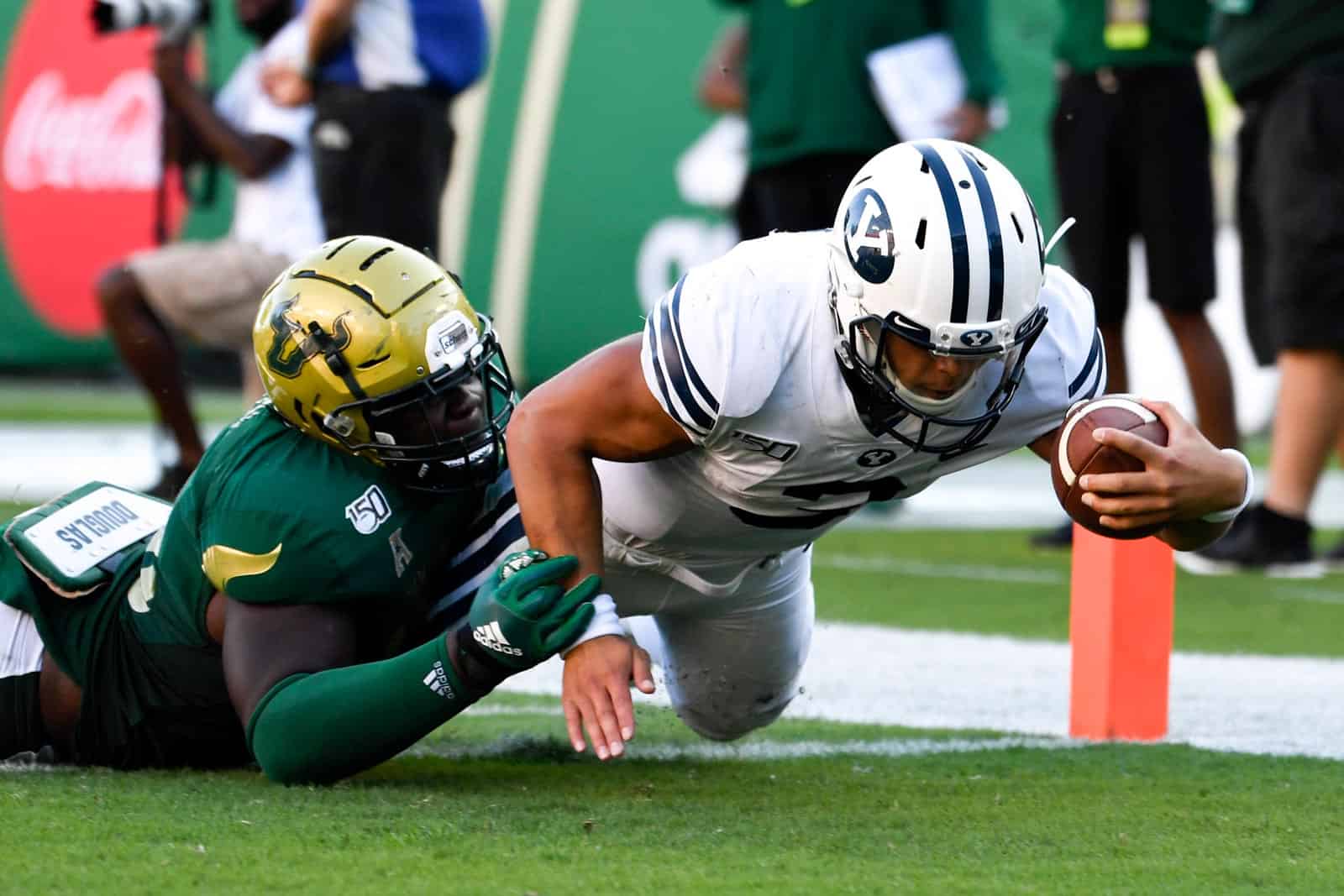 The USF Bulls and the BYU Cougars have scheduled a home-and-home football series for the 2022 and 2023 seasons, both schools announced on Tuesday.

In the first game of the series, USF will host BYU at Raymond James Stadium in Tampa, Fla., on Saturday, Sept. 3, 2022. The Bulls will then travel to take on the Cougars at LaVell Edwards Stadium in Provo, Utah, on Saturday, Oct. 28, 2023.

USF and BYU began a separate home-and-home series in 2019 in Tampa. The Bulls defeated the Cougars in that contest, 27-23, which was the first-ever meeting between the two schools on the gridiron. The Bulls are scheduled to play at the Cougars this fall on Saturday, Sept. 24, which will complete the series.

With the addition of BYU, the USF Bulls have completed their non-conference schedules for both the 2022 and 2023 seasons. Other opponents scheduled for USF in 2022 include Howard at home on Sept. 10 and Florida (Sept. 17) and Louisville (Sept. 24) on the road.

BYU, a Football Bowl Subdivision (FBS) Independent, now has 11 games scheduled for the 2022 season. Other scheduled opponents include Baylor, Wyoming, Utah State, Arkansas, Dixie State, and East Carolina at home and Oregon, Liberty, Boise State, and Stanford on the road.

The Cougars have tentatively completed their schedule in 2023 with the addition of USF. BYU is also slated to host Tennessee, Rice, Boise State, UNLV, and Southern Utah and travel to Virginia, Utah State, Arkansas, Fresno State, UCF, and USC that season.

I’d like to see these two join the Big 12

No conference wants to deal with the mess that follows byu… UCF, Memphis, and Houston are much more likely.