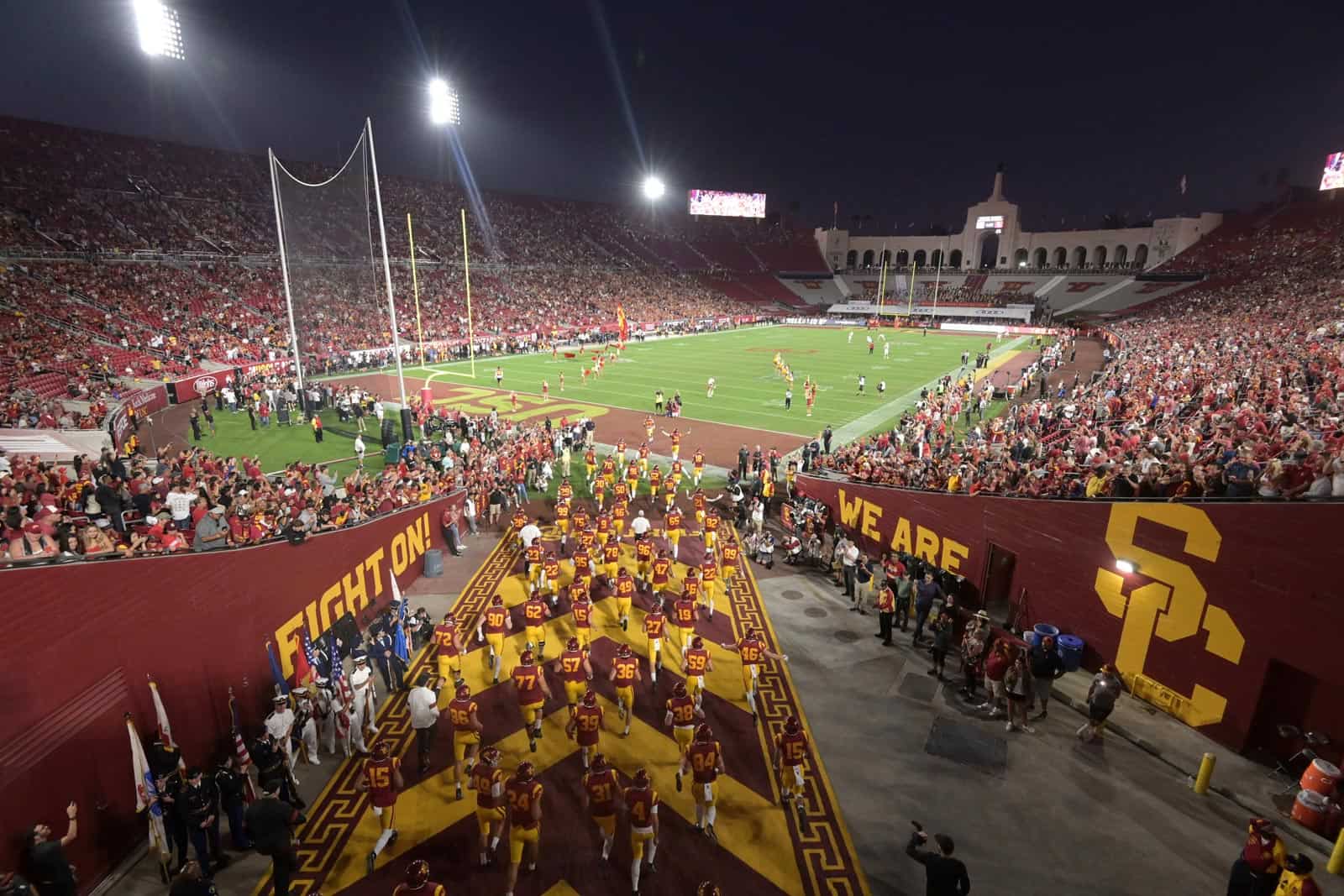 The USC Trojans and the Ole Miss Rebels have scheduled a home-and-home football series for 2025 and 2026, both schools announced on Monday.

USC and Ole Miss will meet for the first time ever on the gridiron when they square off at Los Angeles Memorial Coliseum in Los Angeles, Calif., on Aug. 30, 2025. The series will conclude the following season when they Trojans travel to face the Rebels at Vaught-Hemingway Stadium in Oxford, Miss., on Sept. 19, 2026.

Current USC head coach Clay Helton was formerly the quarterback coach for the Trojans when Lane Kiffin was the head coach there in 2010. Kiffin is now the head man at Ole Miss.

“USC will always be a special place to my family and me, and we were excited to finalize this series,” Ole Miss head coach Lane Kiffin said. “This will showcase two of college football’s greatest gamedays, and we look forward to this meeting down the road.”

With the addition of Ole Miss, USC now has two scheduled non-conference opponents in 2025. The Trojans are also scheduled to play at Notre Dame on Oct. 18, which gives them 11 Power opponents that season.

USC’s 2026 non-conference slate is now complete with the addition of the contest in Oxford. The Trojans are slated to open the season at home against Fresno State on Sept. 5 and close out at the Coliseum against Notre Dame on Nov. 28.

Ole Miss was previously scheduled to open the 2025 season at home against The Citadel, but will instead play at USC. The Citadel matchup will likely be moved to a later date that season. Other games for the Rebels include Wake Forest on Sept. 13 and Tulane on Sept. 20, both at home.

USC is the second scheduled non-conference opponent for Ole Miss in 2026. The Rebels are also slated to host Eastern Kentucky on a date to be announced.

Should be a pretty good series which USC should be able to handle both games depending on past records,SC handles lower SEC teams much like top SEC teams do Pac-12 schools. Just good to see two top conferences actually play each other.