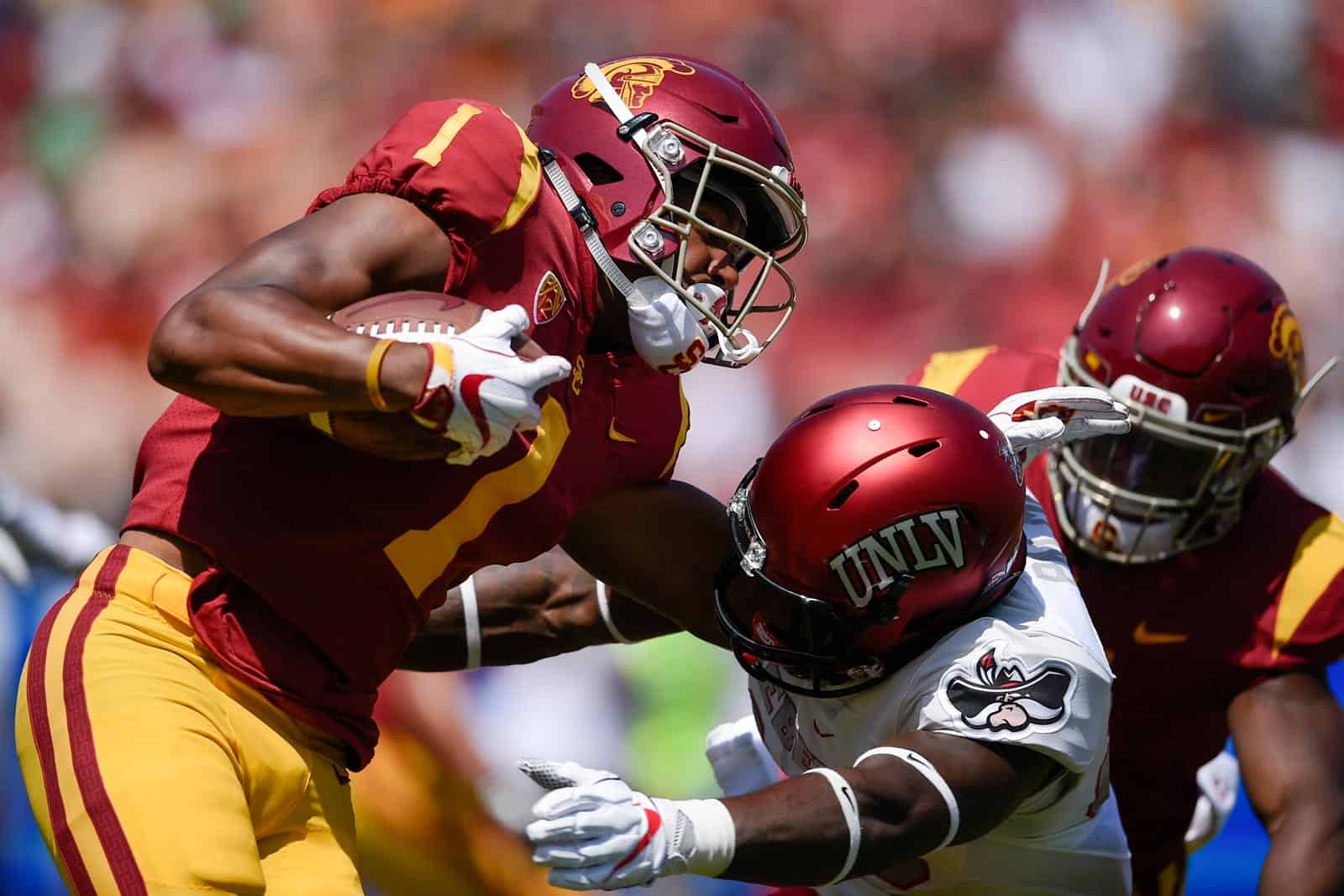 The USC Trojans have added the UNLV Rebels to their 2027 football schedule, it was announced on Friday.

USC will host UNLV at Los Angeles Memorial Coliseum in Los Angeles, Calif., on Saturday, Sept. 4, 2027. The game will mark the third overall meeting between the two schools on the gridiron.

Both previous meetings between USC and UNLV were played at Los Angeles Memorial Coliseum. The Trojans defeated the Rebels in each contest, winning 35-21 in 1997 and 43-21 in 2018.

UNLV is the first announced non-conference opponent for the USC Trojans for the 2027 season.

The UNLV Rebels now have three games on their non-conference schedule in 2027 with the addition of USC. The Rebels are also scheduled to host a pair of home games at Allegiant Stadium in Las Vegas, Nevada, against the Arizona State Sun Devils on Sept. 18 and the UTSA Roadrunners on Sept. 25.

Kevin, are these game contracts starting to incorporate more flexibility for cancellation if the “evolving landscape” reduces the slots for or interest in games like this one (clear “have” under a new construct versus a probable “have-not”)? Given your strong track record with FOI requests, your perspective on this would be valuable. Thanks very much!

I haven’t see anything like that yet. Most recently, most contracts have added pandemic and/or government orders, etc. Some have conference realignment clauses, though.

Nice! Good to see UNLV scheduling Big Ten opponents. This is out of their norm