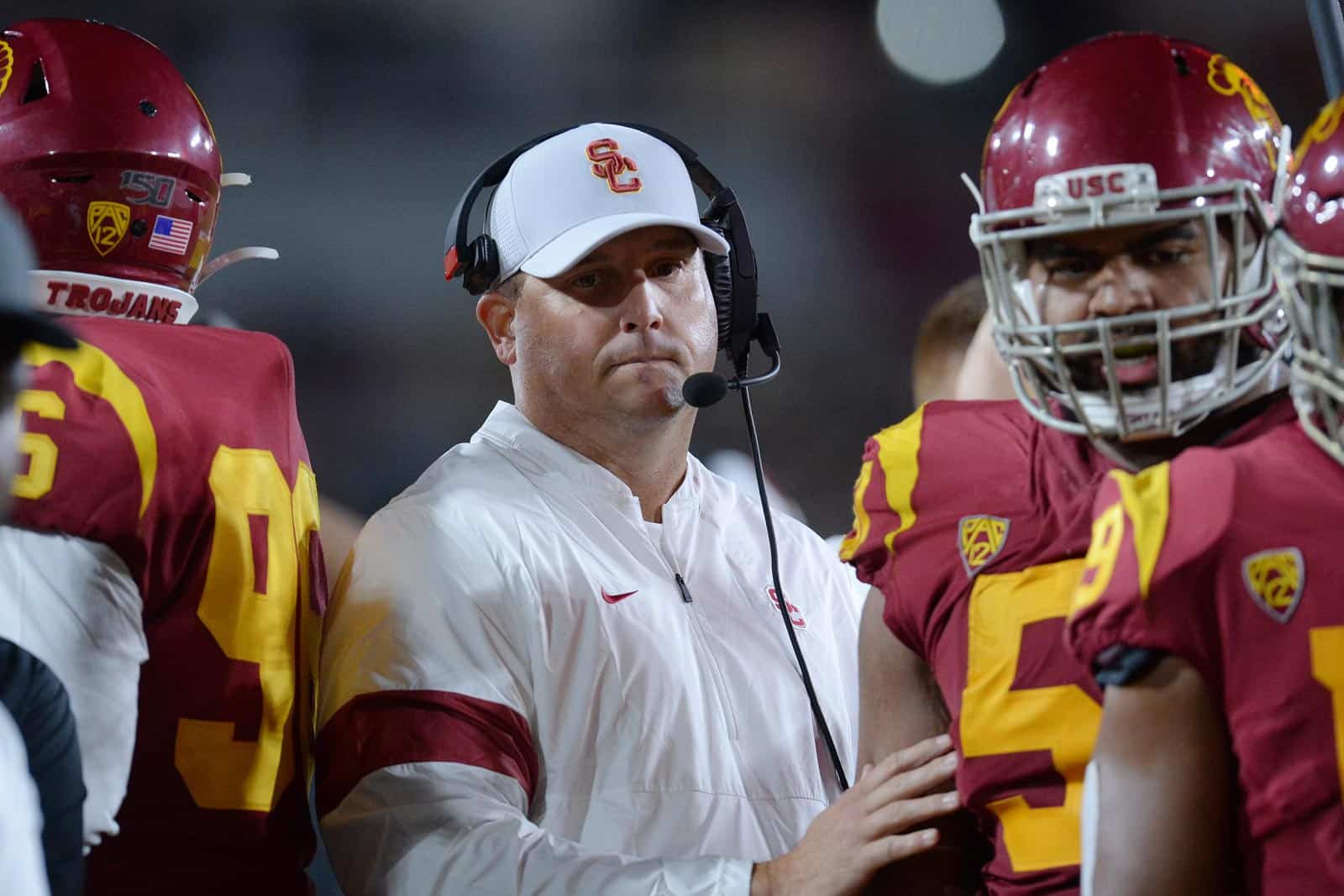 The USC Trojans have added the San Jose State Spartans to their 2021 football schedule, the school announced on Thursday.

USC will host San Jose State at Los Angeles Memorial Coliseum in Los Angeles, Calif., on Sept. 4, 2021. The game will mark the fifth meeting between the two schools on the gridiron.

USC and San Jose State first met on the gridiron in 1995. The Trojans defeated the Spartans in their most recent contest in 2009, 56-3, and currently lead the series 4-0.

San Jose State replaces the canceled UC Davis game for the Trojans. The USC-UC Davis contest would have been the first-ever matchup against a team from the Football Championship Subdivision (FCS) for the Trojans, but fans and others were adamantly against it.

“We recognize the long-standing tradition that USC has only played FBS schools and we heard passionately from our fans about how important that is to them,” said USC athletic director Mike Bohn. “So when this opportunity to schedule San Jose State arose, we listened and made it happen.”

The remainder of USC’s non-conference schedule in 2021 includes Notre Dame in South Bend on Oct. 23 and BYU at home in Los Angeles on Nov. 27.

San Jose State was previously scheduled to play at Georgia on Sept. 4, 2021, but the Bulldogs canceled the game in order to schedule a matchup against Clemson at Bank of America Stadium in Charlotte, N.C. The Spartans will receive a $1.8 million cancellation fee from Georgia plus their new guarantee from USC, which will likely be similar.

“Facing USC in Los Angeles is a great opportunity for our student-athletes and fans,” San José State University athletics director Marie Tuite said. “Southern California is an important footprint for us in recruiting and we’re very excited to add this game to our 2021 football schedule.”

“I’d like to thank Georgia athletics director Greg McGarity for being transparent with us during the process,” Tuite said. “I’ve experienced the atmosphere in Athens on gameday and it’s a special place. Maybe one day in the future the Spartans will make the trip.”

San Jose State is slated to open the 2021 season in Week Zero on Saturday, Aug. 28 at home against Southern Utah. The Spartans are also scheduled to play at Western Michigan on Sept. 25 and host New Mexico State on Oct. 2.

So; San Jose State will wind up reeping about $3.1M for this…….they should do the right thing (IMO) and give UC-Davis about $700K for their dealings in this.

Now why should SJSU do that?? USC should be the one paying UC Davis and helping them find another
game. It was Georgia’s fault for taking that game with Clemson,the Dawgs should have dropped Tech instead of SJSU because GT has been lousy the past few years and kept SJSU on the schedule.

Georgia will probably never drop Tech. State politics and all.

SJS will kick the Trojans balls.