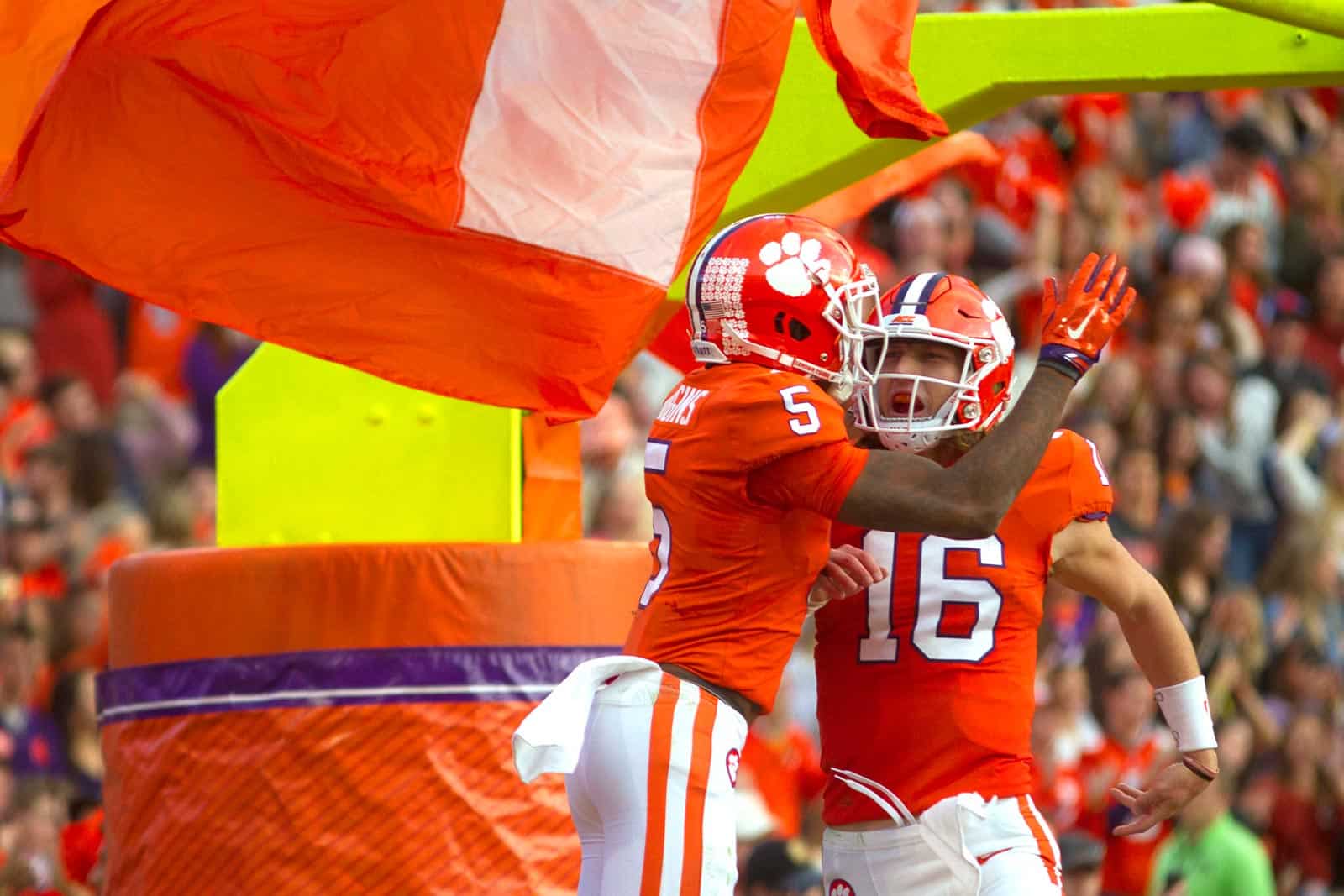 The Clemson Tigers and the Georgia Bulldogs will open the 2021 football season in Charlotte, both schools announced on Tuesday.

The game will be played on Saturday, Sept. 4, 2021 at Bank of America Stadium in Charlotte, N.C., as part of a 2021 rivalry series hosted by the Charlotte Sports Foundation. Appalachian State and East Carolina will also square off two days before Clemson-Georgia on Thursday, Sept 2.

“Thank you to Georgia and the Charlotte Sports Foundation for helping make this game a reality,” Clemson Director of Athletics Dan Radakovich said. “Kicking off the 2021 season with this match-up will be a tremendous showcase for both universities and our fans. UGA is a great football program and we know that Charlotte will provide a first-class experience for everyone involved.”

Other non-conference opponents for Georgia in 2021 include UAB (Sept. 11) and Charleston Southern (Nov. 20) at home and a road game at in-state rival Georgia Tech on Nov. 27.

“This is another great opportunity to schedule a national non-conference game with a top level opponent,” said UGA head coach Kirby Smart. “Playing a regular season game in Charlotte will give our fans the opportunity for a completely new experience in a great city and top level stadium. I know our coaches and players will be excited for the challenge to kick off the season in this kind of environment.”

Georgia and Clemson are also scheduled to meet at Mercedes-Benz Stadium in Atlanta, Ga., to open the 2024 season. The two schools will then play a pair of home-and-home series beginning five season later — 2029 at Clemson, 2030 at Georgia, 2032 at Georgia, and 2033 at Clemson.

In 64 previous meetings on the gridiron, Georgia leads the series against Clemson 42-18-4. In their most recent matchups, the two schools split a home-and-home series with Clemson winning 38-35 at home in 2013 and Georgia winning 45-21 at home in 2014.

Clemson should play at Ohio State on November 21, 2026 at night.

Southern teams not wanting to go North that late in the season makes these teams, and the entire South, look really bad.

What Northern teams other than Independent Notre Dame go South that late in the season?

For years the Big Ten and SEC scheduled very differently. The Big Ten would typically start their season with all their non conference games and then play all of their conference games in the final 8 or 9 weeks of the season. The SEC has traditionally had a more liberal format to scheduling, so the lack of opportunity for SEC teams to go north is not on the SEC teams as much as it is on the way the Big Ten has traditionally scheduled their seasons out. Of course, all of that is changing, so I suspect we’ll see those kinds of things happening more and more.

Clemson plays at Notre Dame on November 7 of this very season, at night.

When they go up there and whip them, all the butt hurt Yankees and Midwesterners can shut their yaps about how colder weather makes their teams better.

The Big Ten television contract gives the schools the unilateral right to not play night games after the first weekend in November, so its not as though they are signing up for a bunch of night games in cold weather either.

Perfect example is Minnesota-Penn State being played at noon this year instead of in prime time on ABC.

Yeah, I am sure Ohio State would adore playing Clemson right before the Michigan game and possibly the Big Ten Championship game.

Maybe UConn can get Wyoming and San Jose State in 2021 now and fill some holes.

This is some of the best news for college football fans! Great game early in the season. I am so much more excited to watch this game than the ones that were canceled.

I hope this is a trend!