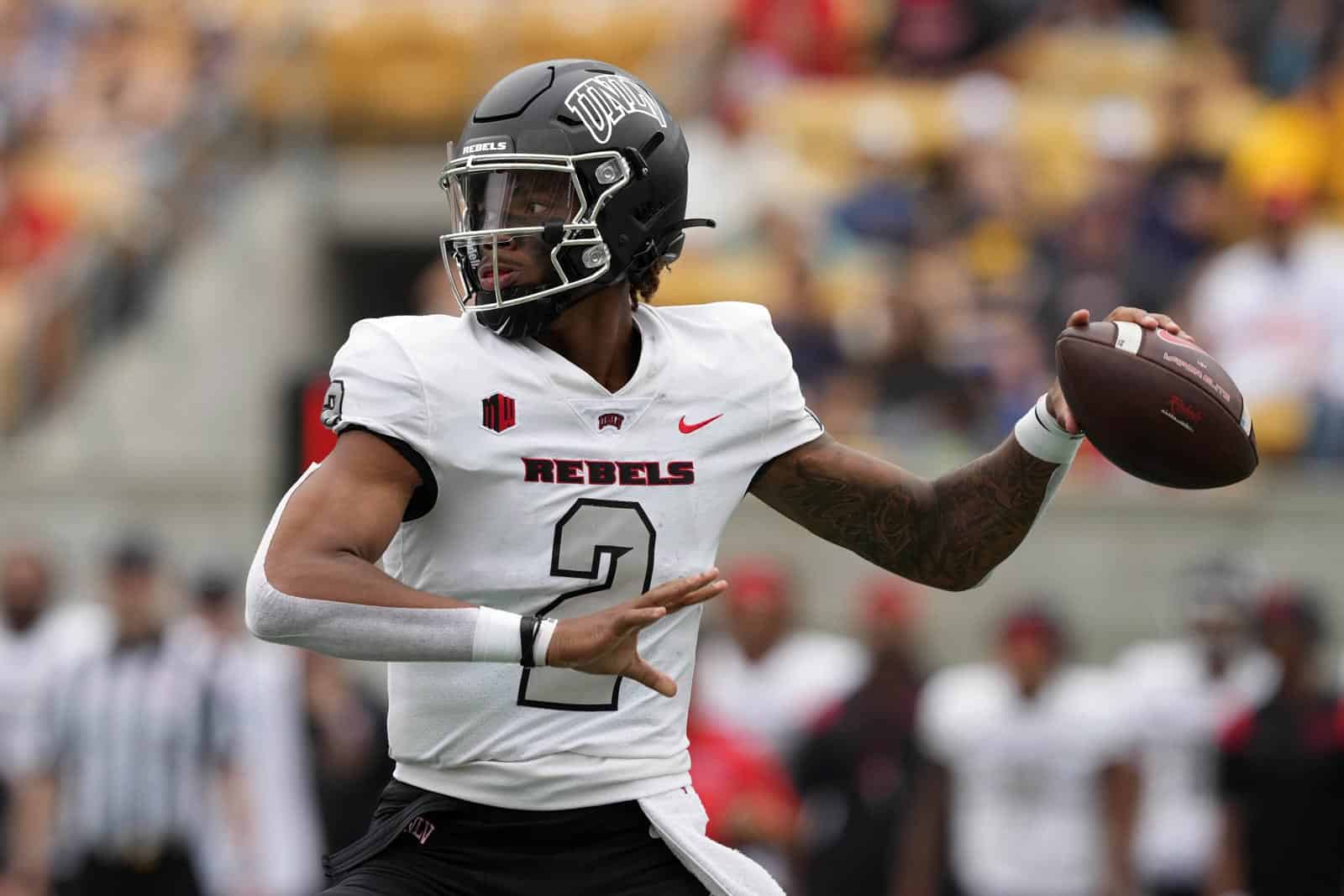 The UNLV Rebels have added the Idaho State Bengals to their 2025 football schedule, FBSchedules.com has confirmed.

New of the matchup was first reported on Twitter by Andrew Vargha. FBSchedules.com obtained a copy of the agreement for the new contest from the University of Nevada, Las Vegas, which was signed in May after the teams agreed to move their contest for the 2022 season up one week to Week Zero.

A separate, formal contract for the 2025 contest has not yet been executed.

UNLV and Idaho State opened the 2022 season in a matchup at Allegiant Stadium in Las Vegas, Nevada. The Rebels defeated the Bengals in that contest, 52-21, and now lead the overall series 6-3.

Idaho State is the third scheduled non-conference opponent for UNLV for the 2025 season. The Rebels are scheduled to open the season on the road against the California Golden Bears on Aug. 30 before hosting the UCLA Bruins at Allegiant Stadium on Sept. 6.

Idaho State now has all four of their non-conference games set for 2025, which is a 12-game season for Football Championship Subdivision (FCS) schools. Before traveling to take on UNLV, the Bengals are slated to visit the Southern Utah Thunderbirds on Aug. 30 and the New Mexico Lobos on Sept. 6. ISU will close out their non-conference schedule at home on Sept. 20 against the Central Arkansas Bears.