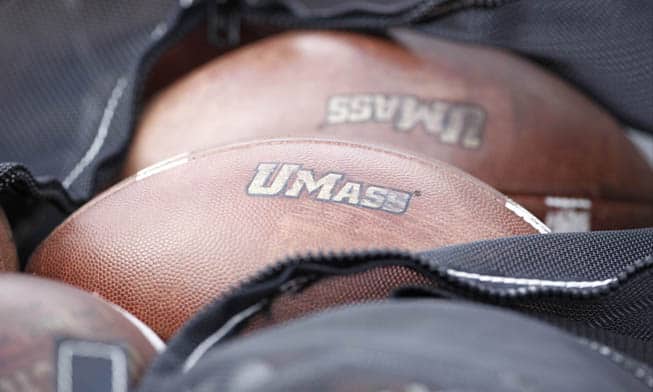 The UMass Minutemen and the Temple Owls have scheduled a home-and-home football series for 2015 and 2017, GazetteNet.com has reported.

UMass will host Temple at Gillette Stadium in Foxborough on Sept. 19, 2015. The Minutemen will then travel to face the Owls at Lincoln Financial Field in Philadelphia on Sept. 16, 2017.

The 2015 game will be the first ever meeting between the two schools. UMass played its first season in the MAC in 2012, and likely would have faced Temple. But the Owls left the MAC for the Big East.

The addition of Temple gives UMass three non-conference games in 2015 in and two in 2017. The 2015 slate includes trips to Colorado and Notre Dame, while 2017 includes a trip to Indiana.

Temple’s 2015 schedule now includes a home game vs. Penn State and games at Charlotte and UMass. In 2017, the Owls host UMass and travel to Notre Dame and Army.

the over/under for the combined attendance for these two games will be 33,500.

I guess the question to your comment is whether the truth can be rude?