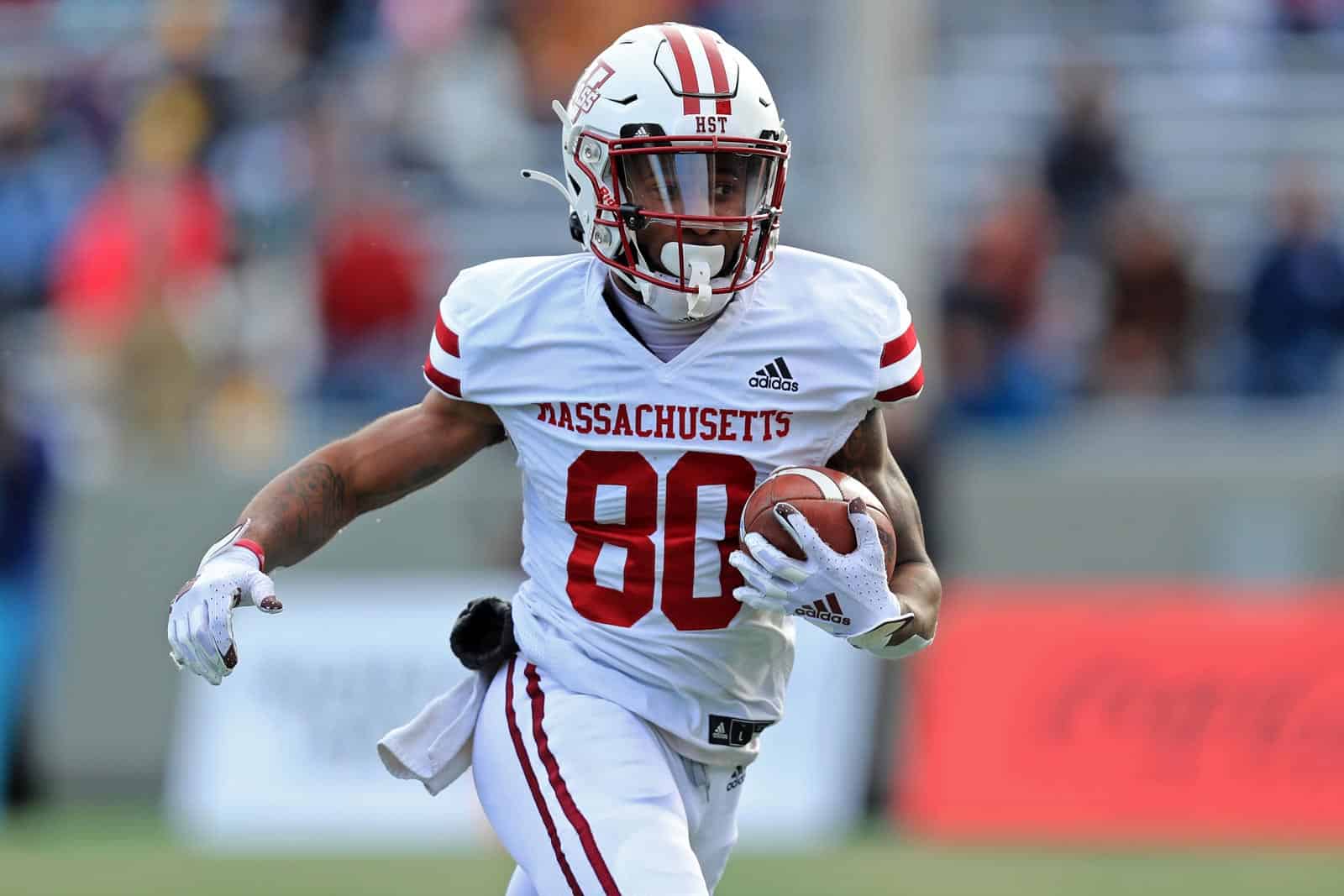 The UMass Minutemen have announced kickoff times for their home football games in 2022, which includes five contests at McGuirk Alumni Stadium.

All UMass home games at McGuirk Alumni Stadium this season will be streamed live by either ESPN3 or ESPN+ under a new three-year media rights agreement with ESPN.

“We are pleased to enter into a broadcast agreement with ESPN to promote Massachusetts football throughout the world the next three years,” said Ryan Bamford, Director of Athletics. “UMass football games and special events will be showcased on a widely accessible streaming platform with ESPN also producing linear opportunities annually that enhance the visibility of our program. In totality, this agreement, and ESPN’s relationships with the Atlantic 10 and Hockey East provides UMass fans with one consistent central media home for Massachusetts athletics content for the foreseeable future.”

During the 2023 and 2024 seasons, at least one UMass home football game will be televised on the ESPN linear networks in addition to streaming.

UMass will open their 2022 home schedule in Week 3 on Saturday, Sept. 17 against the Stony Brook Seawolves. The game is set for a 3:30pm ET kickoff and it will be streamed via ESPN3.

Three weeks later on Oct. 8, the Liberty Flames visit McGuirk Alumni Stadium for a 3:30pm ET contest. That contest will be streamed live by either ESPN3 or ESPN+.

UMass’ other three home games in 2022 also have kickoff times and will each stream on either ESPN3 or ESPN+:

I wonder how long UMass can last as an FBS independent. Should they go back down to the FCS and join the CAA, or maybe become an affiliate member of Conference USA?

Didn’t CUSA reach out to them and UMass turned them down? Or am I thinking of UConn?

They have enough money to keep the indy thing infinitely. They are never dropping down to FCS like Idaho.

UMass should put their games on USA Network starting in 2025. ESPN can also sublicense a package of Sun Belt games to USA, which would ideally coincide with an addition of Eastern Kentucky and Stephen F. Austin.

All this would be produced by NBC Sports.