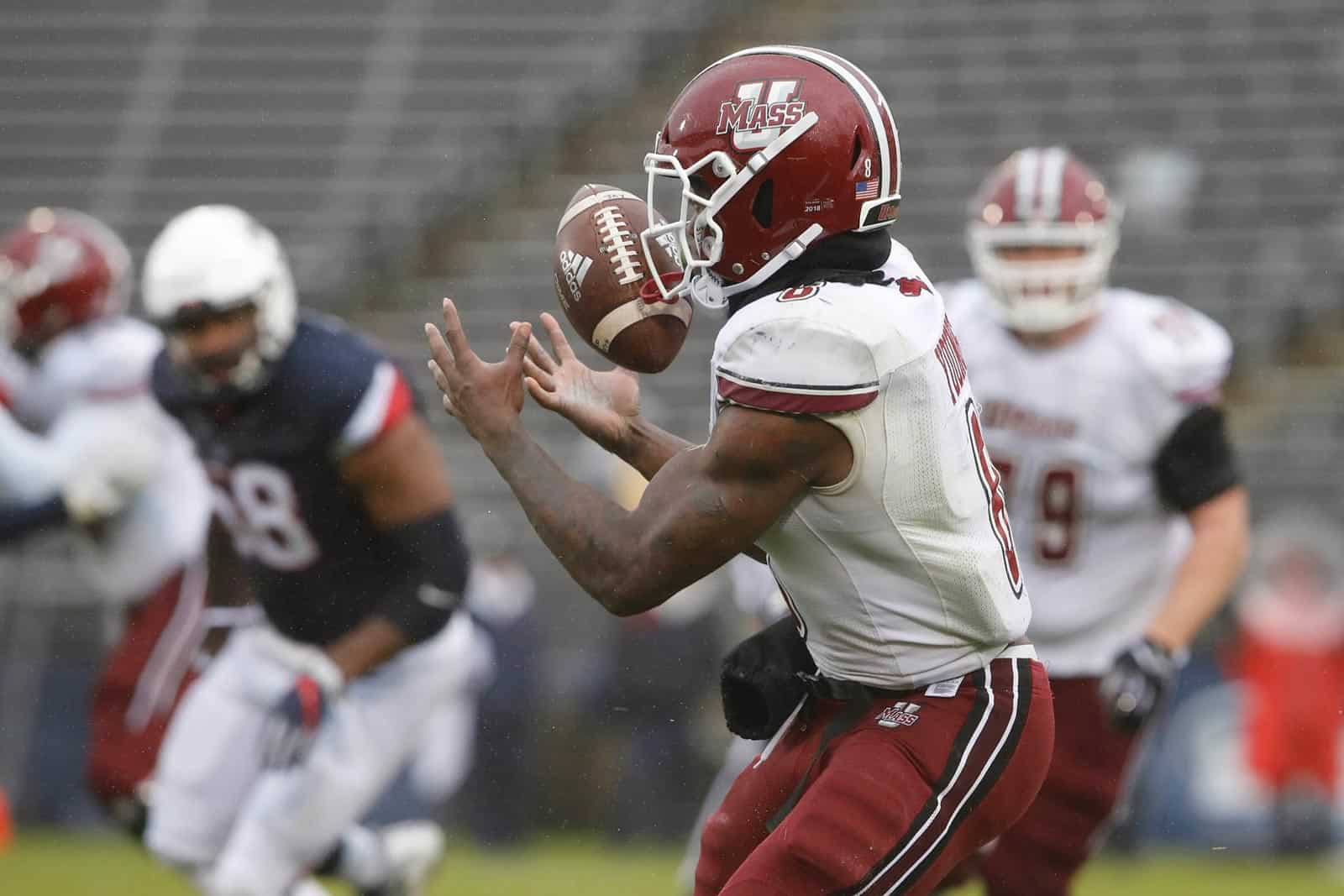 The UMass Minutemen have added the Stony Brook Seawolves to their 2022 football schedule, FBSchedules.com has confirmed.

Stony Brook University Director of Athletics Shawn Heilbron announced the contest with UMass on Thursday via his Together We Transform blog on Stony Brook’s official athletics website. He stated that the game was a replacement for their contest against San Diego State in 2022, but did not specify an exact date.

UMass Director of Athletics Ryan Bamford confirmed to FBSchedules.com that the Minutemen will host Stony Brook at McGuirk Alumni Stadium on September 17, 2022.

UMass and Stony Brook first met on the gridiron in 2006 and have played three times overall. In their most recent matchup in 2010, the Minutemen traveled to Stony Brook, N.Y., and defeated the Seawolves 26-21 to extend their lead in the series to 3-0.

Stony Brook is a member of the Colonial Athletic Association (CAA) in the Football Championship Subdivision (FCS). The Seawolves opened their 2019 campaign with a 35-10 victory at home over the Bryant Bulldogs.

UMass was previously scheduled to play at the Boston College Eagles on Sept. 17, 2022, so that game will be postponed to another season to be announced, per UMass’ Ryan Bamford.

Earlier on Thursday, we reported that UMass will travel to take on the Texas A&M Aggies on November 19, 2022. The Minutemen will receive a $1.7 million guarantee for the game, according to the copy of the contract obtained from Texas A&M University.

The addition of Texas A&M temporarily gave UMass 13 games for their 2022 schedule, one over the limit. It also left them with only four games at home, also one game under the NCAA’s minimum of five.

With Stony Brook added and Boston College likely postponed, the Minutemen now have a 12-game schedule with five home contests. The Stony Brook game also breaks what would have been five consecutive road games to open the season for UMass.

Barring any additional changes, the Minutemen will open the season with consecutive games at Tulane (Sept. 3) and Toledo (Sept. 10) before hosting Stony Brook. UMass will then travel again for back-to-back contests at Temple (Thursday, Sept. 22) and at Eastern Michigan (Oct. 1).