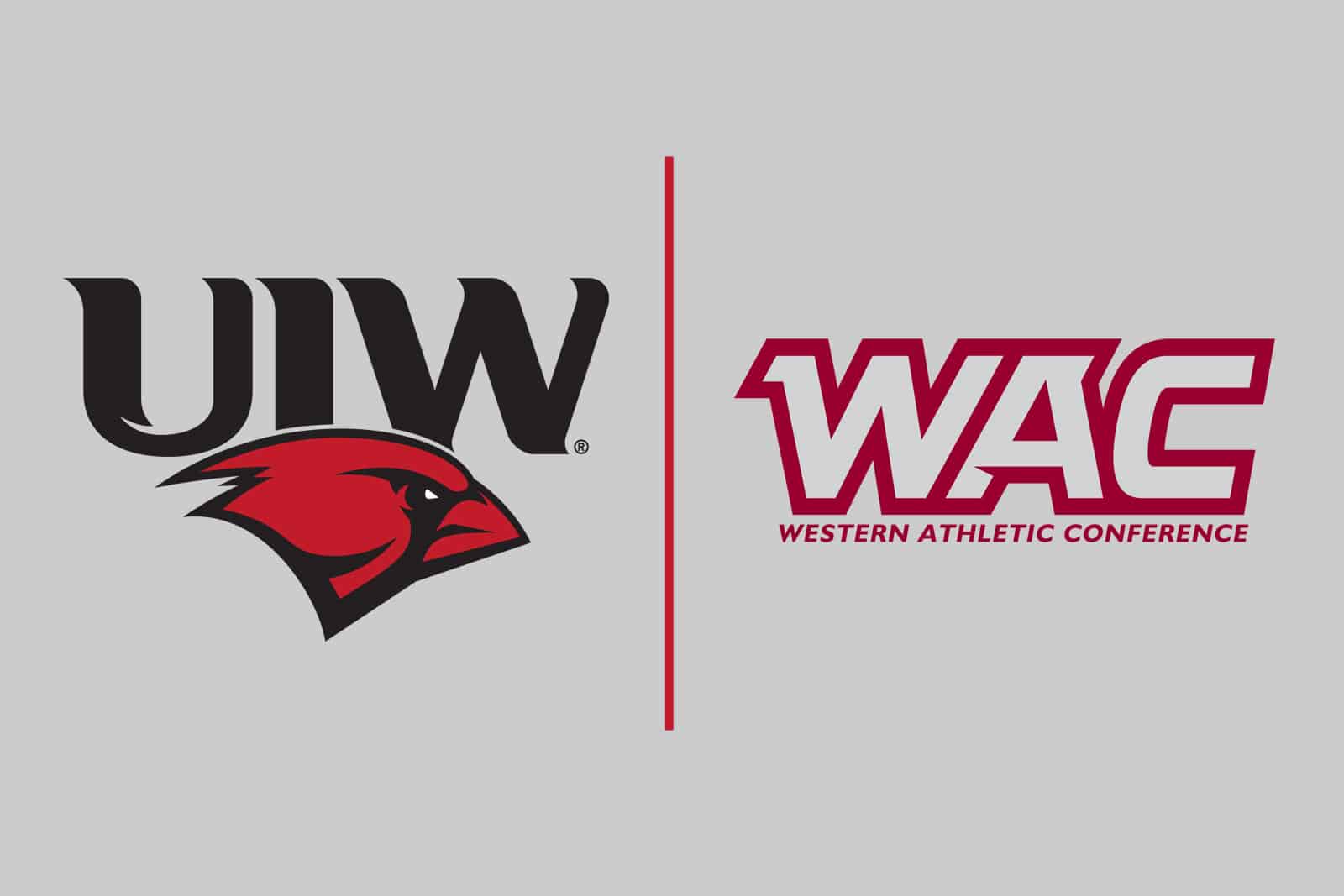 The University of the Incarnate Word (UIW) Cardinals have accepted an invitation to join the Western Athletic Conference (WAC), it was announced on Friday.

UIW will officially join the WAC on July 1, 2022. The Cardinals have been a member of the Southland Conference since 2013 following four seasons at the Division II level in the Lone Star Conference.

“UIW brings a stellar academic reputation, a balanced athletics program and a great geographic location to the WAC,” said WAC Commissioner Jeff Hurd. “The conference’s Board evaluated every aspect of UIW’s profile and know it is a great fit for the conference now and for years to come.”

The addition of the Cardinals to the WAC will give the them seven Football Championship Subdivision (FCS) members. UIW will join Abilene Christian, Dixie State, Lamar, Southern Utah, Stephen F. Austin, and Tarleton State.

“As we have witnessed over the past several months, division one athletics can be a changing landscape and with that change will come opportunity,” said UIW President Dr. Thomas M. Evans. “The University of the Incarnate Word is committed to prioritizing what is best for our student-athletes and the mission of the university. A move to the WAC at this time puts our student-athletes in the best position to succeed academically and competitively.’

The Cardinals are 7-2 overall and 5-1 in Southland Conference action so far this season. UIW is next scheduled to play at the Nicholls Colonels on Saturday, Nov. 13.

Like we saw with the A-Sun/WAC alliance for football this year, I wouldn’t be surprised to see that return, or maybe a Southland/A-Sun Alliance.

I apologize, the Southland is scheduled to have 8 full members for 2023.

The OVC & Southland have a scheduling agreement for next Year which predates UIW’s movement to the WAC.

Since the WAC relocated it’s Focus & HQ to Texas, I’m hoping they will be able to gain traction there & maintain it VS so many other Conferences who have a more compact geographic / & prestigious next level up Status in the Chicken pecking order that is Division 1A SEC Autnomous FB blowing up other 1A dependents & displacing 1AA Football from Virginia to Texas.

The WAC could lose some of its “true Western” (MT/PT) schools soon too. We already know Chicago State is leaving, if they stay D1, they should go to the Horizon League. NMSU is also going to C-USA.

If Gonzaga leaves the WCC for the Big East, I could see Cal Baptist head to the WCC.

Seattle should become the MW’s first non-football member, to offset Hawaii being football-only and allow the divisional schedule format in basketball, without necessarily keeping division standings (Seattle would play a West Division schedule). Seattle is in a good market.

So, this would put 6 WAC schools in Texas and 4 left in the MT/PT region (Dixie State, Grand Canyon, Southern Utah, Utah Valley). All 6 Texas schools are expected to play football in the WAC, plus DSU and SUU. To shore up the numbers for football, I would suggest adding Colorado Mines, and the 12th school doesn’t necessarily have to be football. Metro State, a successful basketball school in the RMAC, could be aching for an invite to go D1.

The Mountain West won’t take Seattle. There’s a reason they’re still in the WAC instead of the WCC, like the other west coast Jesuit schools. I could see them possibly going to the Big West or Big Sky, but I don’t think they have a good enough mbb program to move conferences. I agree with you that the WCC would likely take Cal Baptist once BYU leaves, unless Seattle massively improves in the next 2 seasons.
I also think there is a chance that the WAC could add Northern Arizona, as they are nearby SUU, Dixie St, and GCU.

It doesn’t matter how good or bad Seattle is, their market is what matters, as well as the ability to play a divisional schedule in basketball.

The Big West is out because they are both private and not in California, Hawaii notwithstanding.

If the Big Sky were to add any non-football schools, I would bet they would take a gamble on adding the two Alaska schools that are currently in D2. Central Washington and CSU-Pueblo would likely be added by the Big Sky to reload on the football side. In basketball and football, then the Big Sky would have 6 teams each in Mountain States and West Coast States, forming the basis for Mountain and Pacific Divisions in the Big Sky. The Alaska schools would be part of the Pacific Division only in basketball, being replaced in football by UC Davis and Cal Poly.

“It doesn’t matter how good or bad Seattle is, their market is what matters”

Umm, yes it does, and no it doesn’t. Markets don’t matter much anymore.
And also, conferences don’t do divisional play for basketball much anymore.
Seattle might be stuck in the WAC for a while. The WCC won’t come knocking, the Big West likely won’t come calling, the Big Sky might, but I feel that their only options are WAC or drop back down to the GNAC in D2.
It’s a shame too because Seattle used to be in the WCC way back in the day before they dropped out of D1. It’s their goal to get back to the WCC, but the WCC wants to be a multi-bid conference, and adding Seattle U will lower their SOS and RPI.

If that happens, the WCC will never be the same. The Mountain West has similarly had fewer at-larges to March Madness since BYU and Utah left.

And conferences have played divisional schedules without keeping divisional standings. The Big 12 did this as a 12-team league, as did C-USA from 2005-13.

So if the Seattle market is what the WCC desires, they might have to add Seattle Pacific from the D2 GNAC. With BYU and Gonzaga being gone, the WCC could also try expanding into Hawaii by adding Chaminade (best known for hosting the Maui Invitational) and Hawaii Pacific from the D2 PacWest. Besides being the first Hawaii schools in the conference, HPU would also be the first fully non-sectarian private school in the WCC. Cal Baptist joining would give the WCC its first Baptist institution and first member in the Inland Empire.

Seattle probably won’t be considered by the Big Sky either because they are private, and the Big Sky prefers public schools. Hence my suggestion of Alaska and Alaska Anchorage from D2 as non-football members, Alaska is the last state in the union without any full-time D1 schools.

The Southland Conference may not be done being raided. C-USA could go for at least McNeese State.

If the WAC does want a 10th football school under my proposal I could see either Western Colorado or Colorado Mesa.

CSU Pueblo could go to the Big Sky.

If any RMAC football playing schools move up the first choice should be Colorado-Mesa with the second choice being CSU-Pueblo.

Metro State-Denver should just change their name to Denver State if they want to move up to D-1.

If the WAC were to want to do a 16-team setup, they can’t make the same mistakes they made in the 90s.

Here’s how a 16-team WAC could look for basketball (football members noted with an asterisk) if all my proposed changes take effect:

If somehow Southern Illinois, Youngstown State, Cleveland State (non-football), Robert Morris (non-football), Fordham football, and Richmond football can persuade the MAC to change its mind about expansion and add all these schools, it would start a chain reaction that would lead the Summit League to dissolve and the Horizon League also become 16-team.

The private schools in the Missouri Valley Conference – Belmont, Bradley, Drake, Evansville, Loyola (IL), and Valparaiso – would withdraw and form a new conference, inviting Bellarmine and Lipscomb from the ASUN and Oral Roberts and St. Thomas from the Summit.

The remaining public schools decide to continue as a football-oriented MVC, inviting the Dakota 4 and Western Illinois from the Summit, Eastern Illinois and Southeast Missouri from the OVC, and Augustana from the D2 NSIC.

The Horizon League loses Detroit Mercy to the Big East. and undergoes a major expansion that results in the following divisional alignment:

All schools in the new-look Horizon League are public. The OVC then adds Chattanooga, ETSU, Kentucky State, and Kentucky Wesleyan to form a 10-member conference, all schools in KY and TN, and playing football in the conference. With the ASUN planning to go FBS in the future, this would give the OVC a monopoly on FCS football in TN.

The Summit League would be dissolved after all these poachings.

The WCC won’t add anyone from D2. They were an 8 school league for a long time before they added BYU and Pacific (UOP).
If they do lose Gonzaga though, who knows what route they will go.
As for the Big Sky adding schools from Alaska? I have no idea, but I think they would only do so if those schools wanted to move up to D1.

D2 might be the WCC’s only option outside Cal Baptist if they lose Gonzaga.