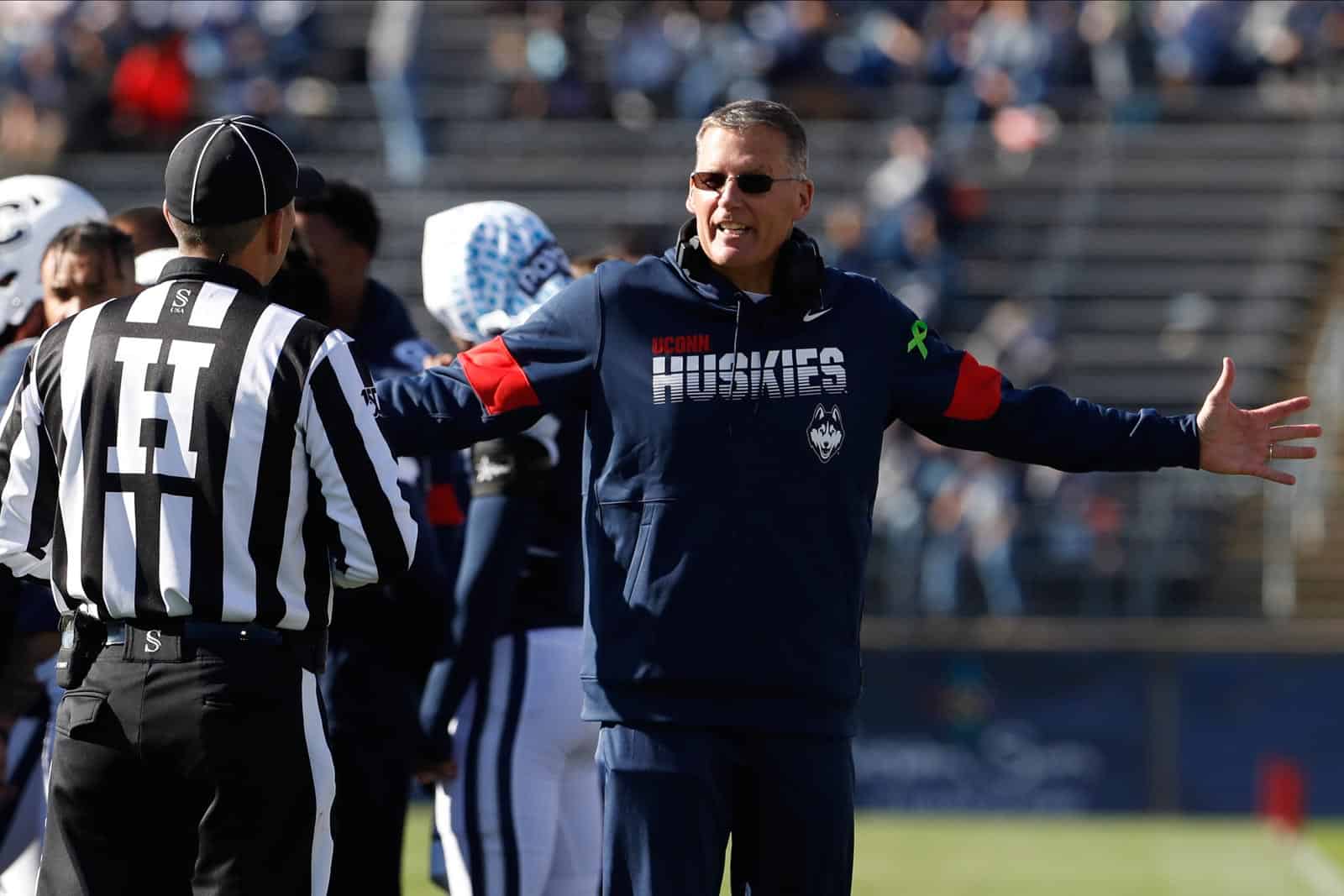 The UConn Huskies and the Army Black Knights have scheduled a four-game, home-and-home football series, FBSchedules.com has learned.

UConn revealed the first game of the series on Thursday within their 2020 football schedule announcement. UConn will host Army at Pratt & Whitney Stadium at Rentschler Field in East Hartford, Conn., on Nov. 28, 2020.

According to a copy of the contract obtained from the University of Connecticut via a state Freedom of Information Act request, UConn and Army will meet three additional times from 2021 through 2027.

UConn and Army first met on the gridiron in 1979 and have played a total of seven contests. In their most recent matchup back in 2015, the Huskies defeated the Black Knights 22-17 in East Hartford to extend their series lead to 5-2.

With nine opponents announced for UConn in 2020, the Huskies only need three more to complete their schedule. The Huskies will host UMass, Indiana, Liberty, Army, and Maine and will travel to play Illinois, Ole Miss, San Jose State, and Virginia.

Army’s 2020 football schedule appears to be complete with 12 games, but it has not yet been officially announced by the school. Army will host Bucknell, Oklahoma, Eastern Michigan, Buffalo, Air Force, and Princeton and will travel to Rice, Tulane, Miami (Ohio), UMass, and UConn.

The Black Knights will also face the Midshipmen in the Army-Navy Game at Lincoln Financial Field in Philadelphia, Pa., on Saturday, Dec. 12, 2020.