UCF ‘moving on’ from football series discussions with Florida 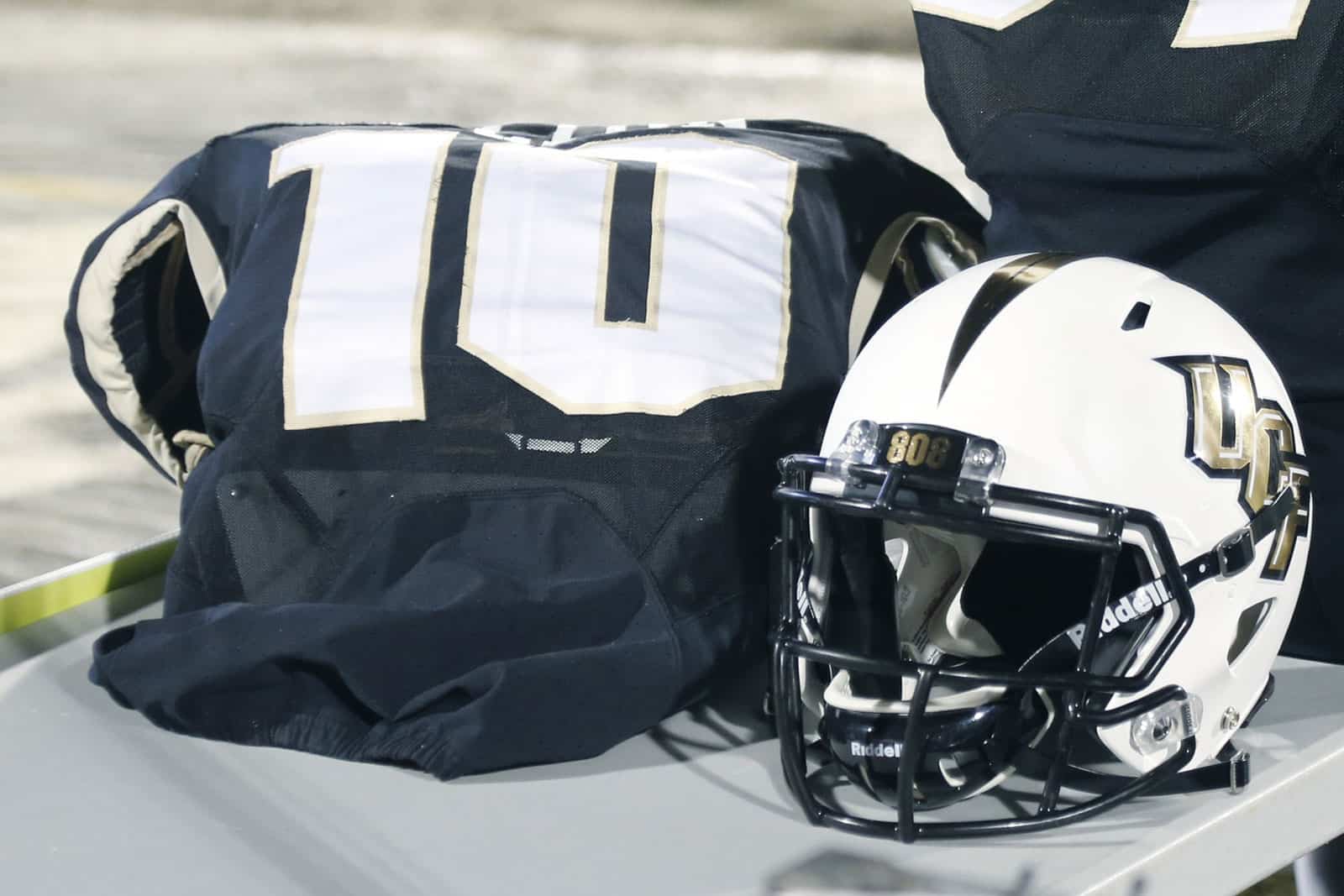 The UCF Knights and the Florida Gators have been discussing scheduling a future football series, but the possibility of that matchup appears to have dwindled.

Danny White initiated the conversation after Scott Stricklin told reporters that he would be open to scheduling UCF.

“I was excited to read that you are open to playing us in football and would like to talk more about that,” UCF’s Danny White stated. “We are looking for a home-and-home series beginning in 2021. …We would also consider a neutral-site game if that would expedite the process of getting a game scheduled between our two programs.”

UCF, however, has taken the stance that they will not play two-for-ones with Power Five teams, only home-and-homes. With that in mind, Stricklin replied to White’s email.

“UF isn’t in the market for home-and-home or a neutral site games against non-Autonomy 5 opponents,” Stricklin replied. “However, we would be open to a series similar to what we’ve agreed to with USF … two games in Gainesville and one in Orlando. We are in need of a home opener for the 2022 season, so the 9/3/2022 date you mention would be a perfect date to begin the series, and we can fill in the remaining games from there.”

The conversation continued from there, and White would later stray into calling the College Football Playoff a “monopoly” and wanting Florida to help him fix a “broken system” and “unfair scheduling practices.”

Yesterday, White appeared on WFTV in Orlando and stated that he is “moving on” from the negotiations.

BREAKING: Negotiations between @UCF_Football
and @GatorsFB for a future meeting are dead.@UCFDannyWhite told us today, they're "moving on."#UCF #Gators pic.twitter.com/xh4bDfw915

UCF went 13-0 last season and is 12-0 this season, but wasn’t selected to the College Football Playoff either time. That’s likely due to their strength of schedule, which suffers due to the relative strength of the other teams in the American Athletic Conference.

Moreover, UCF had one of their Power Five non-conference games canceled each season due to weather — a home game against Georgia Tech in 2017 and a game at North Carolina in 2018. Both of those contests, had UCF won, would have given the Knights a bump on their strength of schedule plus a Power Five win to boast about.

The Florida Gators, on the other hand, could also use a bump in their strength of schedule. Florida rarely plays two Power Five quality non-conference games in the same season and also played two FCS opponents in 2018 and has two scheduled in 2019.

Unfortunately, it appears that Florida and UCF won’t get together for a game any time soon. If both schools are going to stand firm on their scheduling principles, the very least they could do is play a neutral-site game in Miami or Tampa, even Orlando.

Normally I would agree with White about the home-home series, but not when it’s a powerhouse school from the same state. The exposure value that UCF would get from playing in these three games is worth more than the extra away game they would play. Just short-sighted thinking on White’s part.

Florida “left the state” for a non-conference game in 2017 when they played Michigan in Dallas for one of the kickoff games to start the season.

And while Florida is playing 2 FCS teams, you have to point out that they are playing both Miami and Florida State next season in addition to their conference games against Auburn, LSU, Kentucky, Missouri, and Georgia.

The “left the state comment” was meant as a true road game/home-and-home, just didn’t specify it correctly. As for the second part, that doesn’t excuse playing two FCS schools. In a time where many people don’t want FBS to play FCS, playing two is unnecessary.

“the very least they could do is play a neutral-site game in Miami or Tampa, even Orlando.“

This is exactly what UCF offered.

Central Florida seems to forget the were 0-12 in 2015. And they were still 1-AA (FCS) less then 25 years ago. They have yet to build true credibility / sustainability. By the time these games would actually have been played, “Florida Tech” may have regressed to their previous level, and not provide the strength of schedule boost that was intended.

Meanwhile, Gators have gone 27 years since they have played a non-conference, out of state, road game. This is an embarrassment to their Fans and their Conference. Scheduling this team would continue a very bad joke.

Can we now move on from talking about how UCF deserves an opportunity to play for the national championship?

Like it or not it comes down to this: White popped off about wanting an opportunity for UCF get into the mix for championships and UF offered that chance. Which was surprisingly rejected by a school who talks of growing past the traditional directional/commuter label yet when that big chance comes, they decline. This is a horrible decision since win or lose they would have cashed in big time in terms of publicity. You are left to assume they are content to cling to the woulda, coulda, shoulda tag when big time college football discussions are held preferring not to take the real risk of reality exposing them. Too bad.

I am with UCF on this. It’s why I think college football needs a commissioner and that non con games should have certain parameters to add incentives to have home and homes.

According to Neal Brown of Troy, this will be Troy’s best team ever this coming season. What is wrong with a Troy-UCF game to start the season in August?