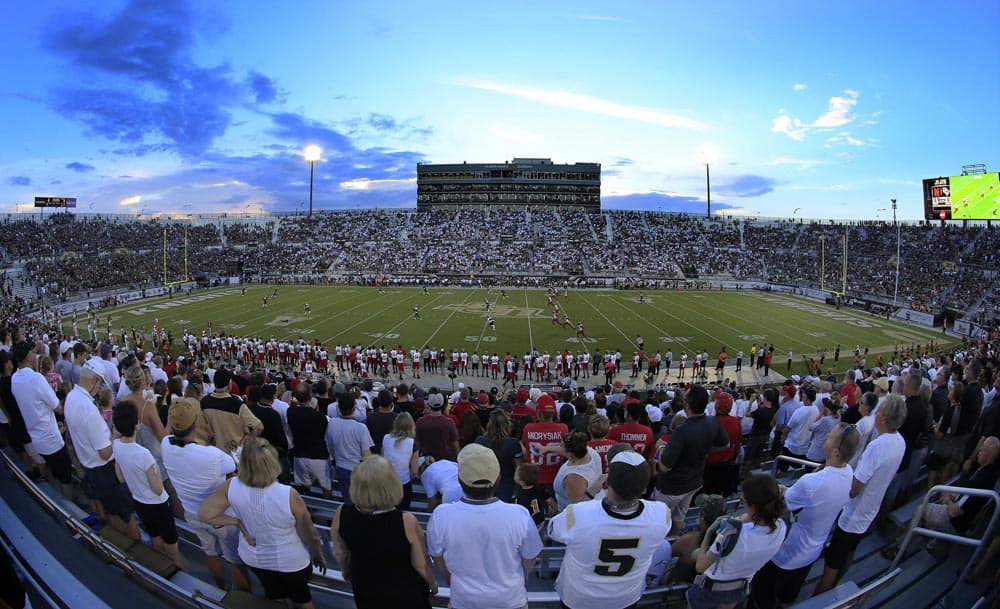 The UCF Knights have announced changes to their 2017 non-conference football schedule.

UCF was previously scheduled to travel to Austin to take on the Texas Longhorns on Sept. 9, 2017. At UCF’s request, the Texas matchup has been pushed back six seasons and will now be played on Sept. 9, 2023.

Maine is a member of the Colonial Athletic Association in the Football Championship Subdivision (FCS). The Black Bears finished the 2015 season 3-8 overall and 3-5 in CAA play.

UCF will open the 2017 season at home at Bright House Networks Stadium in Orlando against the FIU Golden Panthers on Sept. 2.

The following week, UCF hits the road to take on the Maryland Terrapins on Sept. 23 before hosting Maine on Sept. 30.