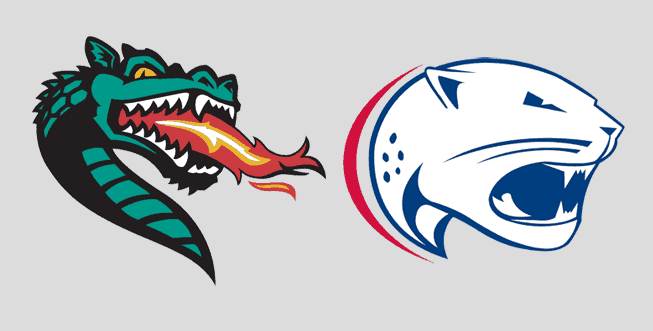 The UAB Blazers and the South Alabama Jaguars have scheduled a home-and-home football series for 2015 and 2016, both schools have announced.

The 2015 game will be the first ever meeting between the two schools. UAB is a member of Conference USA, while South Alabama just completed their first full season as a member of the Sun Belt Conference.

“Playing UAB is going to be good for our program as well as theirs, any time you can play teams in-state it’s a good thing.  We are looking forward to that rivalry,” stated South Alabama head coach Joey Jones. “I think this will be very similar to the UAB-Troy series which has been going on for a while now, both those schools have benefited from that rivalry.  I feel that these games will be very similar in that respect.”

South Alabama also has three games set for 2015. The Jaguars open the season at NC State on Sept. 5 and then travel to Nebraska the following week on Sept. 12.

In 2016, the Jaguars travel to LSU on Oct. 15 and Mississippi State on a date to be announced. They were originally scheduled to visit Starkville on Sept. 10, but they will now host UAB on that date.

UAB ought to ‘step down’ to the Sun Belt Conference. They could be the SB’s 12th team to get them back to two divisions. They’re being made into mincemeat in C-USA….

I agree with you totally David, UAB should be in the Sun Belt Conference, maybe they would be in a better shape than they are in and win more games.