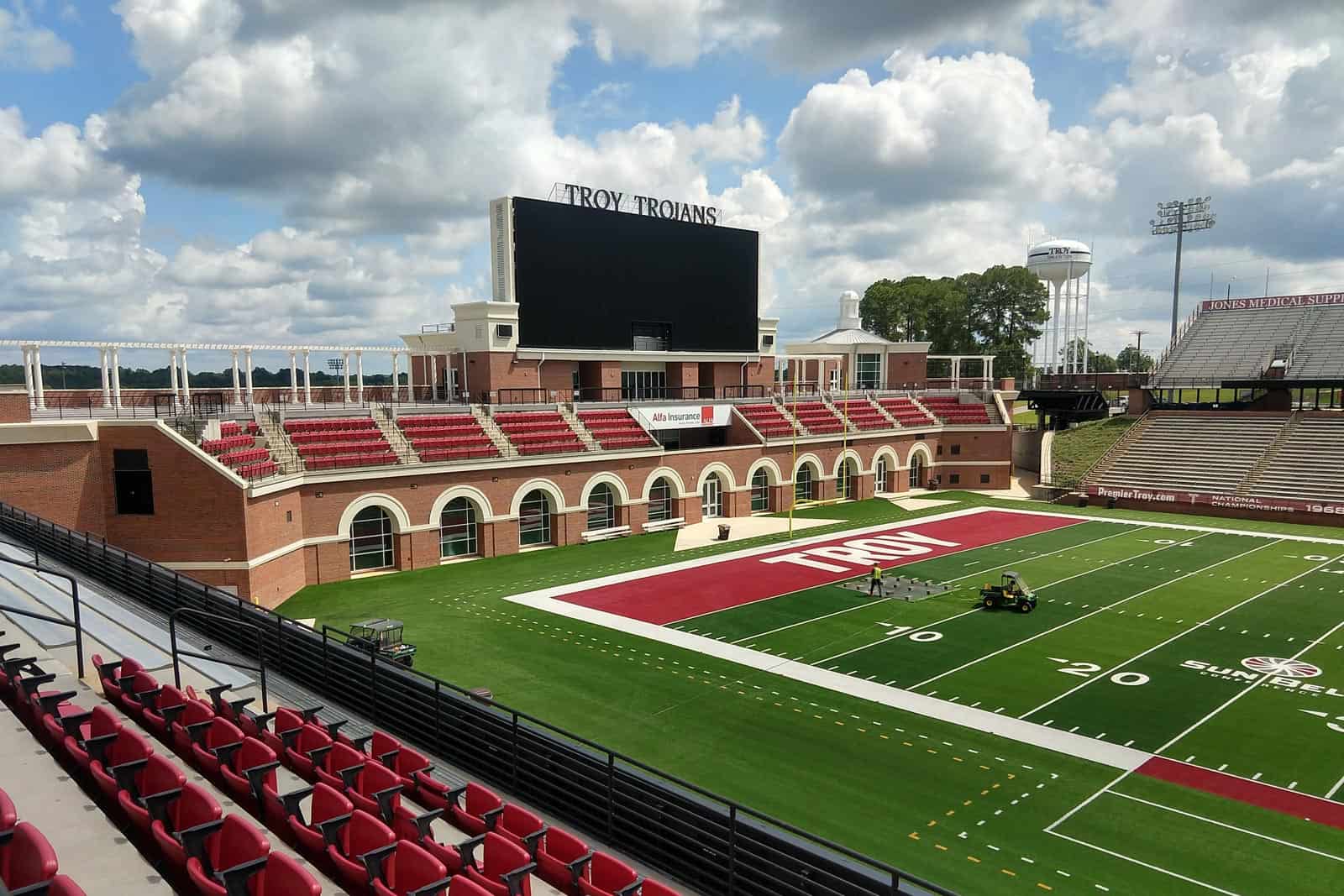 The Troy Trojans and the Army Black Knights have added two games to their future football series, according to Troy’s official athletics website.

Back in May of 2020, Troy and Army announced a four-game, home-and-home football series that is scheduled to begin this season at Veterans Memorial Stadium in Troy, Ala., on Saturday Nov. 12, 2022. The series then shifts to Michie Stadium in West Point, N.Y., on Oct. 14, 2023.

The other two games from the initial four-game contract are slated for Oct. 19, 2030 at Michie Stadium and Nov. 22, 2031 at Veterans Memorial Stadium.

Per Troy’s official athletics website, the Trojans will also travel to take on the Black Knights in West Point on Oct. 23, 2032 and will host them in Troy two seasons later on Oct. 14, 2034.

“This is a dynamic series not only for our football program but for our entire community,” Troy Director of Athletics Brent Jones said when the initial series was agreed to in 2020. “Troy University is deeply connected to the military and it will be an honor for us to host Army twice in The Vet while it will be a pair of unforgettable trips to West Point for our student-athletes, staff and fans. This is a series that will command national attention with two strong football programs meeting four times over a 10-year period of time.”

The 2022 contest between Army and Troy will mark their first-ever meeting on the gridiron.