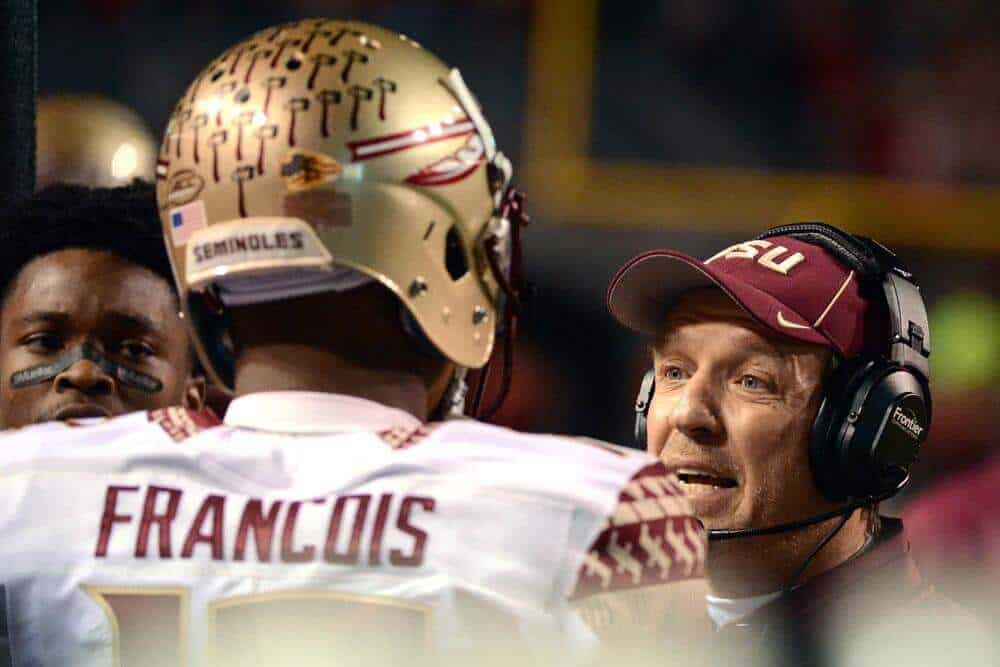 With only 87 days until the kickoff of the 2017 college football season, it’s time to make a plan.

While you know you’ll tune in for your school’s games, what other contests should you highlight on your viewing calendar?

The following 10 matchups are the best-of-the-best of the neutral-site games that are unique to the 2017 season. It’s no coincidence that the top seven are played across what will be an epic opening weekend. Prepare to salivate.

It’s about to be on.

As a note: Not included are games that are annually played at neutral sites – like Texas-Oklahoma, Georgia-Florida, and Army-Navy.

Seven days before the full slate of Week 1 kicks off, Rice and Stanford will square off down under. It’s the fourth-ever college football game in Australia, the most recent coming last year between Cal and Hawaii – also in Sydney.

The Owls and Cardinal last met on the gridiron in 2016. They played four regular-season games from 1957-64, and then met last season in Stanford. Rice leads the all-time series 3-2.

The last of the three college football games slated for Fenway in 2017, UConn-Boston College is the only matchup featuring two FBS schools.

This is the 14th all-time meeting between the Huskies and Eagles and a rematch of last season’s game in Chestnut Hill. BC has never lost to UConn, 11-0-2 all-time in a series that stretches back to 1908. The two ties were scoreless games in 1908 and 1910.

The two have met once in history as conference foes, in 2004, when their paths crossed briefly in the Big East.

Though technically a home game for Rutgers, Yankee Stadium is an hour-and-a-half drive north from the Scarlet Knights’ campus in New Jersey. It’s the only regular-season college football game slated for Yankee Stadium in 2017, also host to the Pinstripe Bowl in December.

The only conference game on our list, Rutgers and Maryland have met 12 times previously, three times since joining the Big Ten in 2014. The Terrapins lead the all-time series 7-5 and have won the last two.

The Boilermakers and Cardinals have only met once previously, a 22-22 tie in 1987 in West Lafayette, Ind. Both schools went on to finish the that season 3-7-1. For Purdue, it was the first-year of the Fred Akers era – fresh off a quick exit from Texas after leading the Longhorns to their first losing record in 30 years. For Louisville, it was the third-year of Howard Schnellenberger’s decade-long tenure.

NC State hasn’t opened a season with a neutral game since falling to Tennessee 35-21 in Atlanta in 2012. For South Carolina, it was as recently as 2015 when it edged North Carolina 17-13 in Charlotte.

The season-opener for LSU, BYU will have already had an extra-early game with FCS Portland State (Aug. 26) under its belt by the time it arrives in Houston. The Tigers have kicked off their year with a neutral game three of the last four years, the only exception coming in 2015 when they hosted FCS McNeese State in Week 1. The Cougars’ neutral opener vs. Arizona (in Glendale) last season was their first such game since upsetting (3) Oklahoma in Arlington, Texas to start the 2009 campaign.

This is the first-ever football meeting in history between LSU and BYU.

One of two Week 1 blockbusters at the brand-new Mercedes-Benz Stadium in Atlanta, Tennessee opens -up against a Power opponent for the first time since beating NC State in the 2012 opener in Atlanta. For Georgia Tech, which opened with games vs. FCS opponents from 2013-15, it’s the second-consecutive neutral kickoff – it started its 2016 season in Dublin, Ireland vs. Boston College.

It’s the 44th meeting between the two schools but the first since 1987. They’ve also clashed 22 times as conference foes including 14 games when Georgia Tech was a member of the SEC (1933-63). Tennessee leads the all-time series 24-17-2.

Scheduled for Week 1’s NFL-free Sunday, Virginia Tech opens-up with a neutral game for the first time since meeting (1) Alabama in Atlanta in 2013. Ironically, the Mountaineers haven’t started the season with such a game since 2014, also vs. (2) Alabama, also in Atlanta.

Michigan-Florida is Jerry Jones’ contribution to opening day shock and awe. The Wolverines haven’t declared Week 1 neutrality since 2012 when they visited Arlington ranked No. 8 in the preseason AP only to get smashed 41-14 by (2) Alabama.

For the Gators, it’s the first time they’ve opened a season vs. a program that’s currently in a Power conference since 1992 (25 years ago) when they beat Kentucky in Gainesville in Week 1. They haven’t kicked off the season away from home since 1987 (30 years ago) when they traveled to (10) Miami (Florida) and got zapped 31-4.

Michigan and Florida have met three times total, all in the postseason; the 2003 Outback, the 2008 Capital One and the 2016 Citrus. The Wolverines won on all three occasions.

Perhaps the best non-conference game of 2017, Alabama-Florida State meet for the first time since 2007 when the (22) Tide fell to the unranked Seminoles 21-14 in Jacksonville.

Alabama has opened-up its season with a neutral game vs. a Power school consecutively since 2012. The Tide are 5-0 in these games, all played in either Arlington or Atlanta. They haven’t suffered a Week 1 loss since 2001 when, ranked No. 25, they fell to (17) UCLA 20-17 in Tuscaloosa.

Florida State has met a Power program at a neutral site for its season-opener two of the last three years – beating (11) Ole Miss in Orlando last season and besting Oklahoma State in Arlington in 2014.

No, Alabama was ranked 3 to start that season.