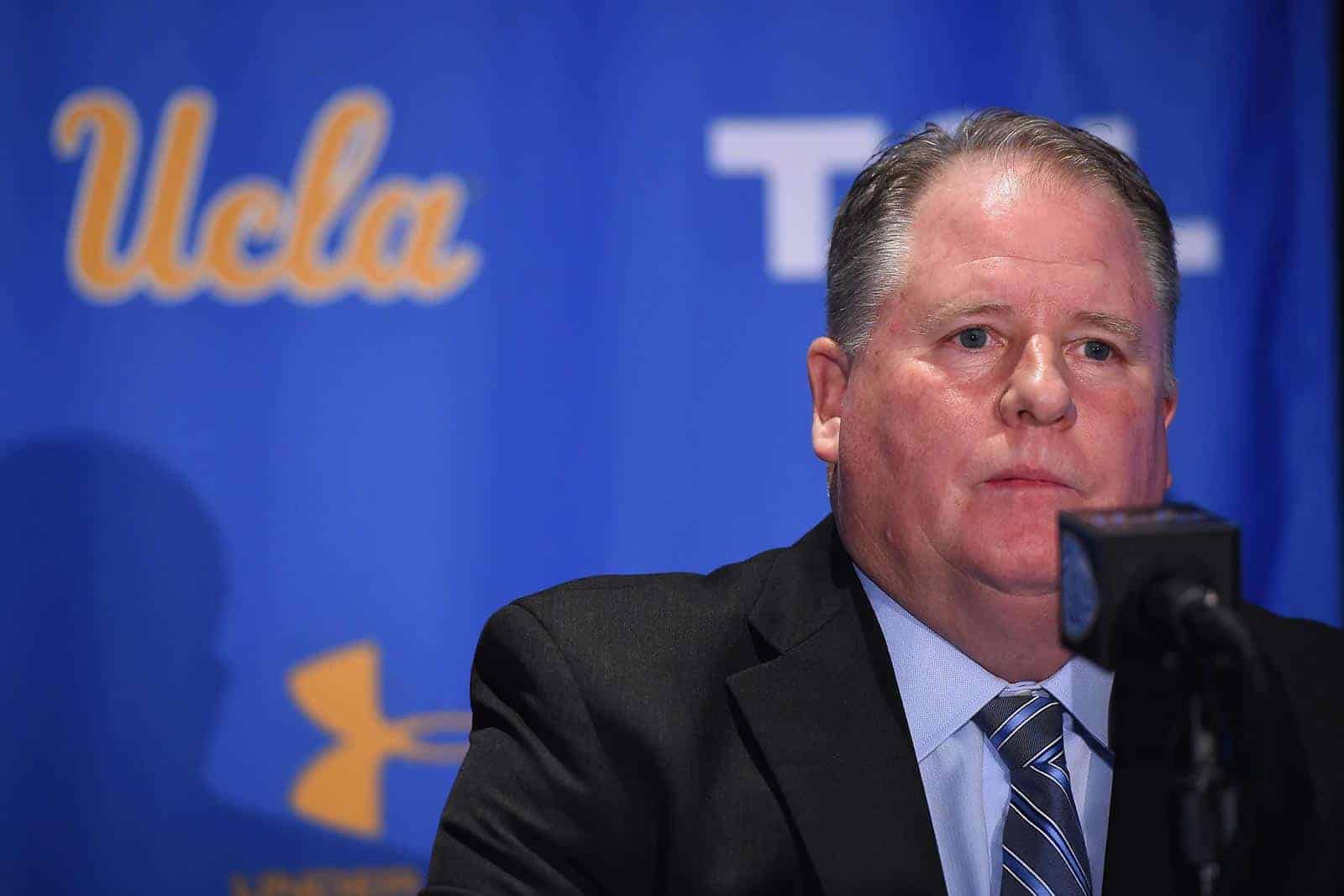 It was not a difficult task to find the top 10 games for head coaches at new schools in 2018. It was tough, however, narrowing the list to ten games. What games would you include or remove?

September 29 at Mississippi State
This is a pretty obvious choice as the No. 1 game for head coaches at new schools in 2018. The vitriol should not be too thick from the cowbell-ringing faithful, but the cheers of appreciation and respect will quickly turn to louder cheers of support for new Bulldogs head coach, Joe Moorehead. By the way, a close second place could actually be Joe Moorehead versus Florida because he could make huge inroads with these fans with a win over the coach who left Starkville for a “better job” in Gainesville. Mullen will want to win this one to avoid any of the stupid and early “did Mullen make the right move?” comments.

November 3 at Oregon
See a pattern for what we consider the biggest factor for our rankings? Not only does Dan Mullen return to Starkville in his first year at Florida, Chip Kelly returns to Eugene in November in his first year back in the college football coaching world. The Ducks have not been the same since Kelly left for the NFL and they just lost Willie Taggart to Florida State after only one season at Oregon. Chip Kelly will leave a very unpopular man if he can get the win in his first of what UCLA hopes will be many visits to Eugene. It is not a huge stretch to believe the Bruins could beat this down Oregon team.

September 22 at Alabama
In one of the two teacher (Nick Saban) versus student games in the top five, Jimbo Fisher plays the second of two College Football Playoff teams from 2017 in September when Fisher and the Aggies travel to Tuscaloosa to take on Nick Saban and Alabama. One of Kevin Sumlin’s biggest mistakes of his tenure in College Station may have been beating eventual national champion Alabama in Tuscaloosa in his first season as head coach. Sumlin was never able to live up to that 2012 season.

September 8 vs. Clemson
Fisher will waste no time finding out what kind of football team he has inherited. This game against Dabo Swinney and the near-dynasty of Clemson comes two weeks before Jimbo Fisher heads to Tuscaloosa to face Alabama. No. 3 and 4 on this list could be interchanged. Fisher at Alabama made it to No. 3 on this list because it’s an early conference game. Imagine the momentum Jimbo can manufacture with a win in Week 2

October 20 vs. Alabama
It’s the Battle of Aight. Yet another Nick Saban disciple is leading an opposing team in the SEC, but Pruitt seems much more Smart than he does Dooley. Year one will probably be ugly, but after that, all bets are off.

October 27 vs. Texas A&M (Jimbo Fisher)
Here’s another game involving Jimbo Fisher. There’s not a ton of expectations for Joe Moorehead at Mississippi State in 2017, but he arguably inherits the most talented of the teams among new coaches in the SEC. Moorehead and the Bulldogs could be an interesting team if Nick Fitzgerald is healthy. This one will be all about the Jimbos and the Joes.

September 29 at Georgia
Pruitt makes the list again as he takes on a team he once served as defensive coordinator for. Tennessee is in good hands with Pruitt, but season one is going to be awful as this game versus Georgia is just one of five consecutive games against Florida, at Auburn, Alabama, and South Carolina.

November 10 vs. UCLA (Chip Kelly)
Herm vs. Chip. Could be a huge rivalry. Could be a complete beatdown at the hands of Chip Kelly. There’s something stank about the Herm Edwards hire at Arizona State. The program is expected to have an NFL leadership structure. It could be the most innovative and groundbreaking business structure for a college football program. It could also implode and become an immediate disaster. Only time will tell and November 10 will be a late season test to tell what is working (and what is not) for each new coach

November 24 vs. Florida (Dan Mullen)
This is as big a game for Mullen as it is Taggart, but I feel guilty not having the Western Kentucky alum on the list before now. Two games that deserve honorable mention on the Seminoles 2018 schedule include the September 3rd opener at home against Virginia Tech and a potentially huge November 10th trip to South Bend to take on Notre Dame. These two games are arguably more vital than the No. 9 ranked game against Florida. It’s actually not arguable. The entire paragraph discusses the two honorable mention games. However, the Florida game is huge because it’s the in-state rival that will lay the foundation for years to come. Recruiting, alumni support, and booster support all hinge on this game because it’s the latest game of the season and the result has more staying power in the collective memory of those involved in the state of Florida’s in-state rivalries. Oh, yeah… then there’s the Miami game for Taggart….

Chad Morris is a Texas A&M alum and will be looking for an early signature win in his first year as the lead caller of the Hogs. The former SMU head coach can win some serious support from the restless Razorbacks in the Ozarks with a long-awaited win over the Aggies. The Hogs have not win since way back in 2011 when a hog-riding fella by the name of Bobby Petrino was head coach. This will also be a great opportunity for Chad Morris and Jimbo Fisher to experience overtime games in the SEC. Three of the last four games (’14, ’15, ’17) have gone to overtime, so it’s safe to assume the 2018 edition will follow suit.

Do more of these types of lists

The UCLA @ Oregon should be fun. How do you think Mario Cristobal will do as the head coach in Eugene?