The ten most long-awaited reunions in college football in 2021 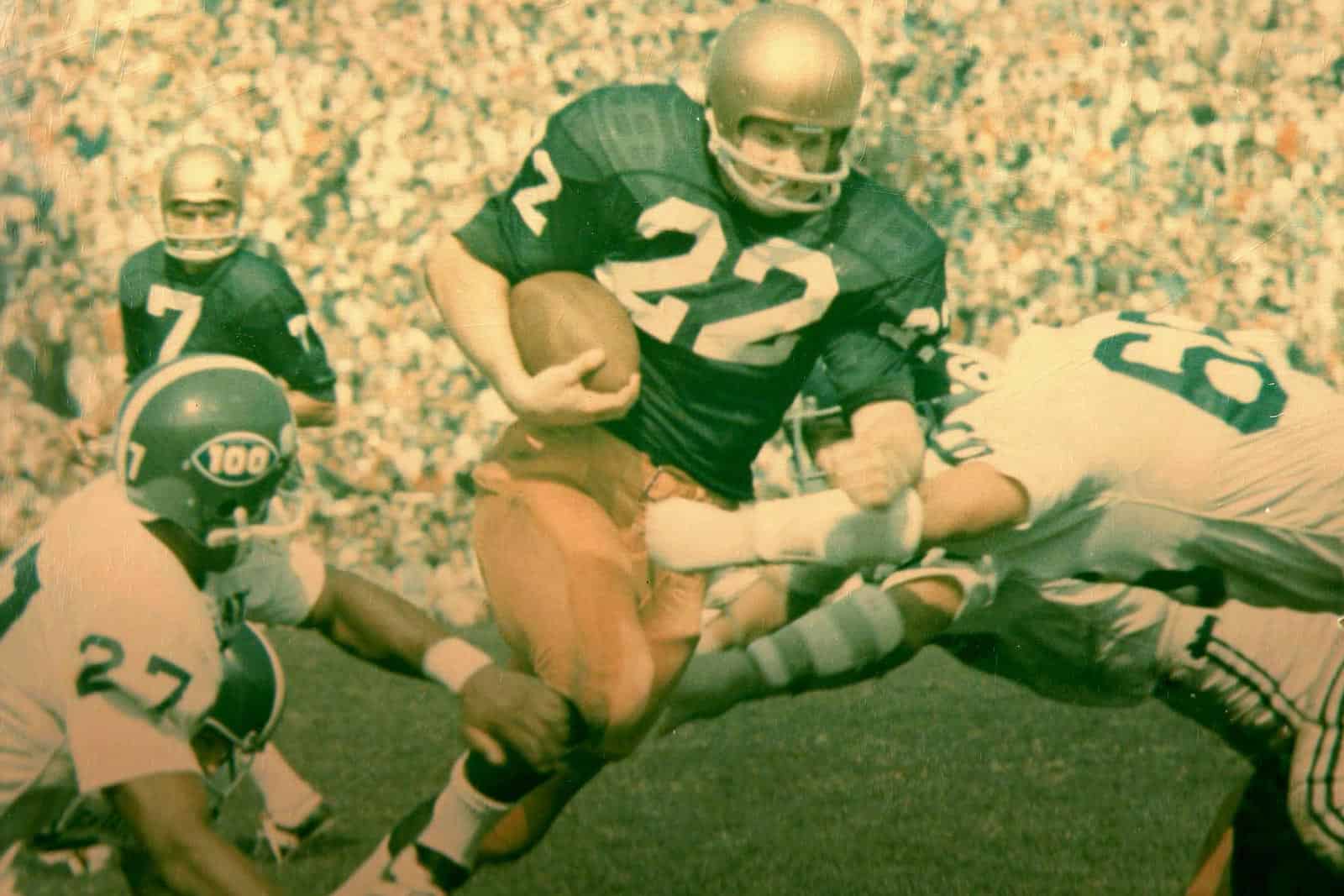 It’s been at least three decades since we’ve seen the following pairings on the gridiron. While all might not be stellar matchups, each is an individual opportunity to be a part of history.

Same day that: Nolan Ryan earned his 300th strikeout of 1989 – the last of his six 300 strikeout seasons, tying him with Randy Johnson for the most in history.

It’s been more than 30 years since these two met on a football field. For the Hurricanes it was the fourth victory in an 11-1 run that ended with a win over (7) Alabama in the Sugar Bowl sealing the deal on the third of the Canes’ five national championships. Miami leads the all-time series 4-0, the two schools have no plans to play again in the future.

Same day that: (9) Oklahoma earned 768 rushing yards in 72 attempts in a 70-24 win over Kansas State to set the NCAA single-game team rushing record.

The 1988 Tigers went 10-2, finished No. 8 in the AP and outscored their opponents 338-92. The only missteps were a 7-6 loss at unranked LSU and a 13-7 defeat vs. (4) Florida State in the Sugar Bowl. After shutting out the Zips they consecutively blanked Mississippi State (33-0) and Florida (16-0) for a 91-0 run in three weeks. This is Auburn and Akron’s second-ever meeting, they have no plans to meet again.

The only previous action between these two came via a home-and-home in 1983/84, the home team winning on each occasion. For BYU the win over Baylor in ‘84 was the second victory in a magical 13-game winning streak that ended with a triumph over Michigan in the Holiday Bowl and the program’s only national championship. The two are slated to play again next season, this time in Provo.

These two have met twice previously, regular season games in 1980 and 1983, both played in Knoxville and both resulting in wins for Pitt. The 1980 Panthers (11-1, No. 2 in the final AP) were led by head coach Jackie Sherrill and sophomore QB Dan Marino. Tennessee is scheduled to make its first ever visit to Pittsburgh in 2022.

Same day that: “Eye of the Tiger” by Survivor – the theme song for Rocky III – was the No. 3 single in the U.S.

These two have only met once previously, 39 years ago, in Murfreesboro. Middle Tennessee was a member of the Ohio Valley Conference at the time, still 17 years away from moving up to the FBS as an independent in 1999. Liberty’s football program was only nine-years old in 1982, in its second season as a Division II independent. The Flames moved up to Division I-AA (now the FCS) in 1988 and joined the FBS ranks in 2018. The two are slated to meet again in 2025, this time at Middle Tennessee.

Same day that: 100,000 people gathered in Washington D.C. to protest America’s involvement in the Vietnam War.

The Beavers’ and Boilermakers’ only previous football meeting ended in an upset of epic proportions. After starting the season with wins at Texas A&M, vs. (1) Notre Dame and Northwestern, Purdue was ranked No. 2 in the AP (the second highest mention in program history) heading into a showdown at Ohio State. After destroying the Buckeyes 41-6, the Boilermakers hosted an unranked Oregon State squad and got zapped 22-14. Rebounding with four straight wins, Purdue finished 8-2 and ranked No. 9 in the final AP. The Beavers and Boilermakers are also scheduled to play in Corvallis in 2024.

Same day that: The Milwaukee Braves and Philadelphia Phillies set a record by using a combined 43 players in nine innings.

Notre Dame and Wisconsin have met 16 times previously including consecutively from 1934-36, 1942-44 and 1962-64. The 1964 meeting was the opener for both teams – the Irish went on to win the next eight-straight games and rose to No. 1 in the AP before falling to unranked USC 20-17 in the finale. For the Badgers it was the beginning of a 3-6 campaign, the first of ten-straight losing seasons. The two schools are scheduled to meet again in 2026, this time in Green Bay.

Same day that: Residents of Jackson County, Oregon paid $1.96 to the London tea firm Davison and Newman – presumably their part of the $4,966 debt owed from the 1773 Boston Tea Party.

Utah State’s win over Washington State 60-years ago was the third victory in a historic 9-1-1 run that ended with a No. 10 rank in the final AP – the highest finish in program history. The Aggies were members of the Skyline conference at the time while the Cougars were an independent, a year away from joining the AAWU (Athletic Association of Western Universities), the predecessor to the Pac-8. The two schools have no future dates booked.

Same day that: Walter Hagen won the first of his five PGA championships (and the third of his 11 major titles) at Inwood CC in Long Island, New York.

These two have met twice previously, both decisive home victories for the Orange. The combined score of the two games – 111-0 – means that Ohio has an opportunity this season, 100-years after the most recent meeting, to score its first ever points against Syracuse. The two have plans to meet again in 2024.

Same day that: The United States celebrated the 97th anniversary of the ratification of the Louisiana Purchase (Oct. 20, 1803).

These two have only met once previously, Notre Dame shutting out Cincinnati 121-years ago in South Bend. The Irish won the first four games in 1900 by a combined total of 245-0 only to go 2-3-1 down the stretch to finish 6-3-1. The Bearcats went 3-5-1 that year, the only wins coming over Kentucky State College, Miami OH and Covington YMCA. The two schools have no future dates booked.

Cool article. Didn’t realize Notre Dame/Wisconsin haven’t met since the mid-60’s. Being in such close geographical proximity would cause you to think more often.

Looking forward to this and Baylor/BYU.

Sort of a nothing-burger of an article. Between conference schedules, possibly a true non-conference traditional rivalry (Florida vs. Florida State, Georgia vs. Georgia Tech, etc.), and scheduling favorite local cupcakes, universities only have two or three chances a year to schedule real non-conference opponents from another area of the country. The arithmetic says it would take thirty or forty years to cycle through all the possible non-conference opponents that are out there. Most such games will have no sense of real rivalry beyond just wanting to win the game at hand. And this article mostly features games that have no sense of rivalry, contrary to the title about “reuniting long lost rivals.”

What about Oklahoma-Nebraska which is a long, very storied rivalry, that has not occurred since December 4, 2010?

These are all based on how long it’s been since the matchup. It’s not a “best of” or “top ten” list.