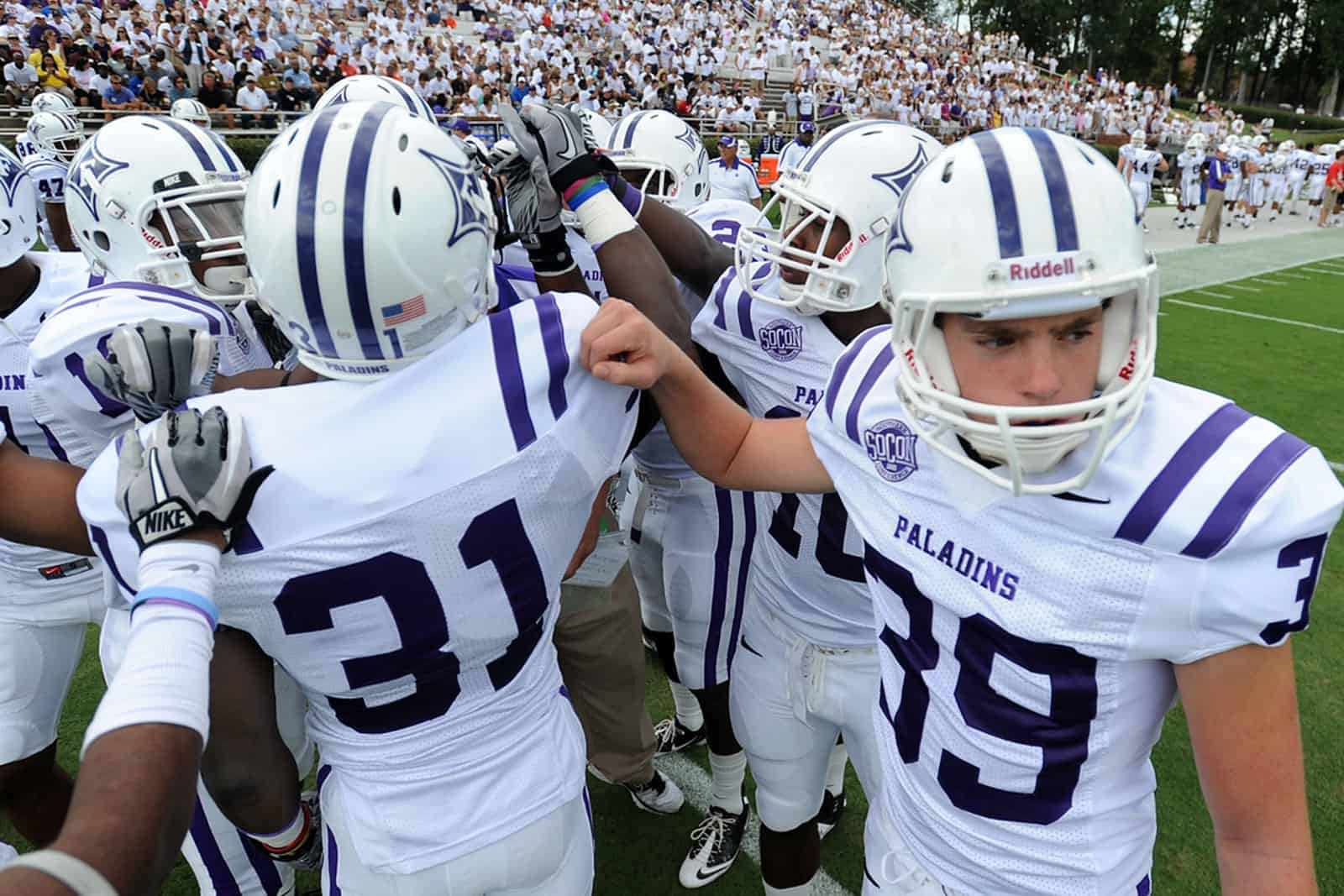 While you’ve likely heard of the teams that represent the FCS’s Southern Conference (East Tennessee State, Furman, Samford, VMI, Wofford, Chattanooga, Mercer, Western Carolina, and The Citadel) what you may not know is that their predecessors – the founding institutions of this same league – went on to rule the highest level of college football.

According to the Charlotte Observer, the Southern Conference was founded 100-years ago, in February of 1921, when a group of “larger colleges and universities of the south” met in Atlanta to form a “southern conference to govern athletic contests.”

The need for a new league for the bigger schools was highlighted in a 1920 meeting of the Southern Intercollegiate Athletic Association when the smaller member schools called for an end to what was known as the “one-year” rule. This policy required athletes to have one year of school under their belt before hitting the field, thereby preventing freshman from participating. From a competitive standpoint, the rule was detrimental to smaller schools which had fewer students to draw from.

The issue was highlighted in a 1921 piece in Raleigh, North Carolina’s The News and Observer by Fuzzy Woodruff, who opined that the formation of a new league for larger schools with more resources would ensure “elevens are evenly matched.”

Last week I was in Athens, Ga., to see the football game between the University of Georgia and Furman. It was a real football game. Furman knew just as much football as Georgia. It knew a whole lot more about the more advanced phases of football than Georgia did.

At the end of the first half Furman was leading 7-6, but everybody knew then and there the game was over and that Furman would not be returned the winner.

Furman has a student body of approximately 250. Georgia’s student body is about four times that large. Manifestly Furman could not call on the reserve forces that were at Georgia’s command. Manifestly it was the part of generalship for Georgia to batter what Furman had to pieces and win the game as it pleased when Furman had nothing left – which is exactly what Georgia did.

I’m not criticising Georgia for doing it, but it occurs to me that there is little sport in football games played under such conditions.

The Southern Conference became official on January 1, 1922 and adopted additional rules limiting eligibility to three years and prohibiting athletes that had attended one institution from switching to another school and “engaging in athletics under any circumstances.”

The following season, Florida, LSU, Ole Miss, Tulane, Vanderbilt, and South Carolina signed on. They were joined by Sewanee (The University of the South, now a Division III program) and the Virginia Military Institute (VMI, which is still a member of the Southern) in 1924, Duke in 1928, and Wake Forest in 1936.

Though it’s interesting to look back, could the blueprint for our future be hiding in our past?

What if the answer to improving the College Football Playoff scheme is not to expand it but instead to reconfigure the leagues that feed it (i.e., five Power conferences plus Notre Dame competing for four bracket spots)?

Could four regional super conferences (including one that might eerily look like the original Southern from 100-years ago) fielding a non-expanded four-team CFP bracket be what’s next?

And what if this golden nugget of historical inspiration also led to the formation of a fair space for the “smaller” schools?

Indeed friend, what if, while the new Power 4 competed for a national title, the Group of 5 programs broke away and competed for their own national championship?

The reason that Furman – in 2021 – has a clear shot at an FCS national championship is because the “bigger” southern schools stole away to form the Southern Conference in 1922 and then split again, in 1932 and 1953, to form the SEC and ACC.

The series of events didn’t leave Furman behind, or hold it back, it liberated it.

Until another such innovation occurs, programs such as Houston, Boise State, Southern Miss, UCF, Cincinnati, and Appalachian State have no legitimate path to play for a national championship. Even if they run the tables and win every single game, under the current regime, it’s not happening.

It occurs to me that there is little sport in football games played under such conditions.

The ACC was formed because the SoCon tried to sanction Clemson for playing South Carolina when required by state law after the SoCon said they couldn’t do it as punishment for playing in a bowl game in 1951, in violation of conference bylaws.

While the SoCon didn’t succeed in canceling a Clemson-SC game, the SEC did in 2020. Nevertheless, the SoCon was never the same after the formation of the ACC. By 1970, the last two big schools – what are now Virginia Tech and West Virginia – had left.

Of the schools that played football in the SoCon in 1970, only East Carolina is still in FBS, in the American. They left the SoCon before the 70s were over.

Furthermore, I see Houston, Boise State, and UCF joining the Big 12 this decade, and Cincinnati to the ACC.

First I do not see any conference going past 14 teams especially with an 8 game schedule, SEC and ACC. We have not seen the B12 in a rush to expand past 10 schools, I guess it will happen, however I am not sure might change there mind, They have spurned Houston, SMU, BYU, Boise St several times before. There has been tons of talk about an eastern partner for WVU like Cincinnati or Louisville (before ACC). Is it still about Conference TV Contracts or will the future be about School TV contracts like the :Longhorn Network, Notre Dame and BYU?

As a fan of a small school, it’s much more fun to play and beat the big teams than to play the small bad teams… Just let us in the playoff so we can win games that matter. It works for every other level of football and every other sport in the world.

Thanks for the Article Amy, the last 100 years have seen some big changes.