The American announces scheduling format for 2020, 2021 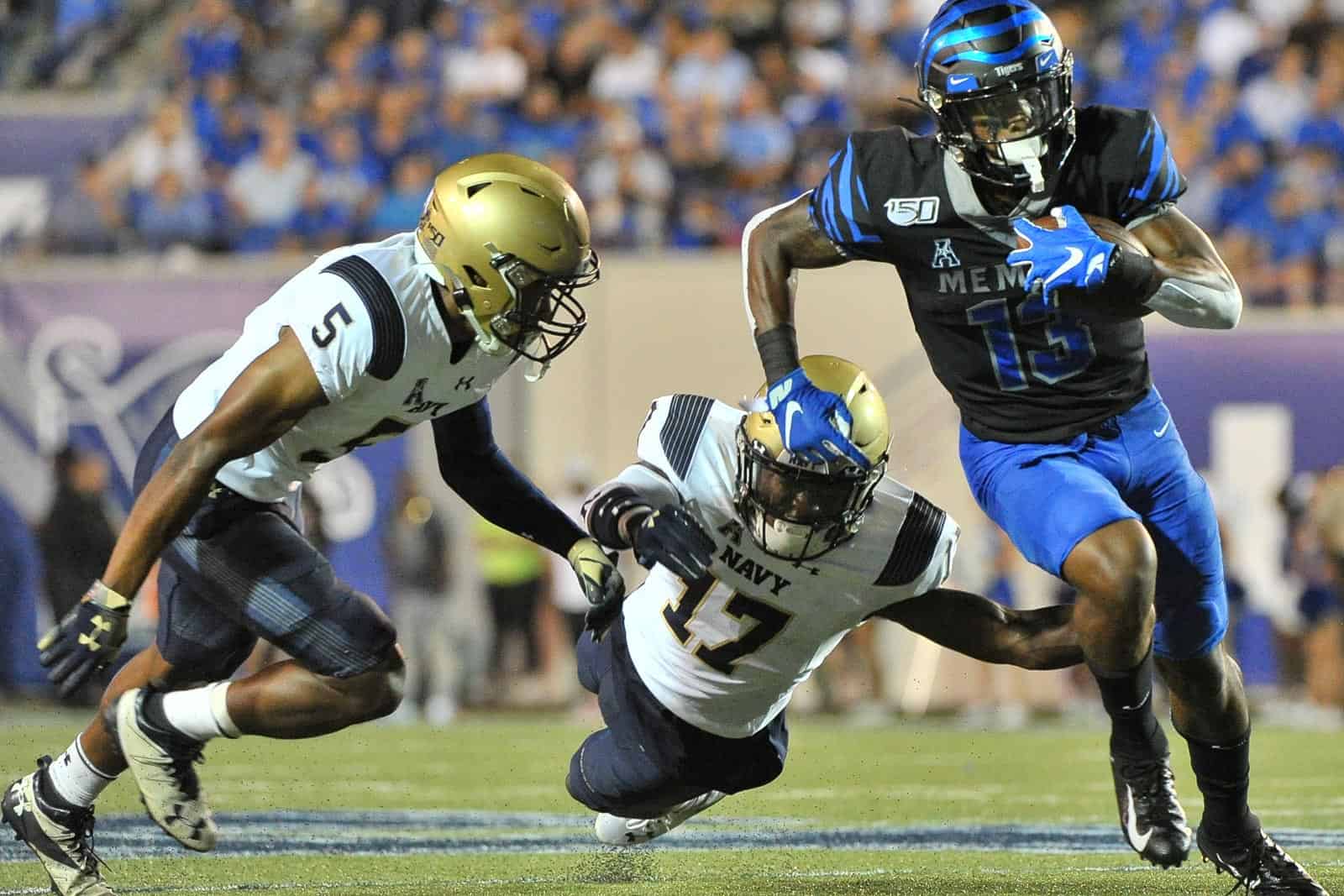 The American Athletic Conference has announced their new scheduling format for the 2020 and 2021 seasons.

With UConn departing the conference to become a Football Bowl Subdivision (FBS) Independent, the American will begin playing as an 11-team league in 2020. The departure also meant that the American needed to reorganize their conference matchups.

The American will also go without divisions in 2020 and 2021. The conference will still hold a championship game and the procedures for determining the participants will be announced at a later date.

In the next realignment cycle I see Cincinnati going to the ACC and UCF, USF, SMU, Memphis, Temple and Houston going to the Big 12.

If that happens, Conference USA will certainly be raided again. This time, the American will once again try for 12 football teams when all is said and done, and the C-USA schools I see going to the American are Charlotte, FAU, FIU, Marshall, Rice, UTEP, UAB, and Southern Miss. With the exception of the Florida schools, all were in C-USA as full members at some point prior to 2013. FIU was a men’s soccer affiliate starting in 2005 and became a full member in 2013, the same year FAU joined.

Nahh. If anything Houston, SMU, and Tulsa would bolt to the Big 12, Texas A&M will go to since they realize now that they have to play LSU, BAMA, and Auburn every year. FSU or Clemson will then boot to the SEC, and then UCF or Temple will replace them.

Texas won’t let A&M back in

Oklahoma and Oklahoma State do not want to be part of the same conference as Tulsa, but Tulsa is a smaller market anyway and besides I think OU and OKST will move to the SEC

Once OU and OK State join the SEC Bama and Auburn will move into the East division and Mizzou West.

Texas A&M will never leave the SEC Florida Man. They make too much money and the do not need Texas anymore.

I guess that is the least amount of change involved for the 11 remaining teams. A 10 game conference schedule would be unheard of. By 2022 they will figure out if they want to be a 12 team conference, a 10 team conference or something else. I suspect they will not stay 11 teams for long.

Likely the XII doesn’t break apart and doesn’t add anyone. If the American takes someone in to get to 12, Appalachian State is providing a very strong demo tape.

Is that right about a conference championship *without* having a round robin or playing all of your division? I thought one of those two conditions where needed for a championship? Or did they get the waiver for the next two years?

They received a waiver.

I know it is already too late with certain teams bouncing, but the ideal AAC in my mind was always:

This would account for Memphis (Big 12) and Cincy (Big 12 or ACC) bouncing to better conferences, and would eliminate a few Independent teams because I loathe the Independent Status.

Mike Aresco booted UConn football because he thought the entire athletic program betrayed him by aligning with the Catholic 7. Aresco is very bitter over losing the Big East name to them.

Army is fine as an independent. UMass football at this rate will never get into a conference.

As for UConn I have a feeling Brian Kelly will be out at ND when they realize he is keeping them from winning a national title. Edsall will be out at UConn, and Kelly will replace him there, based mainly on his work with Cincinnati. If Kelly can reverse the fortunes of UConn football drastically I see an ACC invite, which naturally would also come to Cincinnati (at Louisville’s insistence).

As I said before, Memphis, Temple, and the American’s schools in Florida and Texas will likely land in an expanded Big 12 which also adds Boise State and BYU. Come 2026 the SEC will poach the Big 12’s OK schools so that they can move Alabama and Auburn to the East Division and Missouri to the West. Missouri being in the East despite being further west than some of the West Division schools, and Auburn being in the West despite being further east than Vandy has made many geography buffs sick to their stomach, me included. The SEC will correct this when the Big 12’s GOR expires.

I kind of agree with you. What I think the SEC should do is eliminate divisions.
Then, each school has 3 other schools that they play each year.
Then, they play the other 10 on a rotating basis. Either it can be 5 one year, and 5 the next, or the first 5 for 2 years, and the next 5 for 2 years, and so on. That way, each school will be able to travel to another SEC campus at least once in a 4 year span.

If they went to 9 conference games, then each school could have 5 permanent opponents, which means more annual rivalries, like Ala/Ten, UF/LSU, Geo/Ten, LSU/Aub, LSU/Ala, etc.

Bama is further west than Vandy.