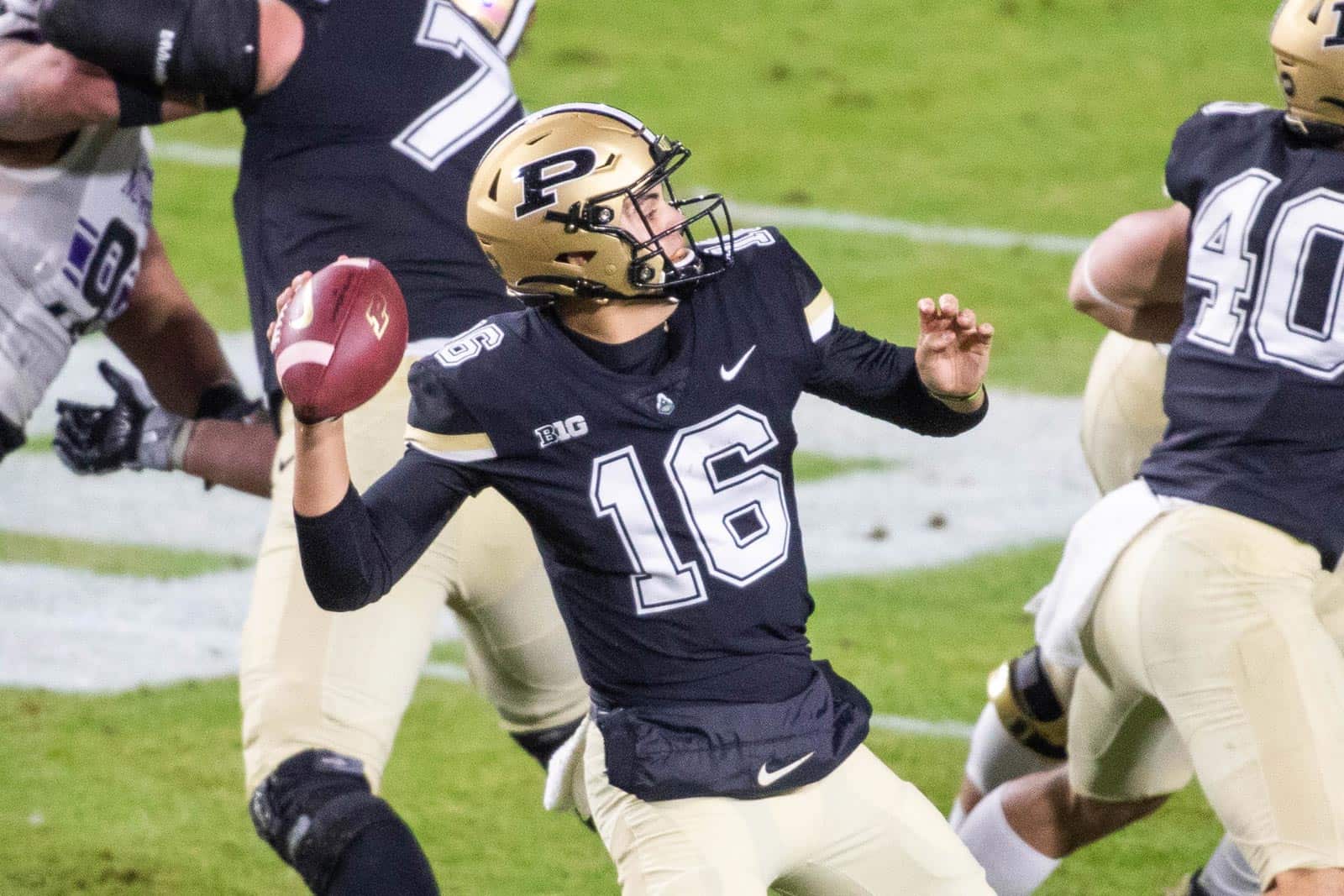 Of the 54 Power Five programs that play in a conference with two divisions, only 11 (or 20%) are scheduled to face two cross-division opponents ranked in ESPN’s Way-Too-Early Top 25.

It amounts to a huge disadvantage comparatively speaking. To illustrate, where Clemson will play Georgia Tech and Pitt from across the ACC in the Coastal division – neither of which are mentioned in the early rankings – Florida State will play North Carolina and Miami Fla., which come in at No. 7 and No. 25 respectively. And where Georgia draws unranked Arkansas and Auburn from the SEC West, Florida is set to play (2) Alabama and (20) LSU.

Whether a program is aspiring to win a championship or become bowl eligible, it’s a scheduling caveat that has the potential to change the outcome of the season.

Iowa kicks off 2021 with a visit from an Indiana squad that returns almost every starter from a team that finished last season at No. 12. While they avoid top-ranked Ohio State in cross-division play, they do host what should be a healthier and hopeful Penn State in Week 6. The Hawkeyes’ most-recent win over a ranked opponent came during their last outing, on Dec. 12, 2020, when they downed (25) Wisconsin 28-7 in the season finale. Their last win over a Top Ten foe was a 23-19 victory over (7) Minnesota in 2019.

NC State adds a Week 8 roadie at Miami to its standing date with permanent cross-division rival North Carolina. It amounts to the Wolfpack drawing the only two ranked (at least in the way-too-early version of the Top 25) members of the ACC Coastal. NC State last downed a ranked team in 2020 when it nipped (21) Liberty 15-14 at home. It’s most recent win over a Top Ten opponent came nine years ago, in 2012, when it scored a 17-16 upset win vs. (3) Florida State.

Like NC State, Florida State draws two ranked foes in cross-division play, adding the top-ranked Tar Heels to its annual clash with permanent rival Miami. The only difference is FSU gets the more highly touted of the two on the road. The Seminoles went 1-2 in ranked action last season, losing on the road vs. the (12) Hurricanes (52-10) and (5) Irish (42-26) but earning an upset victory at home vs. (5) North Carolina (31-28).

Penn State opens its 2021 campaign with a visit to Wisconsin, a team that returns the bulk of its starters to a unit that spent last season battling COVID-19 more than its opponents. It also draws a roadie vs. Iowa, the only other ranked squad in the West. Compare that to Ohio State, which draws zero such foes in cross-division play. Though the Nittany Lions beat four Top 25 foes in a season as recently as 2019, it hasn’t toppled a Top 10 opponent since edging (6) Wisconsin 38-31 in the 2016 Big Ten title game.

Colorado is one of three members of the Pac-12 South to draw both early-ranked members from the North division in cross-division play. The Buffs last beat a ranked opponent in 2019, scoring a 34-31 win at (24) Arizona State. The last win over a Top Ten foe dates to their Big 12 days when, in 2007, they upset (3) Oklahoma 27-24 at home.

Arizona’s cross-division slate mirrors that of Colorado’s with two exceptions: it gets Cal at home and has a roadie at Washington State rather than a home game vs. Oregon State. Given that the Cougars have managed to post a winning record four out of their last six tries vs. the Beavers seven straight losing seasons, we’ll give Arizona the slight edge in difficulty. The Wildcats most recent win vs. a ranked opponent came in 2018, a 44-15 beatdown of then (19) Oregon. They haven’t scored a Top Ten win since 2015, a 37-30 victory over (10) Utah.

Like Colorado and Arizona, UCLA draws Washington, Oregon and Cal in cross-division play but gets the Ducks at home and travels to play the Huskies. What seals the deal in difficulty is a roadie to Stanford where it’s won once in its last seven visits. The Bruins last beat a ranked foe in 2019, icing (24) Arizona State 42-32 at home. The most recent win over a Top Ten opponent came during Rick Neuheisel’s third season at the helm, in 2010, a 34-12 win at (7) Texas.

Florida has the unenviable task of adding top-ranked Alabama to its standing date with permanent cross-division rival LSU. The only good news is it gets the Tide at home as opposed to Tuscaloosa where it hasn’t won since 1998. The Gators beat a top-ranked team as recently as last season, trouncing then (5) Georgia 44-28.

Tennessee adds a visit from Ole Miss to its standing date with permanent cross-division rival Alabama. It gets the edge over Florida in difficulty because of the Rebels’ slightly better ranking in the way-too-early combined with the fact it gets the Tide on the road. The Vols are 0-8 in ranked action since 2019, their last such win came in November of 2018 when they hosted (12) Kentucky and won 24-7. They haven’t beaten a Top Ten opponent since the Philip Fulmer era, a 51-33 victory at (10) Georgia in 2006.

Minnesota draws the top two ranked teams in the Big Ten in cross-division play. The only upside is getting Ohio State at home (in the season opener) and the addition of Maryland, which hasn’t posted a winning record since its first year in the league in 2014. The Golden Gophers beat two Top Ten opponents in the same season as recently as 2019, edging then (5) Penn State 31-26 at home on Nov. 9 and then finishing with a 31-24 win over (9) Auburn in the Outback Bowl.

Like Minnesota, Purdue is burdened with playing the top two teams in the entire conference in cross-division action. To make matters worse, it gets the Buckeyes on the road and adds in a Michigan State program that despite its 2–5 record last season has consistently been a part of the conversation. The Boilermakers haven’t beaten a ranked opponent since downing (19) Iowa 38-36 on Nov. 3, 2018, just two weeks after they shocked the world and destroyed (2) Ohio State 49-20.

Thanks for highlighting the variance in cross division schedules and how different they can be for team in the same conference. These contests, unlike out of conference games, count toward who gets into the conference title game from their division.

Georgia very well might be the team in the SEC title game even if they are not better than Florida and Tennessee, that is the value of no Alabama on the regular season schedule.