The 10 longest-awaited reunions in college football in 2020 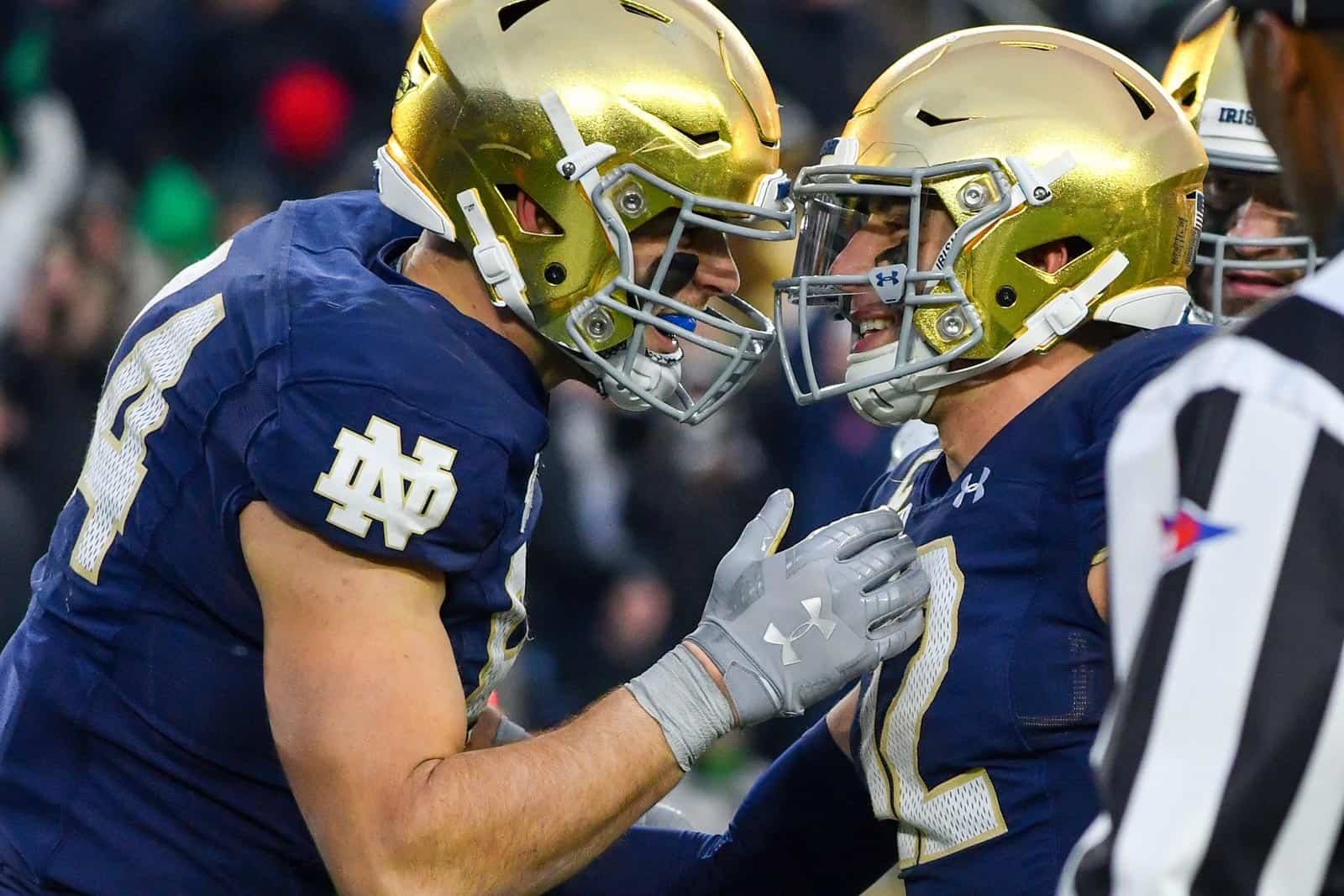 It’s been at least 30 years since the following ten matchups were featured on a football field. Each was played before a series of ruling bodies were assigned with the task of fielding a national championship game – the Bowl Coalition (1992-94), the Bowl Alliance (1995-97), the BCS (1998-2013), and currently, the College Football Playoff.

Each combo will be played in what was considered, the last time it met, the far-off future.

The Hurricanes haven’t met the Spartans on the gridiron in 31 years. Miami was still an independent in 1989, two years from joining the Big East. The Hurricanes won 26-20, part of a 10-1 run that was capped with a victory over (7) Alabama in the Sugar Bowl and a national championship. For Michigan State, it was one of four losses, all to top-ranked teams, that led to an 8-4 finish.

The two have met four times since first clashing in 1945, all during the regular season with the Hurricanes winning on each occasion. They are set to meet again next season in Miami Gardens.

These two have only met once previously, a 52-7 home win for the Zips. For Akron – which was an independent in 1988, four seasons away from joining the MAC – it was part of a 5-6 campaign. For New Mexico State it was one of ten losses in a 1-10 effort in its first season in the Big West. The only victory came at Kansas.

The two have plans to meet again in 2022, this time in Akron.

It’s been 45 years since the Bears and Rebels’ only-ever clash on the gridiron, resulting in a 20-10 win for Baylor. It was the season opener for both squads, a promising start for the Bears which took the next week off and then scored back-to-back ties vs. Auburn and at (9) Michigan. That catapulted them to No. 18 in the AP. From there things went wrong, dropping seven of their last nine to finish 3-6-2. Ole Miss took the exact opposite trajectory, adding consecutive losses at (8) Texas A&M and at Tulane to its start before winning six of the last eight and finishing 6-5.

The two don’t currently have plans to meet again.

The Bobcats and Eagles have only met once previously, 54-years ago, when Ohio U. waltzed into Chestnut Hill and beat BC 23-14. The Bobcats’ win came directly after a 42-3 loss in the season opener at (8) Purdue and was part of a 5-5 record. For Boston College, an independent at the time, it was one of six total losses in an underwhelming 4-6 finish. The only wins were vs. VMI, Buffalo, William and Mary and UMass.

The two schools don’t have any plans in place to meet again.

The two will meet again next season, this time in Chicago.

The Cougars and Aggies have only met three times previously, all regular season games that occurred between 1949-61. Their last meeting was in Spokane, Washington, a 34-14 win for Utah State which also marks the only time the Aggies have beaten WSU. They finished the season 9-1-1 and ranked No. 10 in the final AP poll, the highest single ranking in program history. The Cougars went 3-7 that season, the only wins coming vs. Idaho, Oregon and at Stanford.

The two have plans to meet again in 2021 in Pullman.

Tulane was still an SEC member when it played its home-and-home series vs. Northwestern in 1955/56 (it went independent in 1966). It won both games scoring a 21-0 shutout in New Orleans in 1955 (part of a 5-4-1 finish) and winning 20-13 in Evanston the next year (part of a 6-4 finish). For Northwestern, the first contest was played during Lou Saban’s one and only season as the Wildcats’ head coach (an 0-8-1 debacle) and the second during the first year of the Ara Parseghian era (a much improved 4-4-1 finish).

The last time these two squared off, Woody Hayes was in his first year as the head coach at Miami Ohio and Bo Schembechler played tackle for the Redhawks. Hayes would leverage his two seasons in Oxford into the head job at Ohio State, where he started in 1951. Schembechler joined Hayes as an assistant in Columbus in both 1952 and from 1958-62, was the head coach at his alma mater from 1963-68 and finally landed at Michigan in 1969. Pitt edged Miami 35-26 on its way to a 6-3 finish which included losses to (11) Ohio State and (9) Minnesota. Miami finished 5-4 and came in second in that year’s MAC standings.

The two currently have no plans to meet again.

It’s been 95 years since Toledo and Michigan State’s one and only football meeting in history. The Spartans blanked the Rockets 58-0 in East Lansing, which means that Toledo has never, ever, scored a point on MSU. The Spartans, an independent at the time (they joined the Big Ten in 1953), finished 3-5 that season while the Rockets sputtered to a 1-8 mark.

The two schools don’t have any plans to meet again.

The longest-awaited reunion in the FBS in 2020 is 114 years in the making. Nebraska shutout the Bearcats 41-0 in Lincoln, closing out a 6-4 campaign in what was its final year as an independent before joining the Missouri Valley Intercollegiate Athletic Association the next season. For Cincinnati, the loss was a part of a 0-7-2 campaign.

The two are slated to meet again in 2025, this time in Cincinnati.

Yes, and 9-0 until a controversial last-game loss at USC.

Great piece — the US presidents was a great touch. I can’t believe it’s been so long since Wisco and ND.

The last time Toledo played Penn State, they won that one too.