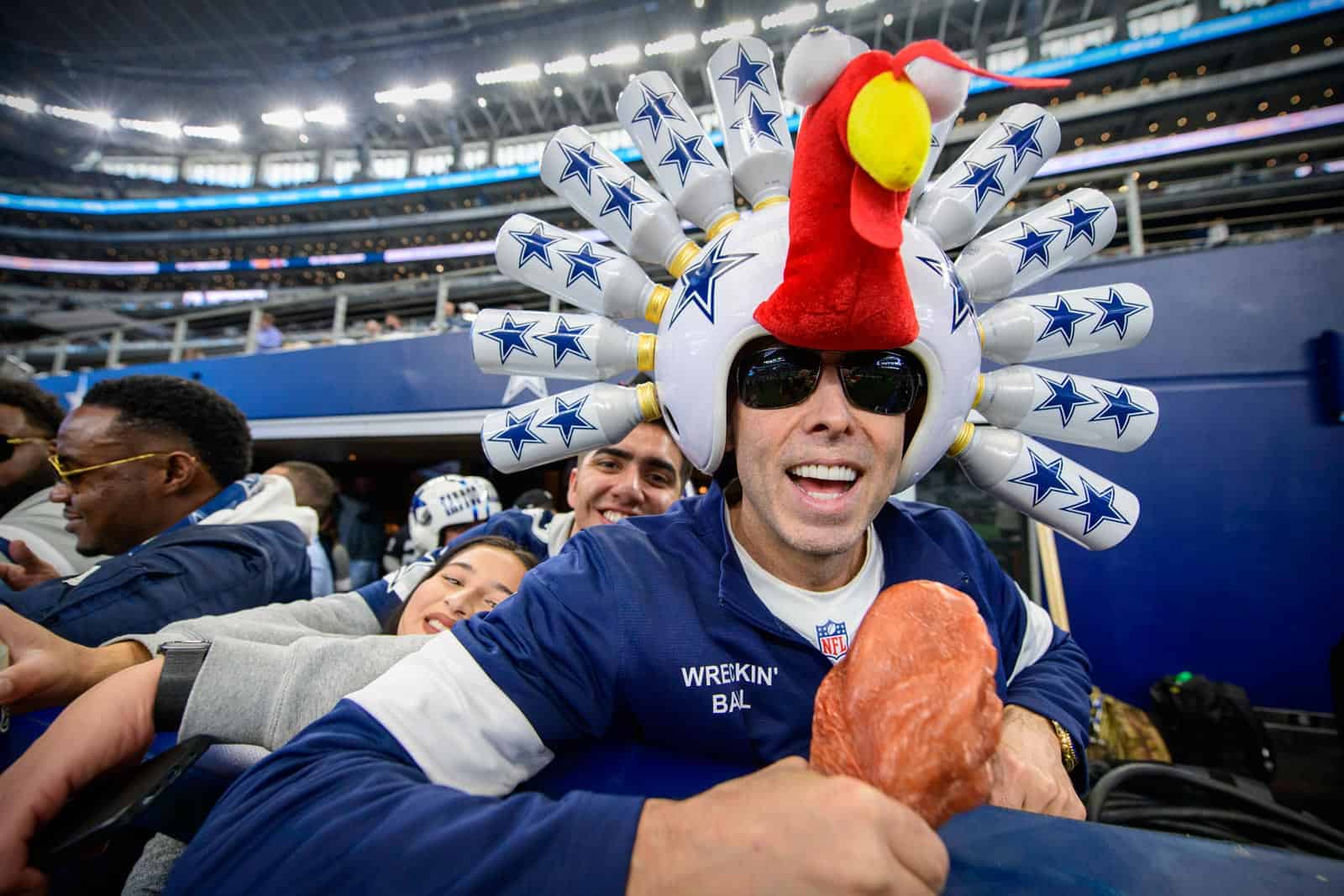 Thanksgiving Day football action this season kicks off at 12:30pm ET on CBS with an NFL Thanksgiving Classic game. The Detroit Lions (4-6) will host the Buffalo Bills (7-3) in that matchup at Ford Field in Detroit, Mich.

Next up is a Football Championship Subdivision (FCS) contest between the Arkansas-Pine Bluff Golden Lions (2-8, 0-7 SWAC) and the Alabama State Hornets (6-4, 4-3 SWAC). Kickoff is scheduled for 3:00pm ET at ASU Stadium in Montgomery, Ala.

The second of three NFL Thanksgiving Classic games follows at 4:30pm ET on FOX when the Dallas Cowboys (7-3) host the New York Giants (7-3) in an NFC East clash at AT&T Stadium in Arlington, Texas.

Football on Thanksgiving Day in 2022 concludes with the Minnesota Vikings (8-2) playing host to the New England Patriots (6-4) at U.S. Bank Stadium in Minneapolis, Minn. The game will be televised by NBC at 8:20pm ET.

For the complete details on the Black Friday games and the remainder of the holiday weekend, check out our full Thanksgiving Football Schedule 2022.