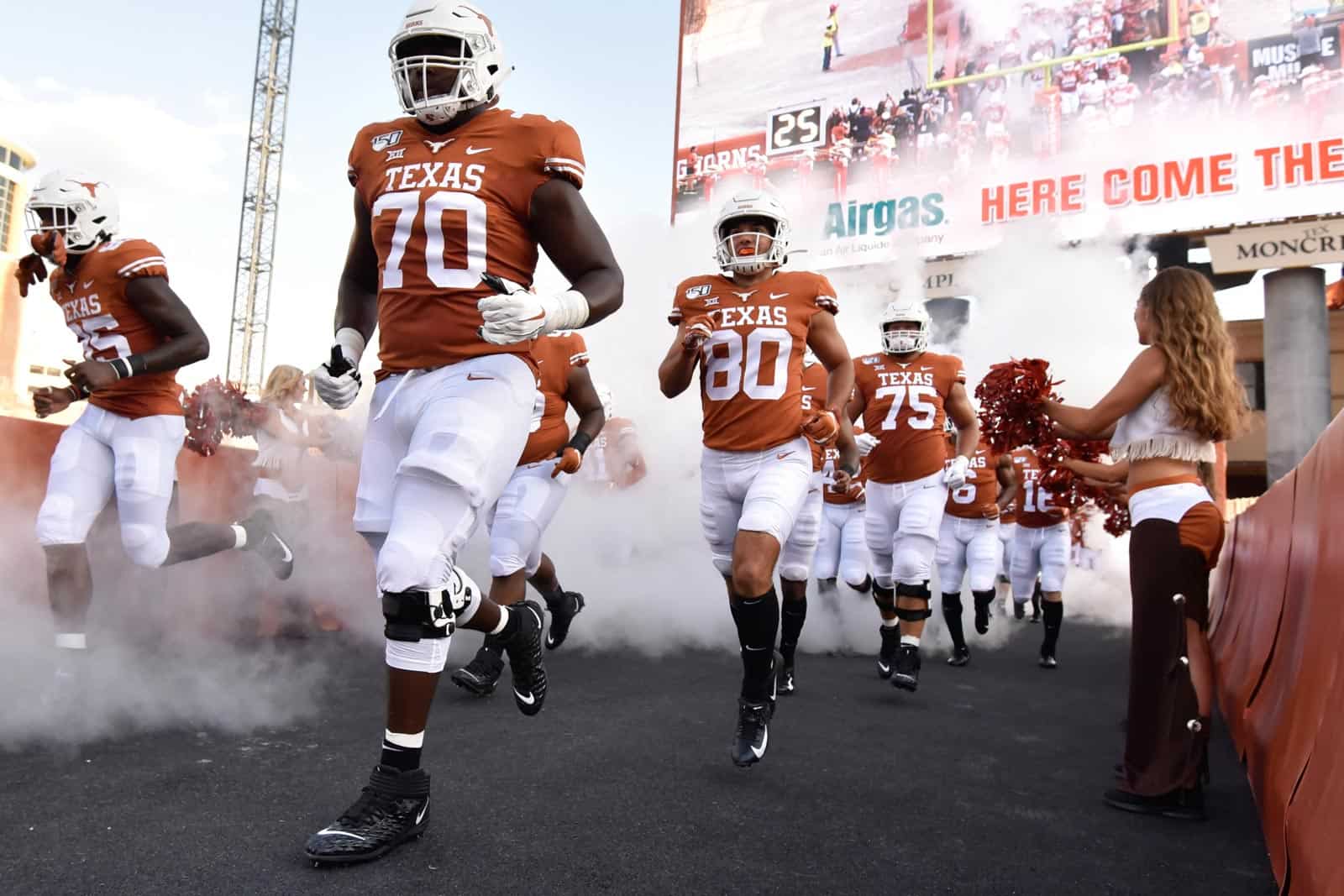 Texas’ impressive 38-10 win over (12) Utah in the Alamo Bowl earned it the No. 25 slot in the final AP poll, making the Longhorns the only 8-5 squad in that set of rankings.

Of the 14 other Power 5 members to also finish 8-5 but not in the Top 25, the most compelling omission is Texas A&M, which finished with 15 fewer points in the final vote and is technically the No. 26 team in the AP.

Though schedule strength is never an apples-to-apples comparison, do the Longhorns really belong in the rankings while the Aggies are out? To attempt to answer this question objectively, take a look at each team’s resume in 2019.

(3). The Longhorns played eight opponents that finished 2019 with a winning record while the Aggies played only six such teams.

(1). The Aggies played six opponents ranked in the Top 25 at kickoff vs. the Longhorns’ 5.

(3). The Aggies played five opponents that finished in the Top 25 vs. Texas’ four.

(4). Again, not only did Texas A&M face an additional foe that earned a spot in the final rankings, its set of opponents were ranked higher than Texas’. Where the Longhorns four ranked foes averaged a 9.25 rank in the final AP, the Aggies’ five averaged a 5.8 rank. To look at it another way – while Texas played an impressive 20% of the final AP Top Ten in 2019, Texas A&M played a whopping 40% of this elite group.

(5). The Aggies didn’t suffer any losses to unranked teams in 2019 while the Longhorns dropped games at unranked TCU and at unranked Iowa State.

(6). While both Texas and Texas A&M played two of the four teams that ascended to the CFP bracket this season, the Aggies are the only team that played both teams represented in the national championship game.

Therefore, while the Longhorns undoubtedly played a tough set of opponents in 2019, A&M’s path to 8-5 was – from a logical standpoint – significantly more difficult.

While its problematic to contend that losses are “quality” losses – that’s precisely the case where Texas A&M is concerned. The Aggies’ five defeats are “better” than those not only of the Longhorns, but of any other team in the FBS.

Does that mean that A&M should be in the rankings instead of not only Texas – which finished with the same record – but any other team with five losses?

Perhaps the issue isn’t so much with the Aggies not being ranked, but instead with the Longhorns finding favor with the pollsters as the only option at 8-5, thereby alluding to some sort of exceptionalism on Texas’ part in 2019.

Though it lost to Washington, Notre Dame, Oregon and Iowa – USC beat Stanford and Utah. The result is very similar to that of Texas’ – two wins over ranked teams, one that is still ranked and one that is not.

Then there is Virginia, the only Power 5 member to finish 2019 with nine wins and not be mentioned in the final AP rankings.

If you’re wondering if it even matters – a low ranking in a final AP poll that everyone is destined to forget about – consider this. If the AP, and the Coaches and even more significantly the CFP committee can’t get it right in the lower end of the poll, could a similar injustice occur at the top tier, where a No. 4 vs. No. 5 rank could cost a worthy team a chance at winning a national title?

Tough schedules for both teams and I believe both teams are better than the #25 and #26 rankings they got in the last AP poll of the 2019 season. The schedule is easier next year for Texas A&M (only 3 top 10 opponents) about the same for Texas.

This was a great article. I think the most important point was the last, if they can get these rankings wrong at the bottom, what does it say about the credibility of the ratings at the top?

A&M usually starts the season off earlier than any SEC team.

Texas A&M did not have a tough road to 8-5. They played 5 great teams and 8 bad teams. They lost to all 5 good teams and beat all 8 bad teams. With the exception of Georgia, A&M was beaten easily in their losses. A&M lost 50-7 to LSU. Texas lost two 2 teams that weren’t good, but at least they did play LSU and Oklahoma close. The only impressive win by either team was Texas’ dominance of Utah. Given Texas had the only impressive win of either team and it was in a bowl game, it is completely expected that Texas would be ranked higher than Texas A&M. You have to do more than get badly beaten by good teams to be considered good.