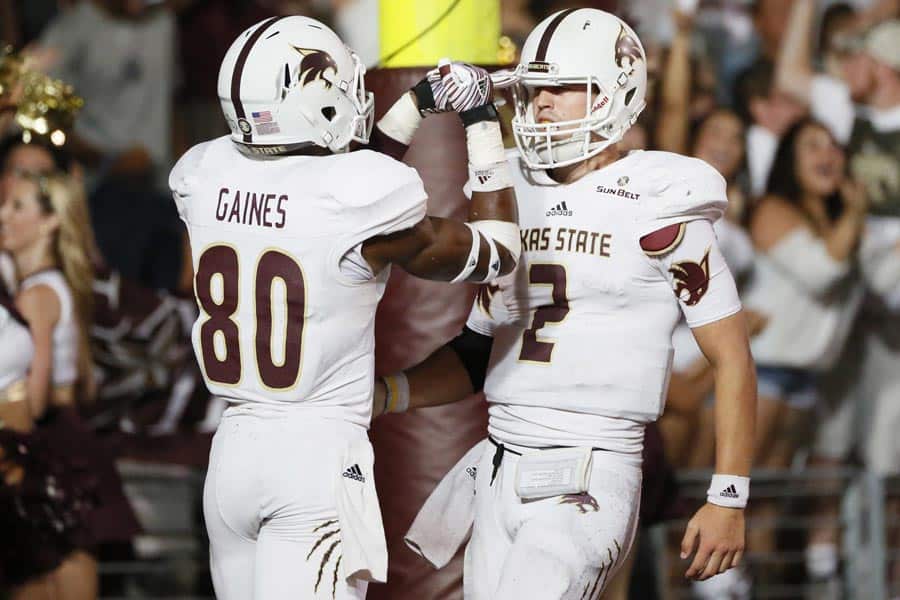 The Texas State Bobcats will play at the Rutgers Scarlet Knights in 2018 and at the Texas A&M Aggies in 2019, FBSchedules.com has learned.

Texas State will travel to face Rutgers at High Point Solutions Stadium in Piscataway, New Jersey on Sept. 1, 2018. The Bobcats will receive a $1.2 million guarantee for their first-ever matchup against Rutgers, according to a copy of the contract obtained via a public records request to Texas State University.

The Bobcats were previously scheduled to host Tulsa on Sept. 1, 2018, so that game will likely be moved to another date the same season. Texas State is also scheduled to visit UTSA on Sept. 22, 2018.

Texas State will visit Kyle Field in College Station to take on the Texas A&M Aggies on Aug. 31, 2019. According to a copy of the contract, Texas State will receive a guarantee of $1.3 million.

Texas State now has three non-conference games set for the 2019 season. The Bobcats are also slated to host Wyoming on Sept. 7 and visit SMU on Sept. 14.

Texas A&M also has three non-conference games scheduled in 2019. A week after opening the season vs. Texas State, the Aggies travel to take on Clemson (Sept. 7). A&M later hosts UTSA on Nov. 2.