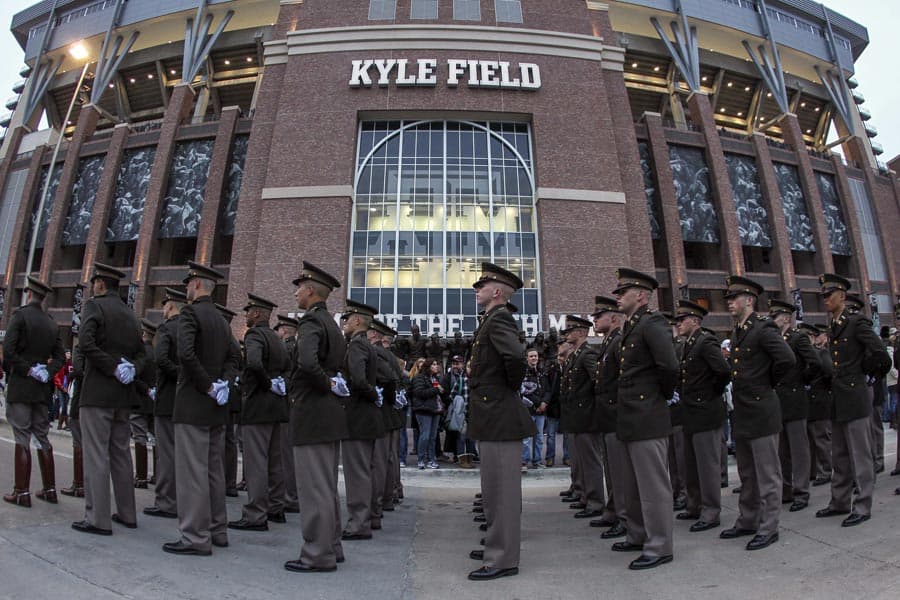 The Texas A&M Aggies and the Colorado Buffaloes have scheduled a home-and-home football series for 2020 and 2021, the schools announced today.

Colorado will travel to face Texas A&M at Kyle Field in College Station on Sept. 19, 2020. In the second and final game of the series, the Buffaloes will host the Aggies at Folsom Field in Boulder on Sept. 11, 2021.

Colorado and Texas A&M have met times times, and the Buffaloes lead the overall series 6-3. The two schools met eight times when both were member of the Big 12 Conference.

The Buffaloes have also officially announced a 2022-23 home-and-home series with the TCU Horned Frogs that was first reported yesterday.

“We feel these series with two of the preeminent schools in Texas are important for several reasons,” Colorado athletic director Rick George said. “With the emphasis we put on recruiting in the state of Texas, it is vital that we return to areas both in the northern and southern areas of the state. We played a number of road games there in the 1990s and 2000s and need to get back there, we have a good alumni base in Texas who will enjoy seeing us return, and fans of A&M and TCU travel well and will like coming to Colorado.

“Lining up these two quality opponents at this time is great for us, as practically every day you read about an agreement between teams scheduling up to a decade down the road,” George added.  “Schools are scheduling tougher non-conference games in case they are in position for the College Football Playoff or to quality for a ‘New Year’s Six’ bowl game, and at the same time, you need attractive opponents to help with season ticket sales and to earn maximum revenue from your gate.”

“We are excited to renew the series with Colorado — a familiar opponent and road destination for our fans,” Texas A&M Director of Athletics Eric Hyman said. “Texas A&M has played some great games against Colorado in the past, both in and out of conference play. We look forward to hosting a Pac-12 opponent at Kyle Field and then returning to scenic Colorado.”

Texas A&M cancels the Oregon home-and-home series. Then schedules Colorado to a home-and-home. Should change their name from the Aggies to the Chickens.