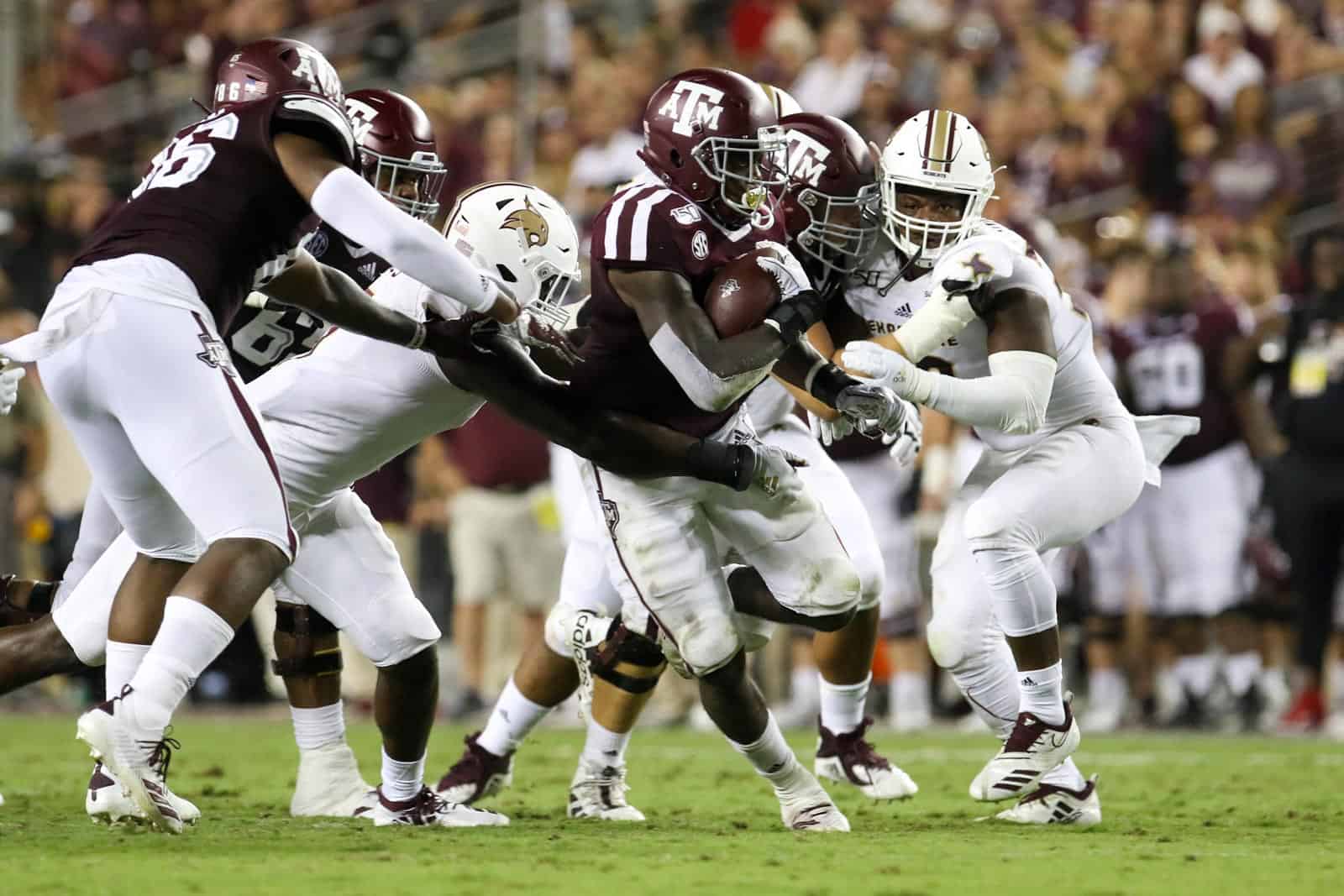 The Texas A&M Aggies have added the Texas State Bobcats to their 2027 football schedule, FBSchedules.com has learned.

A copy of the football game agreement with Texas A&M University was obtained from Texas State University via a state of Texas Public Information Act request. The contract was executed on Sept. 10, 2021.

Texas A&M will host Texas State at Kyle Field in College Station, Texas, on Saturday, Sept. 4, 2027. The Aggies will pay the Bobcats a $1.4 million guarantee for playing the game, according to the copy of the contract.

Texas A&M and Texas State first met on the gridiron in 1919 when the two schools were known as Agricultural and Mechanical College of Texas and Southwest Texas State Normal College, respectively. The Aggies defeated the Bobcats in their most recent matchup in 2019, 41-7, and now lead the overall series 3-0.

With the addition of Texas State, Texas A&M now has all four of their opponents lined up for its non-conference schedule for the 2027 season. Following the season-opener against Texas State, the Aggies are scheduled to travel to take on the Arizona State Sun Devils on Sept. 11.

Home games at Kyle Field against the New Mexico Lobos on Sept. 18 and the Arkansas State Red Wolves on a date to be determined round out Texas A&M’s non-conference slate in 2027.

Texas State now has two non-conference games scheduled for the 2027 season with the addition of Texas A&M. Following the game in College Station, the Bobcats will travel to San Antonio to face the UTSA Roadrunners on Sept. 11.

Since the SEC is almost guaranteed to move to 9 conference games by 2026, something is going to have to be cancelled.